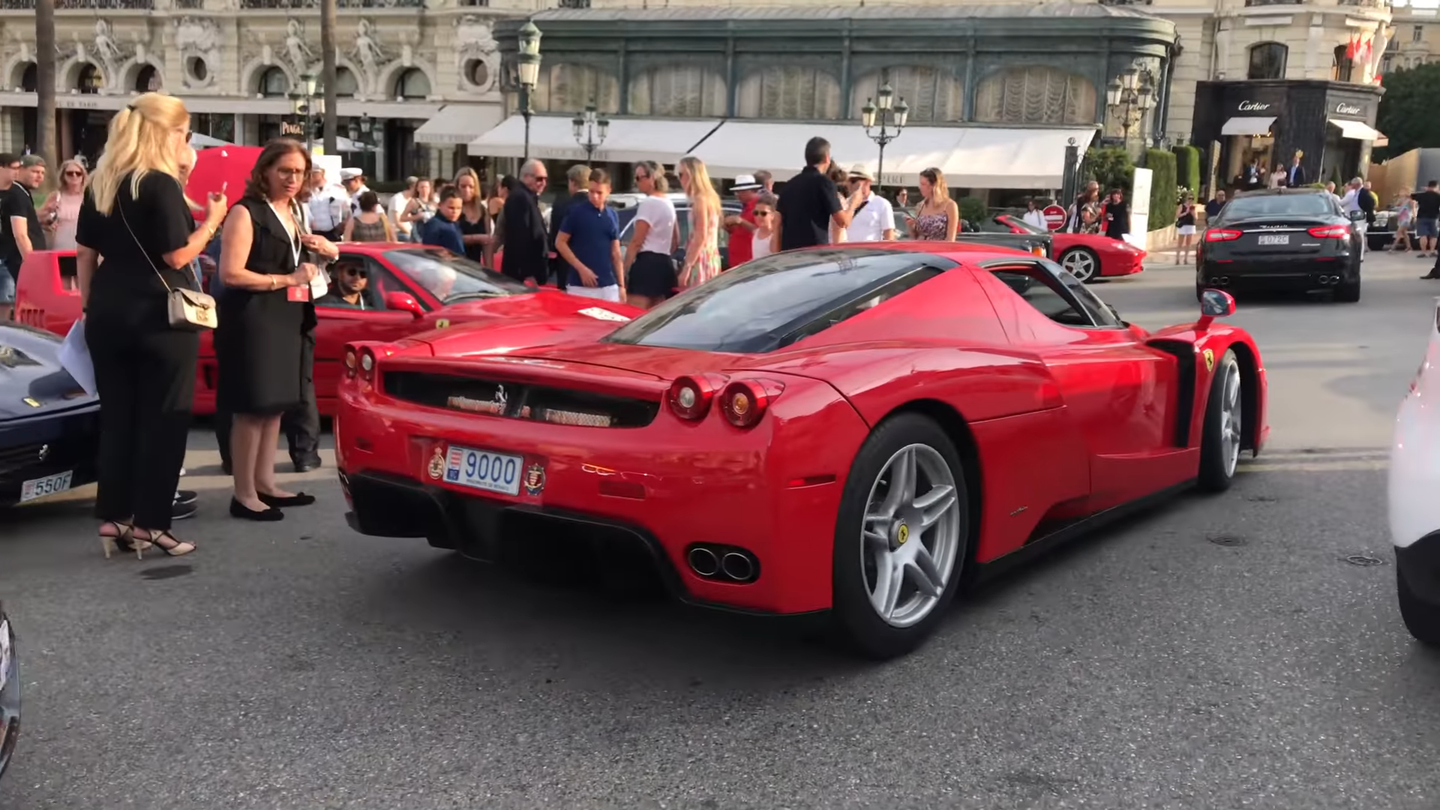 Monaco is the super car capital of Europe. Located along the breathtaking French Riviera, this small country isn't just some fancy exotic tourist spot that happens to attract celebrities; the principality has high-octane blood coursing through its veins, as it hosts the prestigious Monaco Grand Prix every year. Since more and more wealthy car owners are flocking to Monaco, the country has become a haven for rare super cars, especially Ferraris. One professional car spotter happened to film an average day in the life of a Monaco resident for us all to drool over.

Resident super car spotter NYCarspotter posted a video on Tuesday that showcased some of the rarest and most desirable Ferraris on the planet, all congregated in the Monte-Carlo district in Monaco. According to the uploader, this compilation was filmed over just a few days, but what a collection of fine automobiles that is. Aside from the usual crowd of custom Ferrari 458s, 488 GTBs, and '90s V12 'Raris, the photographer managed to spot two F40s, an F50, an Enzo, some LaFerraris, and even an F12 TDF. We also get a close-up view of an insanely rare Ferrari 275 GTB Competizione Speciale, owned by a man with a passion for 275s.

The compilation has everything a car spotter loves, including a LaFerrari ride-along, car startups, car shows, and even tunnel runs under the Fairmont Hotel. It's safe to say that vacationing in Monaco should be at the top of every super car lover's bucket list.