This is What $30 Million of Ferrari Looks Like at Speed 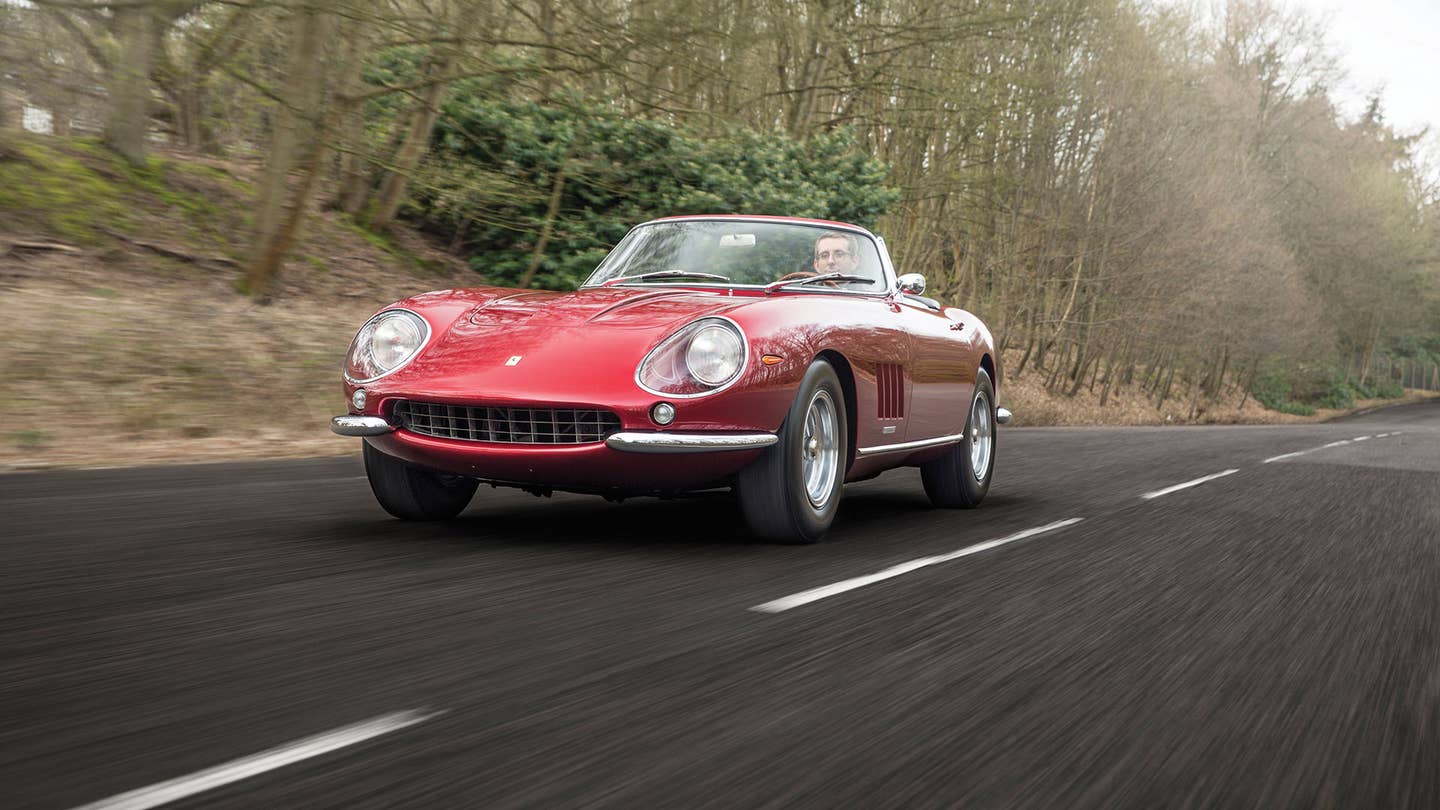 As we just showed in one ludicrous slideshow, vintage Ferraris are some of the most valuable cars on the planet. If it's red, has a five-speed and a Colombo V12, odds are that Ferrari is a seven-figure car. One of 10 high-powered, special-order convertibles hand-bodied by Scaglietti? You're looking at eight figures. This car, the 1968 Ferrari 275 GTS/4 NART Spider, is expected to go for $30 million when it's auctioned in Monaco on May 14th. That's about $2.5 million per cylinder, $5 million per Weber carburetor, or $7.5 million per Borrani wire wheel. Even for Monaco, that's rich.

Though it's not the car that starred with Faye Dunaway and Steve McQueen in The Thomas Crowne Affair, it's led a similarly glamorous life. The only NART car sold in Europe, this rosso Ferrari 275 was sold to a Spanish colonel, and may or may not have been taken round trip to northern Africa. It was then bought by a Brit who brought to England and repainted it with the deep red you see here (the original was grey) before being transferred to a Swiss owner. The Alps make for good driving, don't you know.

As perhaps the world's most valuable Ferrari convertible, chances are this 275, once purchased, will be shuttled quickly into a climate-controlled garage; you won't see it under power unless you happen to be the caretaker of some Saudi prince's underground car vault. Take the chance now, then, to see what $30 million looks like under full throttle. Until they learn how to motorize a mansion, this is it.