The U.S. has Mustangs crashing at meets; the UK has, well, VW Polos. 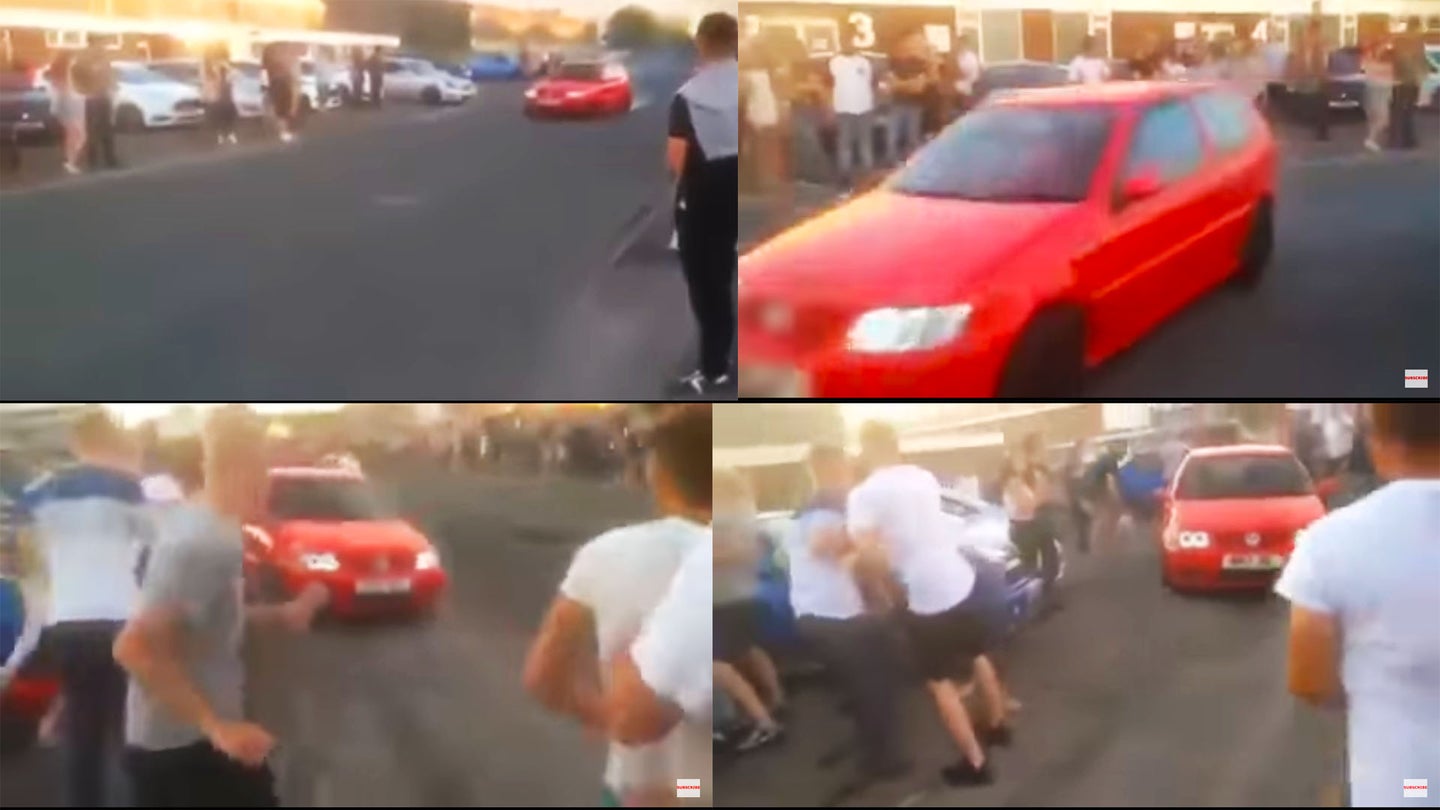 Cheltenham Cruise is one of the most enduring regular car meets in the UK. When this casual, organic meet up started 20 years ago, the UK car scene was dominated by heinous bodykits on tiny FWD hatchbacks, and a showroom standard GTR-badged Nissan would come with about 280-bhp (according to the brochure at least).

Throughout the years, and up to the present day—when the GTR makes comfortably more than double that figure and the fractured UK car scene now favors drifters, track-day narcissists and stanced monstrosities—the one thing that has remained constant is the inevitable showing off and reckless displays of sub-par driving.

Case in point: This guy in a VW Polo.

After showing off his sick aftermarket headlights in the slowest and least impressive drag race in history, and with no clear reason, he decides to—in the immortal words of Bow Wow in everyone's least favorite Fast and Furious movie—POP DAT E-BRAKE.

Luckily no one was seriously injured by this but several were rushed to hospital and kept in for concussion and some other pretty nasty bumps and bruises, and several cars were damaged.

It doesn't sound or look as impressive as a 500+bhp Mustang fishtailing up the road before ploughing into oncoming traffic, but this encapsulates nicely some of the less savory characters we have in the UK modified car culture.