Watch This Ford Edge Create a Path of Destruction

It is unclear what started this impromptu Fort Worth demolition derby. 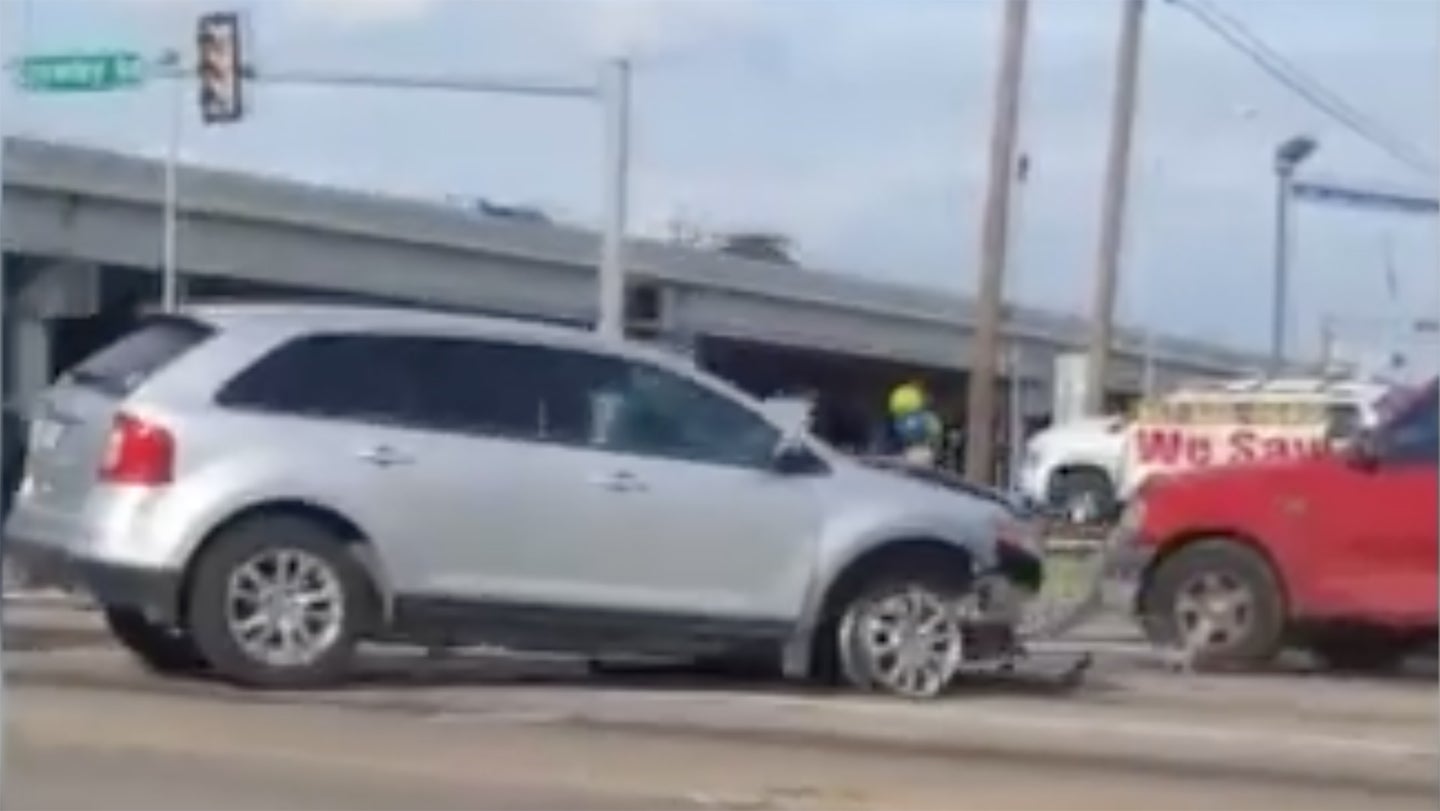 What do you do when you see an erratic driver crashing into cars repeatedly? You stay far away and call the police. As you can see in this cell phone video captured in Forth Worth, Texas, a Ford Edge was driving in a dangerous manner and suddenly began crashing into cars.

The first collision took place near Granbury Road and Interstate 20, when the car crossed a median and slammed into a red Ford F-150, according to reports. The driver than continued the rampage, putting the vehicle into reverse and driving off on rims. As debris and parts of the car continued to fly off the Ford Edge, the videographer announced the driver's license plate—most likely for later use with the police.

According to Fox 4, the driver was later arrested on unknown charges and one person may have been taken to the hospital. it is unclear whether or not the driver was under the influence of any substances.

On a totally separate note, what car was the videographer driving? We noticed it had a fairly nice sounding exhaust note when he was catching up to the car.