The small ute has never seemed so heroic. 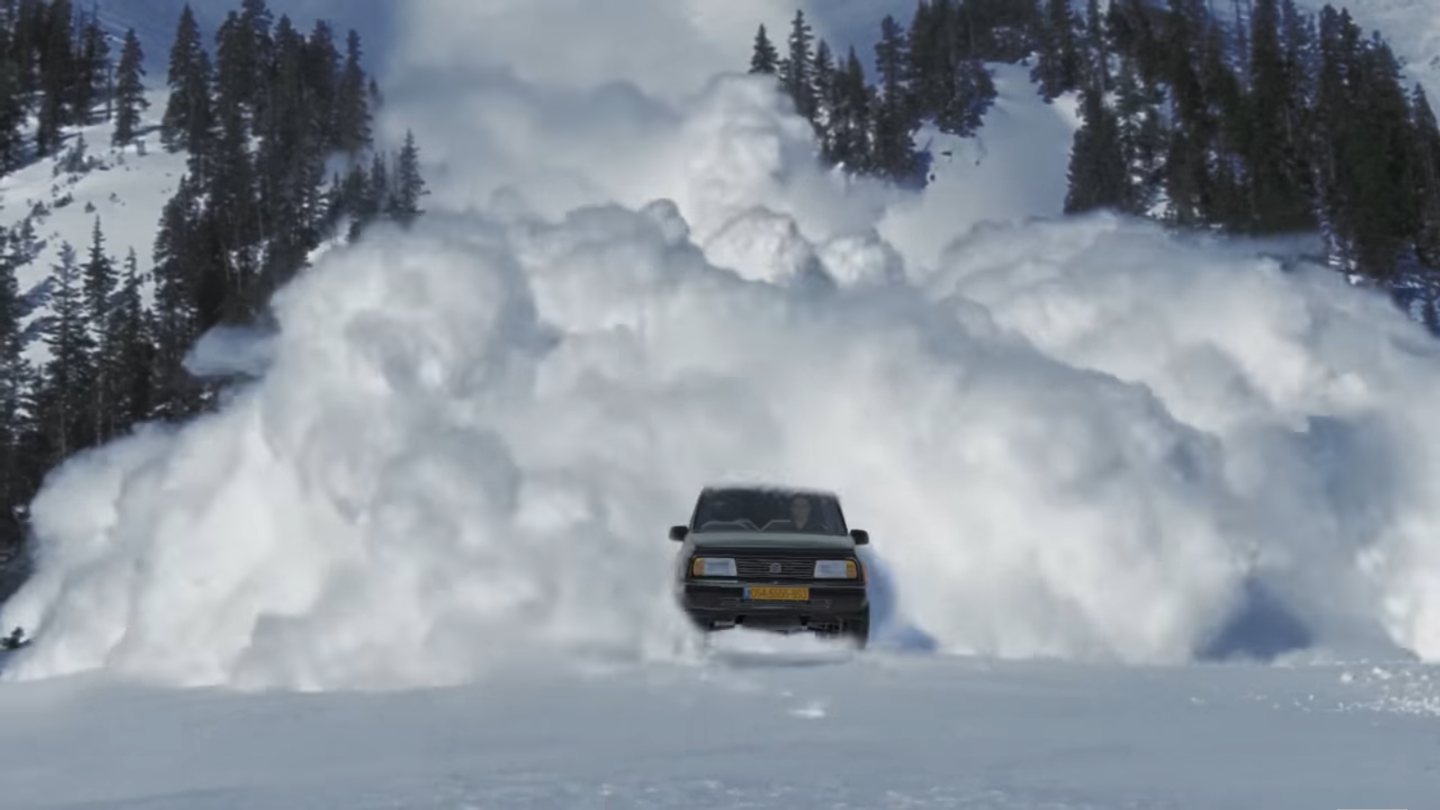 Do you remember the Suzuki Grand Vitara? It was the Samurai's big brother, and it competed against the Mitsubishi Raider and other small offroaders. It isn't best known for its 4x4 capabilities, but it was a solid choice that sold in solidly big numbers. The used market is littered with them, making it a bit hard to help your Grand Vitara stand out against the rest; however, this guy seems to have done the trick. By taking clips from popular movies and action scenes, he edited his Suzuki into each of them, making it seem tougher than ever before.

This footage does a better job of making the Grand Vitara look good than anything Suzuki produced. Its otherwise mundane specs seem better than they have any right being when their set against avalanches and Jurassic Park, and it's got me thinking about what it'd be like to own this very car.

Some of the more laughable clips include the car driving through the ocean then catapulting to the moon, driving behind Neil Armstrong during the famed Apollo mission. The seller goes on to claim that the Suzuki "may not have experienced" all of this, but that would explain its "exellent condition" ... we'll forgive him for the typo.

Have you seen an ad better than this? We know that Craigslist's best is full of great text listings, but I haven't seen many go through the trouble of making a video like this. Check it out and drop us a line in the comments or here at The Drive's Facebook!

For Sale: This 2011 Suzuki Equator, World’s Most Basic Truck

The most anonymous of trucks helped me get a good deed done for a nice guy.