Like waterskiing with cars, and the Alps instead of Lake Winnipesaukee. 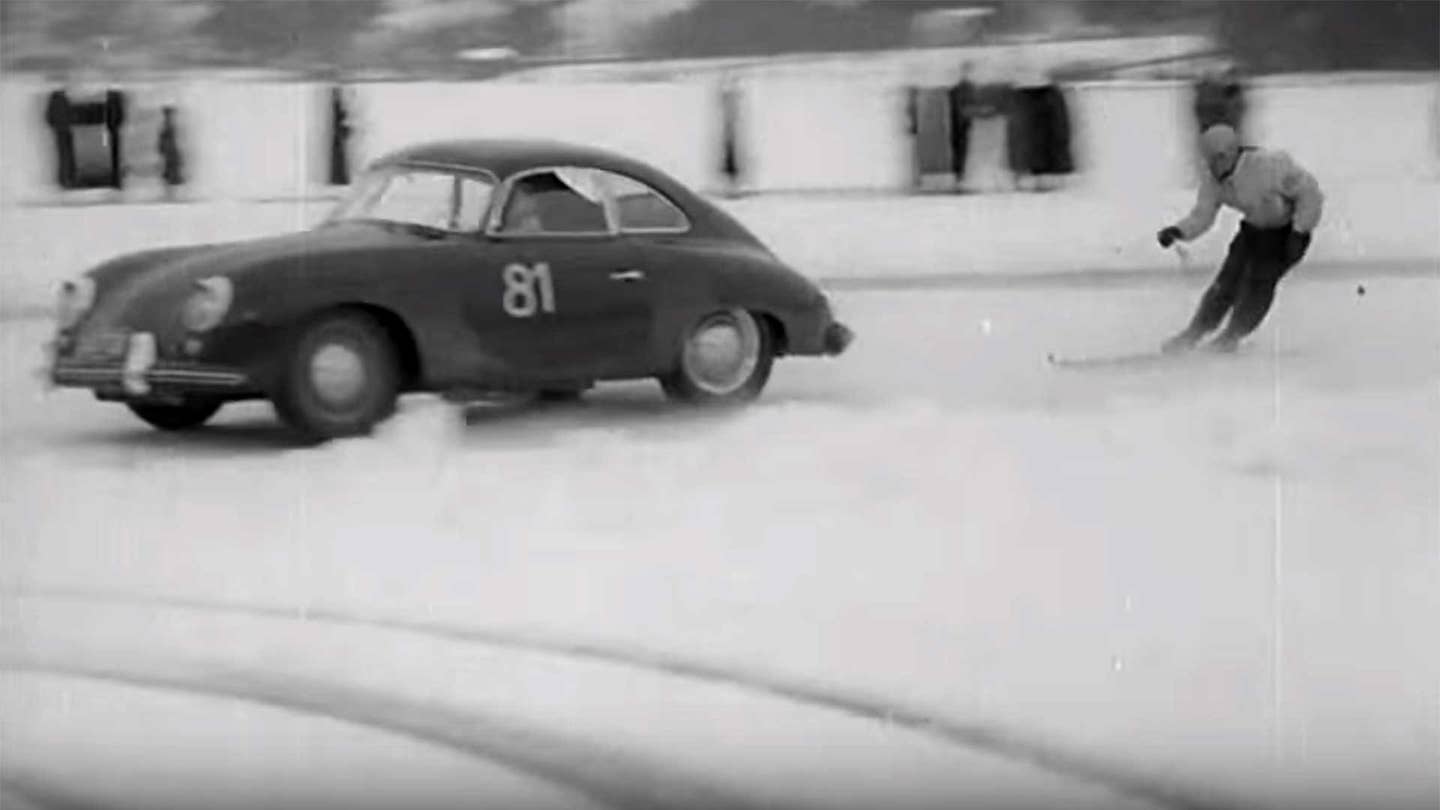 There you were, thinking that bull-running was the most dangerous sport. However, according to the crack archivists at British Pathé, the title rightly belongs to motorskiing, an auto-human hybrid popular in Bavaria in the Fifties. Picture: waterskiing, but with snowy mountains replacing lakes, and a platoon of Porsches and Volkswagens instead of your uncle’s Chris Craft. Oh, plus a band of Bavarian daredevils, skiers and drivers alike.

From a cold start, the pairs would set off: Johann tethered to a Porsche 356 Coupe, Josef hitched behind a 550 Spyder and Jürgen behind a Volkswagen Beetle. Sweetly, some of the skiers “skate” to lessen the load on the cars.

What followed, if the video is to be believed, was a riot of oversteer at speeds up to 100 mph. The cars—all rear-drive—are sideways over the snow and behind them, in goggles, the skiers are crouched in that classic Alpine speed stance, edges engaged to channel the power of those flat-four engines. Against the odds, no man crashes, which means that on at least one day, the wild motorskiers of Bavaria undertook their insane sport without any grievous injury. That can’t have been common.