il Commendatore was born on this day in 1898. Somewhere in heaven, he’s wearing a great pair of sunglasses. 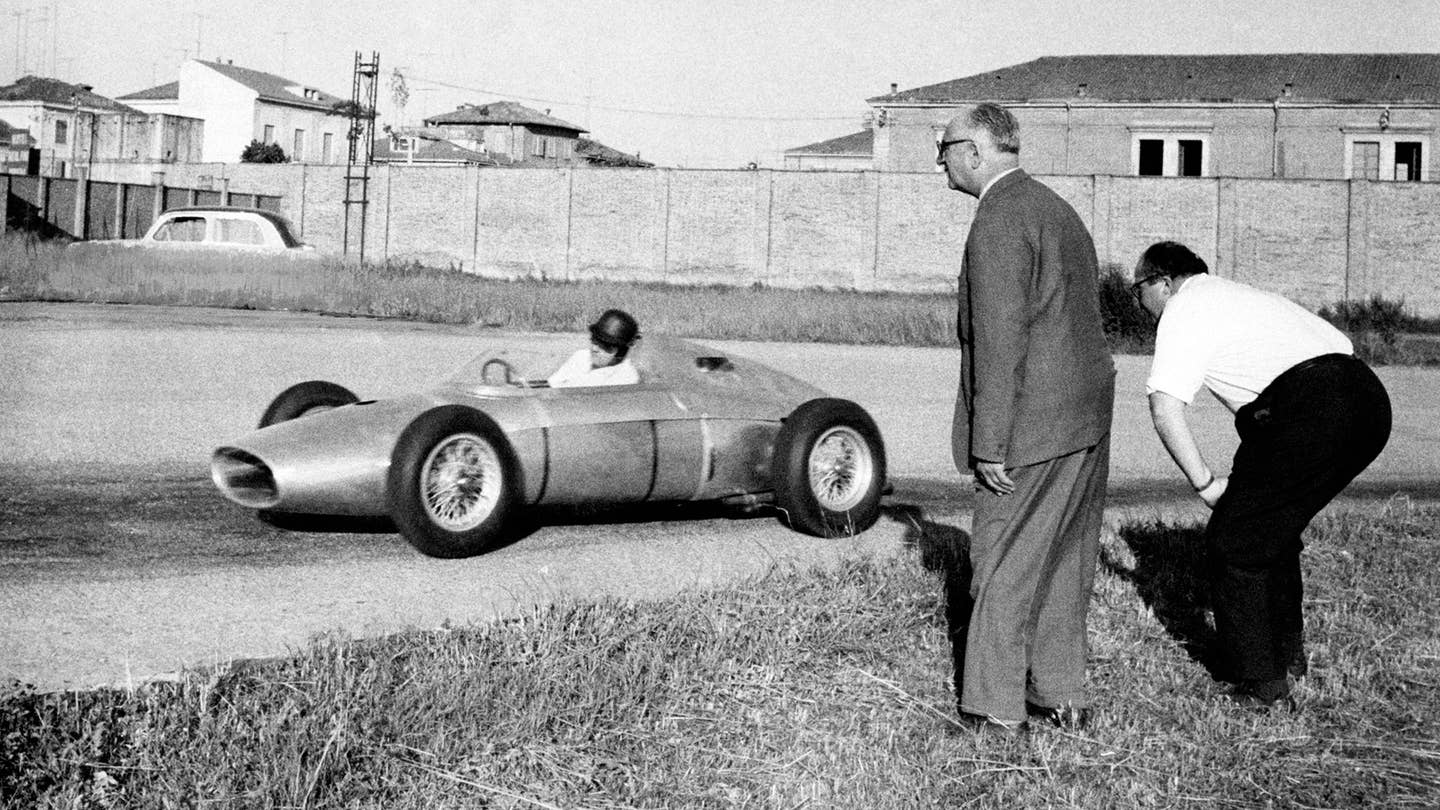 Enzo Ferrari founded the world’s most storied sports car company. For that, we celebrate him today, on what would be his 118th birthday. But of course, Enzo—he of the shades, the imperious smirk and the mistresses—was more than a sedate founding father. He was the consummate Italian executive, teasing and taunting his engineers and racing drivers into fits, pushing them to race beyond, somehow, their copious talents. (Enzo even kept a spare room filled with broken components, a cottage of shame, where he’d exile engineers to study their failures.) Near the end of the latter decade, as the famous story goes, a financially-ailing Ferrari refused a takeover bid from Ford with language so colorful, the Blue Oval started a whole Le Mans program. The man was style, pomp and ire.

Here, see Enzo in a fresh suit—Ermenegildo Zegna? Probably—leering from the apex of Ferrari’s Maranello test track as Martin Severi canes a rear-engined racing prototype. Even as he became an international figure, the father of the great Scuderia, Enzo never stopped pushing his employees and cars to new heights. Fitting that he died just after the reveal of the Ferrari F40, perhaps the brand’s most iconic road car to date. Happy Birthday, Enzo, and here’s hoping there are plenty of apexes in the afterlife.