The first long-range EV for the masses may compliment mass transit in LA. 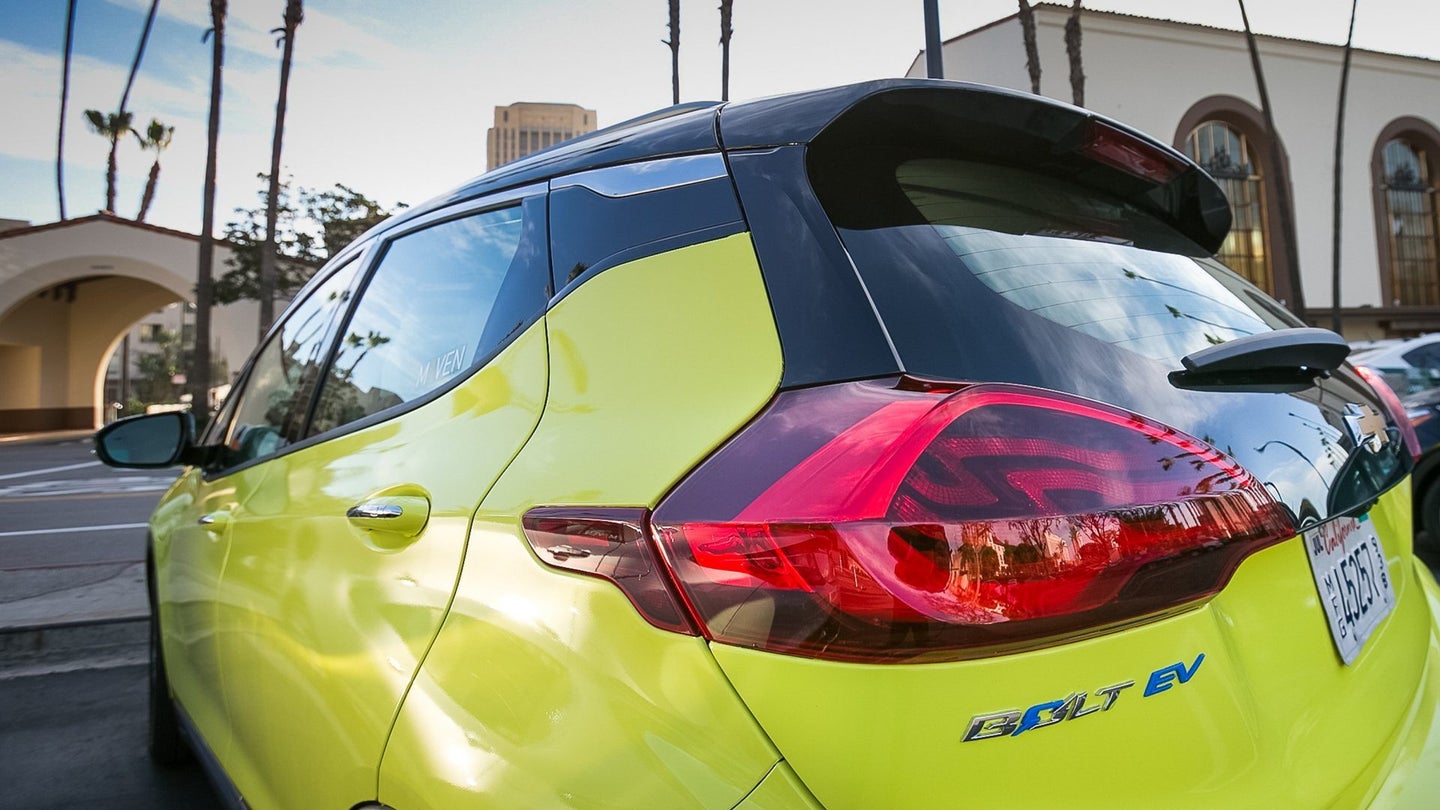 Los Angeles is Maven's fastest growing carshare markets, and today it got even bigger. The company added 100 electric Chevrolet Bolts to its LA fleet that will be placed in popular destinations throughout the city.

The additional supply of zero tail-pipe emissions vehicles may encourage visitors to travel car-less if they know an ad hoc vehicle rental solution is available nearby, potentially encouraging public transportation use and reducing traffic. For General Motors, which owns the ZipCar-like service, it's an opportunity to show off the first mass market EV with a more than 200-mile driving range to its prime California demographic.

These Chevrolet Bolts are available for Maven members to rent for $12 an hour, insurance and electricity included. The Bolt has an EPA estimated 238-mile driving range between charges, and access to EVgo Freedom Station's network of chargers is free. Unlike its competitors Car2Go and BMW ReachNow, vehicles must be returned to a pre-selected destination by a scheduled time. However, Lyft drivers will also be able to rent these electric crossovers through the Express Drive program on a weekly basis.

Autonomous Bolts are on the way

Maven is available in 17 cities, but Los Angeles is the only location at present offering Chevy Bolts. However, these SUVs will be added to San Diego and San Francisco in the next few months. These additions are part of Maven's broader goal of collaborating with municipalities to compliment public transit networks. The car sharing company will eventually offer a fully electric autonomous network of vehicles tied to mass transportation stations to encourage more drivers to leave their cars at home when visiting the city. In 2016, L.A.'s Metro bus system experienced a 10% decline in ridership, possibly due to an increase in ride-hailing services.