Autonomous cars are a given. Our relationship with them is still yet to be defined. 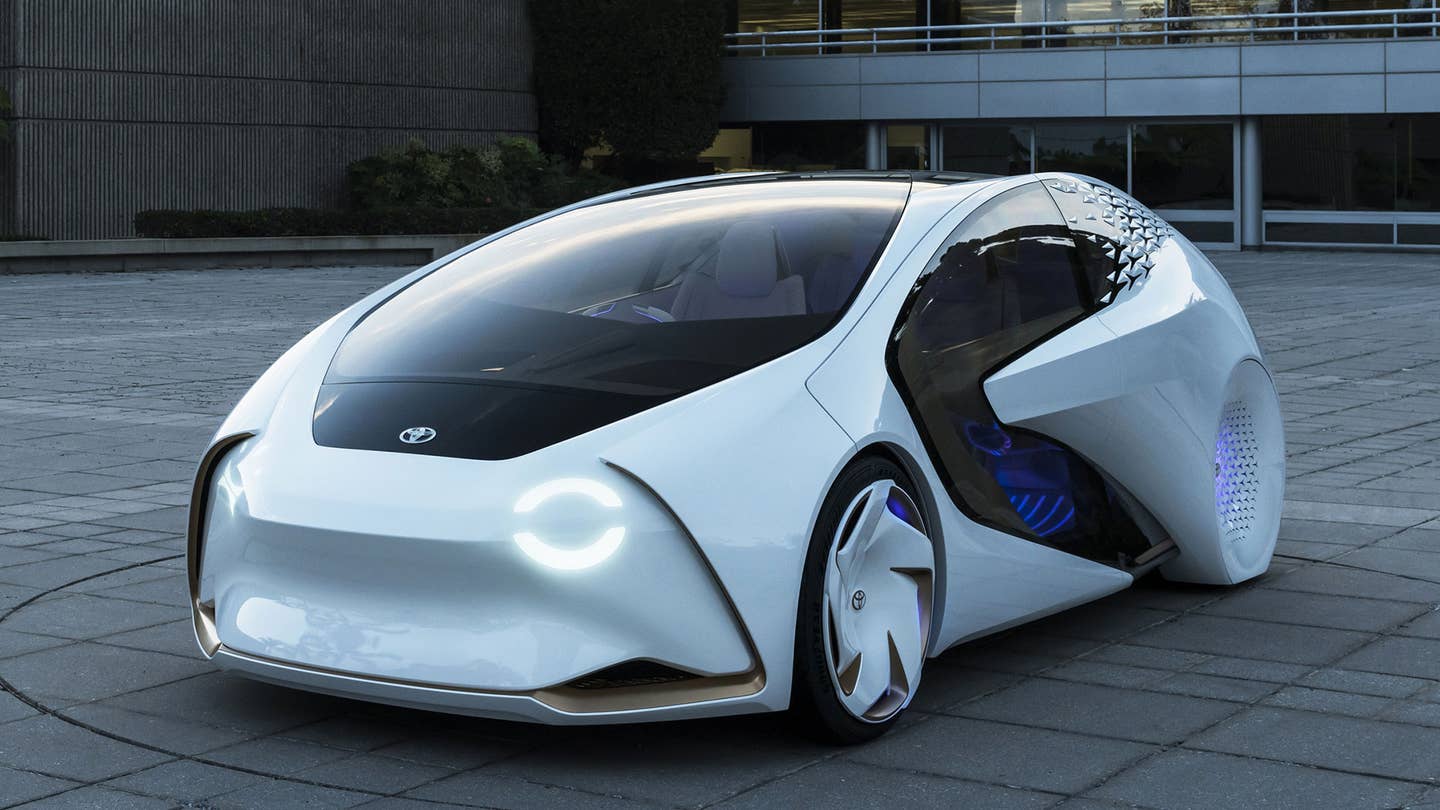 Meet Yui.  Despite the picture of a car with fancy doors that automatically slide open when the driver approaches you see above, Yui isn't a vehicle. Rather, it's an artificial intelligent "agent" that gets to know you, and personalizes the vehicle's settings to your preferences.

Toyota revealed Yui—and the Concept-i vehicle it resides in—at the 2017 CES as a design exercise to highlight the next-generation of autonomous vehicles. The carmaker is skipping the fully-autonomous bit this year; instead, Toyota is aiming to move conversation surrounding autonomous vehicles beyond the technical capabilities and focus on the relationship between self-driving cars and their occupants.

"The question isn’t if vehicles will be equipped with automated and connected technology—of course they will—but what will our relationship with the technology be," asked Bob Carter, senior vice president of automotive operations for Toyota Motor Sales. "Will it be cold and sterile, or warm, friendly, engaging, and immersive?"

For Toyota, the answer is the latter. Its concept car's AI system learns its driver's preferences and lifestyle, and pays attention to his emotions. It can anticipate the driver's needs and set vehicle preferences based on moods.

"The more you drive, the smarter it becomes," says Carter.

While the Concept-i looks cool, don't expect to see this car on the roads any time soon. Toyota Research Institute's Gill Pratt later took the stage to explain in great detail the difference between the Level 2 autonomous features we see on the road today and the Level 4 and Level 5 that will eventually enable the driver to cede control to the car.

"It could take decades for a significant portion of the U.S. to function at Level 4 or above," he told the audience.

This means that while Toyota demonstrated that it's fully capable of designing futuristic AI-driven machines, at least in the short term consumers can expect they need to keep their hands on the wheel and eyes on the road, and enjoy the soon-to-be-revealed Entune 3.0 that it's putting in vehicles this year.