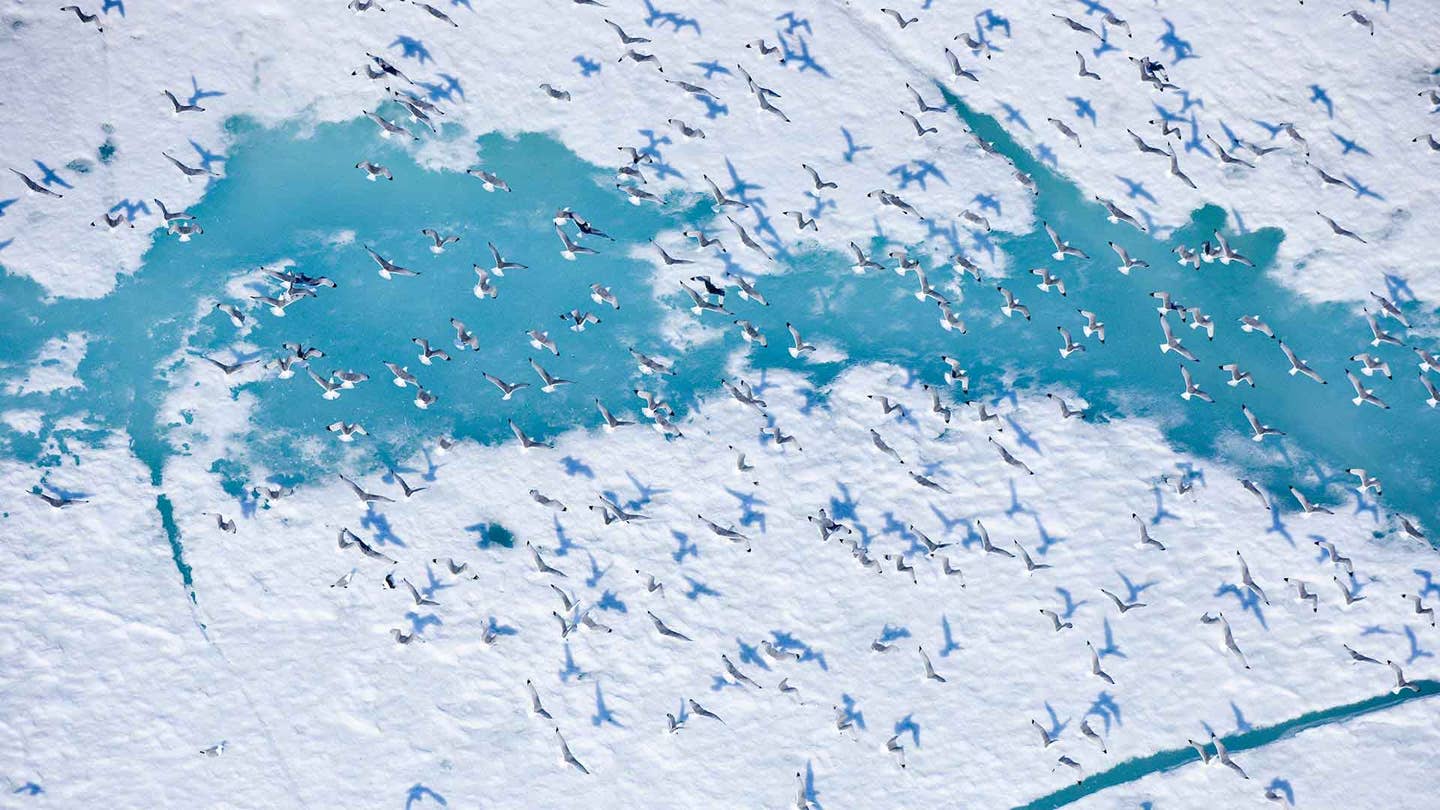 In the end it wasn't a flotilla of “kayaktivists” in Portland, Oregon, that forced Shell Oil to abandon its plans to drill in the Arctic; nor collective pressure brought to bear by allied environmental groups; nor even the souring of a half-century partnership with Lego. In a stroke of irony, cheap oil might just have saved a fragile part of the planet.

Shell drilled a single well this summer off the shore of Alaska, in the Chukchi Sea, and while some oil and gas was present, the results were deemed disappointing. How disappointing? To put a number on it, the energy conglomerate is claiming a $7 billion loss.

It's a blow that follows on the heels of several accidents, including the running aground of a floating drill rig in 2012. Drilling in the Arctic, even if it were lucrative, is a difficult image to spin. Bombarded by pictures of shrinking ice fields and emaciated polar bears, even a somewhat jaded public has a hard time accepting oil rigs sitting in the foreground against a pristine barrenness.

When Greenpeace created a protest video featuring Lego and a slowly creeping oil flow, it immediately went viral. Currently, “Everything is NOT Awesome” is sitting at 7.5 million views, and Lego has announced their contract with Shell Oil will not be renewed in 2016. The partnership stretches back to branded gas station playsets from the 1960s. Mind you, oil companies are used to glossing right over attack ads and negative press. However, drilling in the Arctic isn't just difficult for Shell's PR team, it's tough on the engineers, too—and expensive.

In the meantime, you can buy a Tesla P90D with a holeshot that'll go door-to-door with a 911 Turbo and doesn't use any oil.

Shell estimates their current expenditure on exploration of Northern reserves to be $3.1 billion, with a further $1.1 billion in contractual obligations to be paid out. They'll be writing the entire expenditure off, pulling out of the Arctic for the the foreseeable future. It's a surprising move, given the claimed reserves on tap beneath the shallow Arctic seas. Environmental groups are calling it a victory against big oil, and a win for the planet. From an economic standpoint, it's simply cheaper to pull oil out of the ground in other methods. Further, the currently depressed price of oil makes risky and ambitious projects like Arctic drilling's long supply chains untenable in the short term.

You can see the same slowdowns happening in the Gulf of Mexico, and in Canada's tar-sands. With a glut of oil on the market, oil companies are slowing production and shuttering wells. Risky operations just aren't worth the hassle, monetarily, or in the media spotlight. The oil remains there in the darkness and the cold, ready for those who would take the risks to get at it.

In the meantime, you can buy a 200 mph family sedan that still gets 22 mpg on the highway in the Dodge Charger Hellcat; a futuristic range-extended electric blade of a sports car in the BMW i8; or a twin-motor electric Tesla P90D with a holeshot that'll go door-to-door with a 911 Turbo and doesn't use any oil. Demand is down, but fun levels don't seem to be dropping.