Finally, a McLaren you can afford. Sort of. 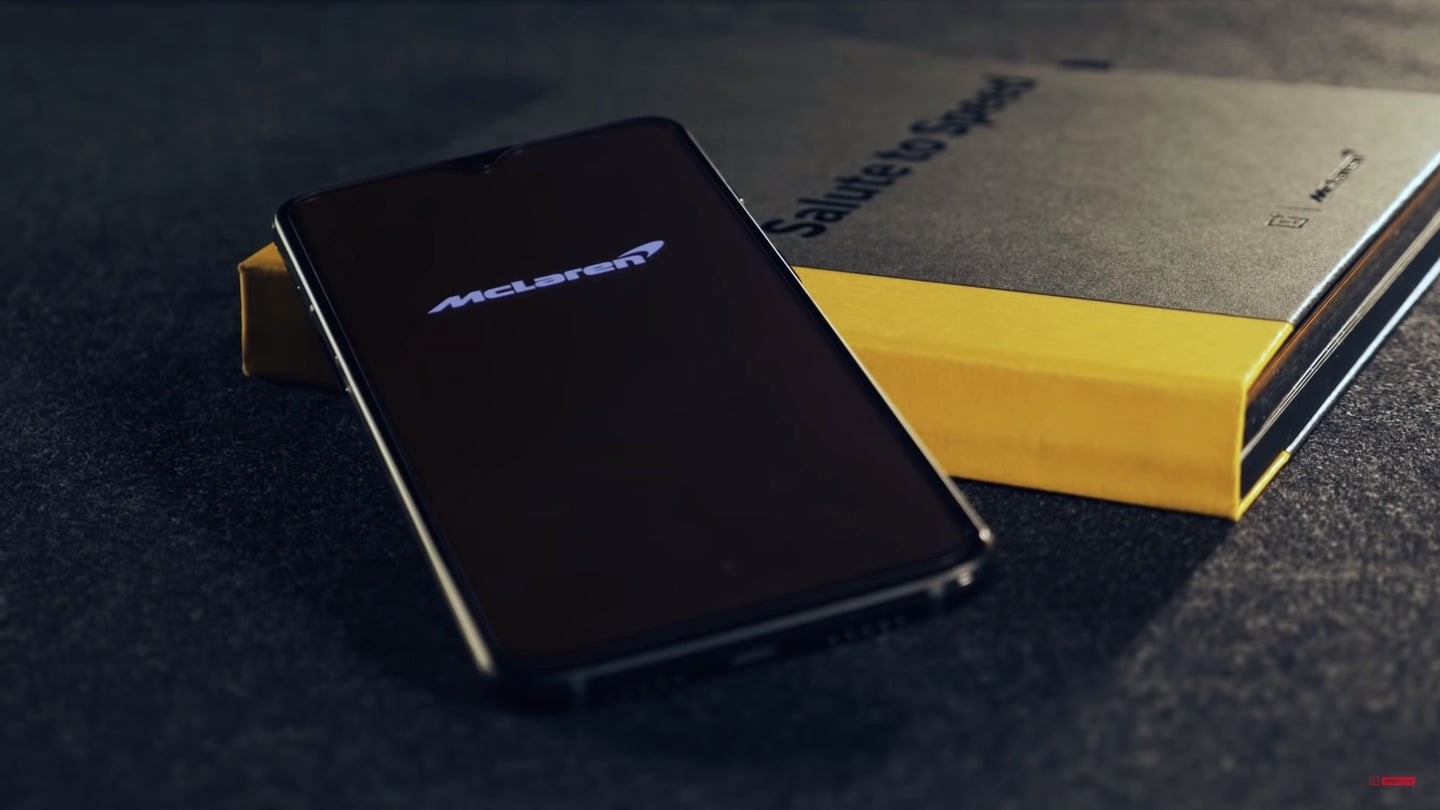 Chinese smartphone maker OnePlus has, for reasons somewhat beyond our understanding, come out with a special McLaren Edition of its OnePlus 6T flagship device. Hocked alongside the tagline, "Salute to Speed" (Fast cars, fast phones. Okay, I think we get it now), the McLaren Edition 6T comes in orange-and-carbon trim, is bundled with a handful of Macca-themed goodies, and gets a number of under-the-skin enhancements to make the thing browse Instagram with the urgency reminiscent of a 720S supercar.

Finally, a McLaren you can afford—if you've got $699 to splash on a new phone, that is.

The racing-inspired OnePlus sports a carbon-patterned backside accented in McLaren's signature Papaya Orange as well as the British automaker's logo, naturally. The pretty glass houses a whopping 10 GB of RAM—up from the maximum 8 GB you get in the regular 6T—and something the tech firm calls Warp Charge 30, which apparently allows the phone to gain an entire day's charge (50 percent) in just 20 minutes.

OnePlus has gone on and McLaren-ified the software as well. In addition to some cool, orange-hued live wallpapers, the special edition smartphone gets a different screen-unlock animation as well as a boot-up animation that features the McLaren logo, making the user feel like they're starting up a Senna or something. Might be worth rebooting it daily just for that.

It wouldn't be a true special edition without some McLaren-branded accompanying knick-knacks, now would it? OnePlus has got us covered on that front with an orange-and-black USB-C charging cable, a carbon-patterned case, a coffee-table hardcover that documents McLaren's racing history highlights, as well as a McLaren badge-shaped piece of genuine carbon fiber encased in acrylic. Essential stuff one most definitely wants lying around when that new ladyfriend visits the apartment for the first time.

As with the regular OnePlus 6T, the McLaren Edition uses a Snapdragon 845 Qualcomm processor, a notched, 6.41-inch Optic AMOLED screen, and runs the latest version of OxygenOS based on Android Pie. It'll become available to order this Thursday.