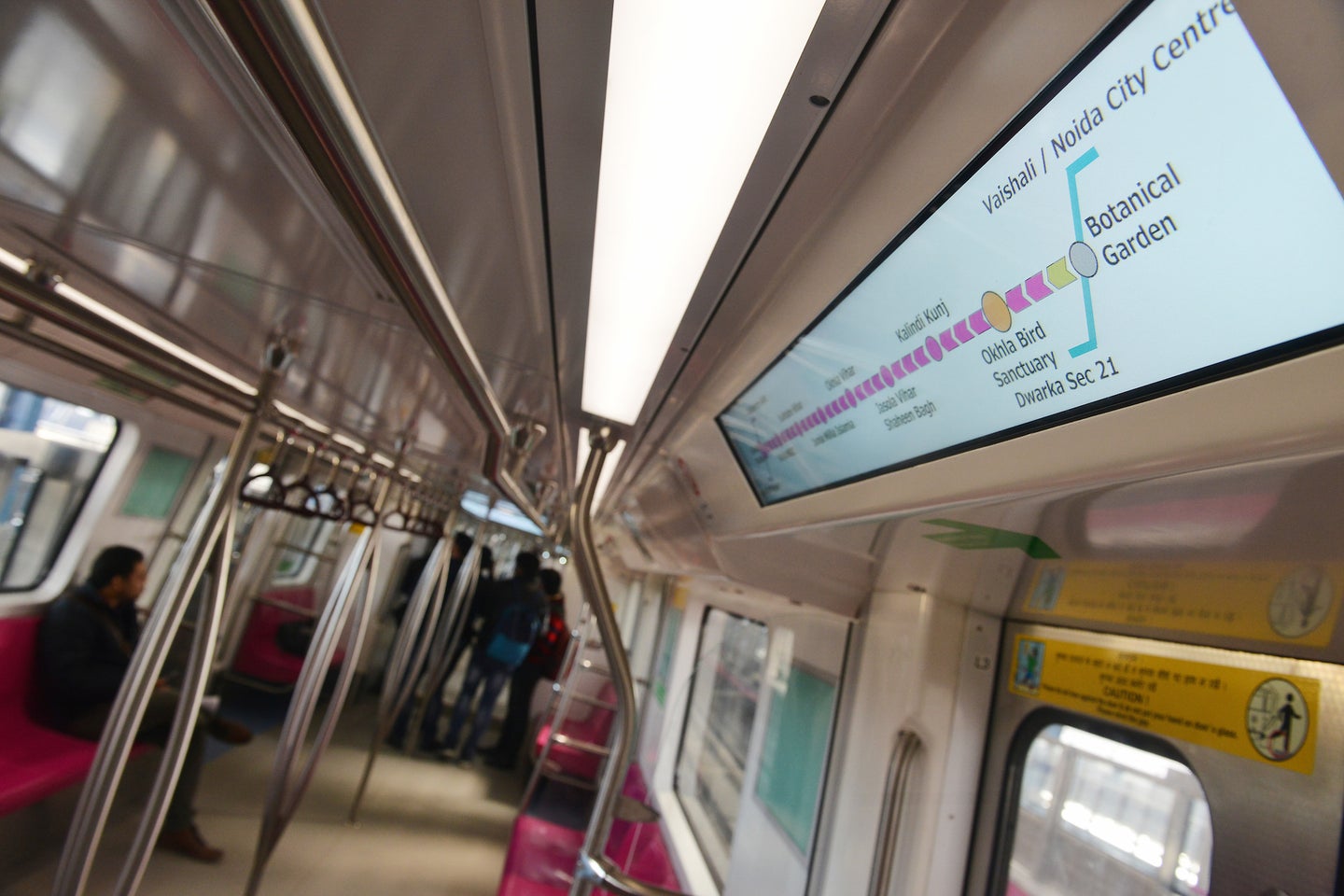 Self-driving cars may be a few years away, but self-driving trains are already here. The first fully autonomous train, the Rio Tinto mining train, drove across Australia in October of 2017. The newest self-driving train is the Bombardier CITYFLO650, which hit mass transit in India on Wednesday.

The CITYFLO is more than 3 miles long and can run up to 52.8 miles per hour.  The train is currently only operating on one of the system’s eight lines but is the longest out of all of them. You can ride CITYFLO on the “pink line,” which travels from Majlis Park to Shiv Vihar Station.

The train is bound to be extremely energy-efficient because of the DMRC’s consistent initiatives. The metro system reduced 630,000 tons of greenhouse gases in 2011 and was the first metro to receive “carbon credits” by the UN.  Today, the DMRC continues to receive Environmental Impact Assessments to maintain its green ethos.

"The start of services on this first section of the fully-automated line is a major milestone in our expansion of public transportation in Delhi,” said Navneet Kaushik, the Delhi Metro’s executive of signaling.

Bombardier has provided the DMRC with other trains, like the spacious MOVIA model, over the past ten years. The industry giant has factories in 28 countries and just extended its longstanding partnership with London’s transit system to produce its ELECTROSTAR passenger trains for another 12 years. Perhaps the CITYFLO will financially benefit Bombardier, which recently restructured its finances amid a cumulative $9 billion debt.