Formula One: For Now, Ferrari Has The Edge Over Mercedes In Russia

Each of the Ferrari drivers led a practice session today while there was more trouble for McLaren. 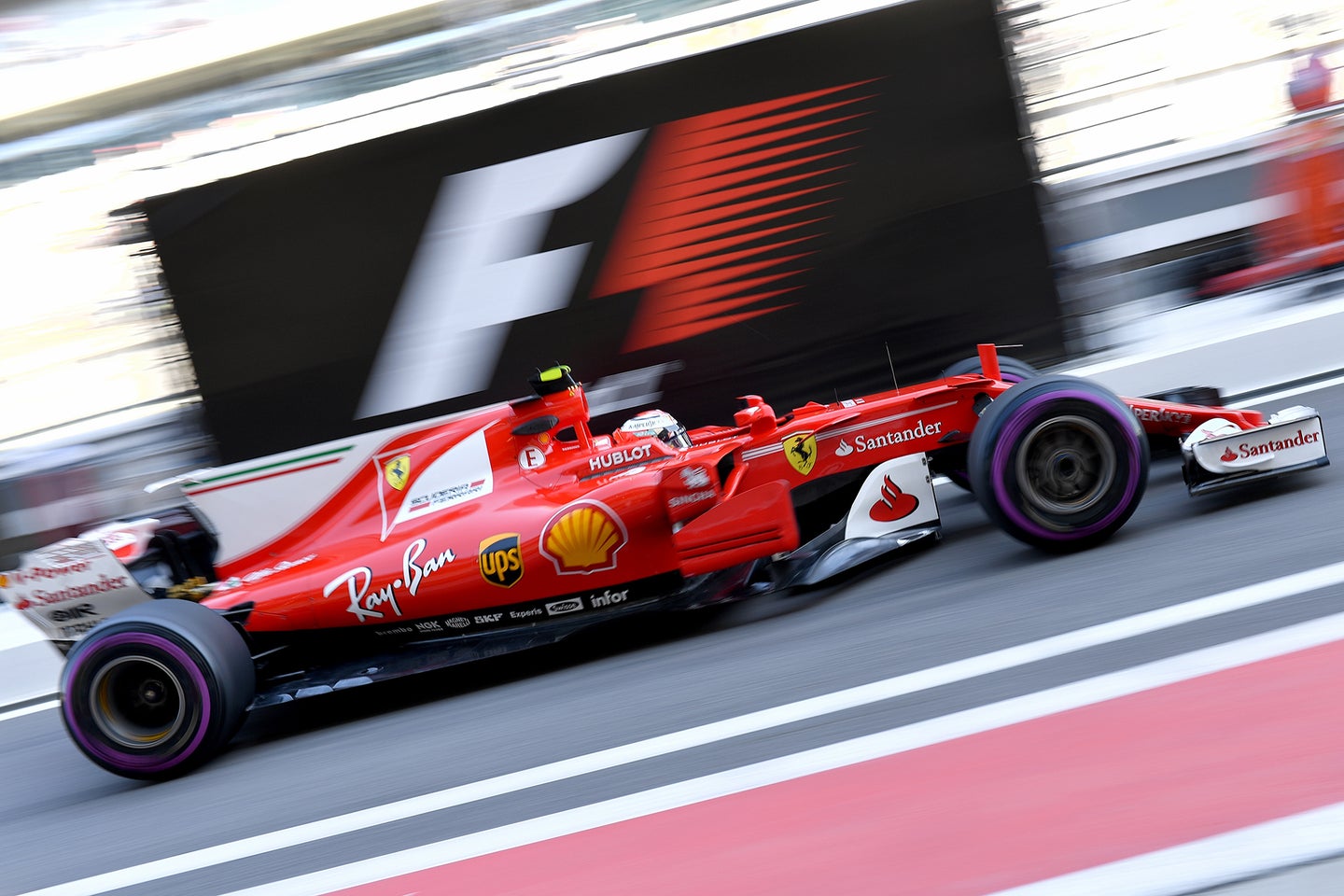 After the first two practice session for the Russian Grand Prix, Ferrari seems to have the advantage over Mercedes. Kimi Raikkonen went quickest in his Ferrari during the morning practice, while teammate Sebastian Vettel took the honors in the afternoon session. Vettel's best lap of 1:34:120 in the second practice was quick enough to set a new all-time fastest lap record at the Sochi Autodrom. There was very little between him and Raikkonen, who was just 0.263 seconds behind.

Over at Mercedes, Valtteri Bottas finished both sessions ahead of his teammate, Lewis Hamiltion. After being ordered by the team to let Hamilton pass during the last race in Bahrain, starting this weekend off in front of Hamilton has got to be a morale booster for Bottas.

Sadly, there were more troubles at McLaren. Stoffel Vandoorne's Honda power unit required a new turbo charger and MGU-H. These are the fifth of each element that Vandoorne has used so far this season and this is only the fourth race weekend. Drivers are allotted four of these elements to use over the course of the season. Once they go beyond that, grid spot penalties will start to be incurred.

With Vandoorne going beyond the allotment, he will moved back 15 grid spots from where he qualifies. Short of simultaneous divine intervention from every god ever worshiped by mankind throughout the whole of human history, he'll be starting from the back of the grid.

The good news for McLaren is that Alonso put in a time that placed him 12th in the second practice. And his car didn't break. But the weekend is still young.

Despite an upgraded brake package, the Haas team was still having brake issues. Both drivers were complaining of long brake pedals during both sessions. Clouds of brake dust could be seen venting from the wheels as well.

Renault's reserve driver, Sergey Sirotkin, was given the opportunity to drive in the first practice session today. For the Russian driver, this was a wonderful and proud moment. Disappointingly, Sirotkin's day was cut short with a gearbox issue.

Going in to the Saturday's final practice and then qualifying, Ferrari might have an edge over Mercedes. But the Silver Arrows have had a knack for putting in that untouchable lap time when it really counts. Besides who will take pole, a more important question is being asked. Is this the race where we'll finally see a straight on-track fight between Hamilton and Vettel?