Each team holds first place in their respective divisions heading into the WEC season finale. 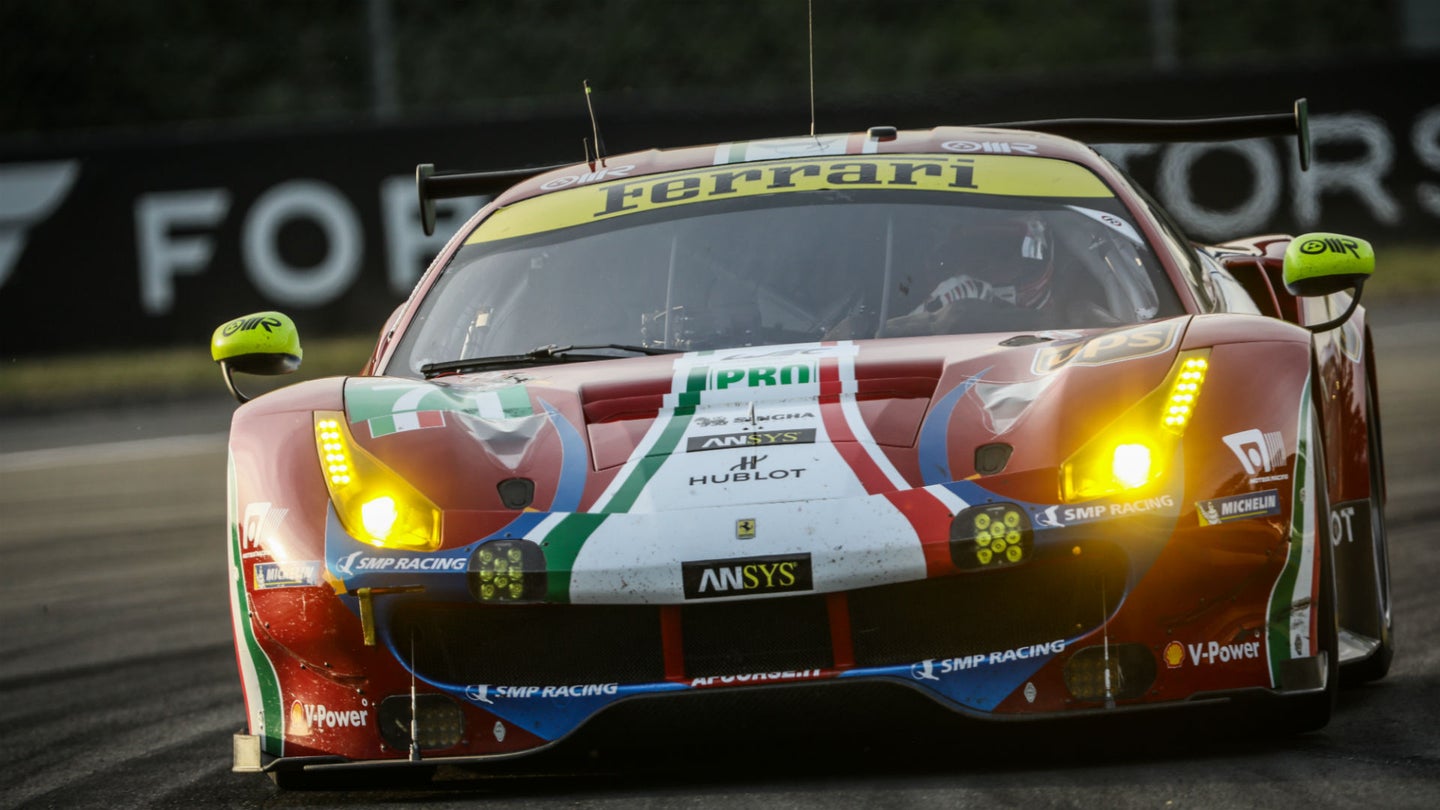 The 2017 World Endurance Championship season will come to an end this weekend in Bahrain and both GTE class championships remain undecided. With less than fifteen points separating the top three contenders in each category, the 6-Hour contest on Saturday will be make-or-break for those in the Amateur and Professional classes. After the final qualifying round, point-leaders Ferrari AF Corse and Aston Martin Racing sit in pole position and hope to capitalize on their P1 starts come race day for potential championship wins.

The AF Corse duo of Sam Bird and Davide Rigon posted an average time of 1'56.033 to take first place on the grid in GTE-Pro. They hold a lead of 0.3-seconds over the professional class Aston Martin Vantage and captured their fourth pole position of the year. The Ferrari-fielding crew currently has a 13-point championship advantage over second-place Team Manthey who qualified in P6 and P7, making Chip Ganassi Racing their closest competitor for the title in P3.

Ganassi's Harry Tincknell and Andy Priaulx will go into tomorrow's race in search of the team's 200th overall win and have an outside shot at the season championship. The American team is 15 points behind AF Corse in the title standings, but if the conditions are right, it could have a chance at challenging for its first WEC GTE-Pro title.

Aston Martin Racing commandeered a marginal lead over the GTE-Am Ferrari 488, finishing less than two-tenths of a second ahead of Clearwater Racing. Dempsey Proton qualified in P3 and is currently ten points behind AMR for the championship lead, making tomorrow's race all the more interesting as the category's top crews sit in close contention for the overall season title.

“While we only had a slim chance of taking the championship last year, the disappointment just made us even more determined to get in this position this season. This time last year, we were 25 points behind, this year we’re ten ahead. That’s testimony to the work the team have put in to make us an exceptionally reliable car all season and to the consistency and quality of the drives that Mat and Pedro have put in. I really hope we can reward the team with championship victory this week”.

Manufacturers have vetoed the allowance of new GTE cars for 2018/2019 ‘Super Season’.