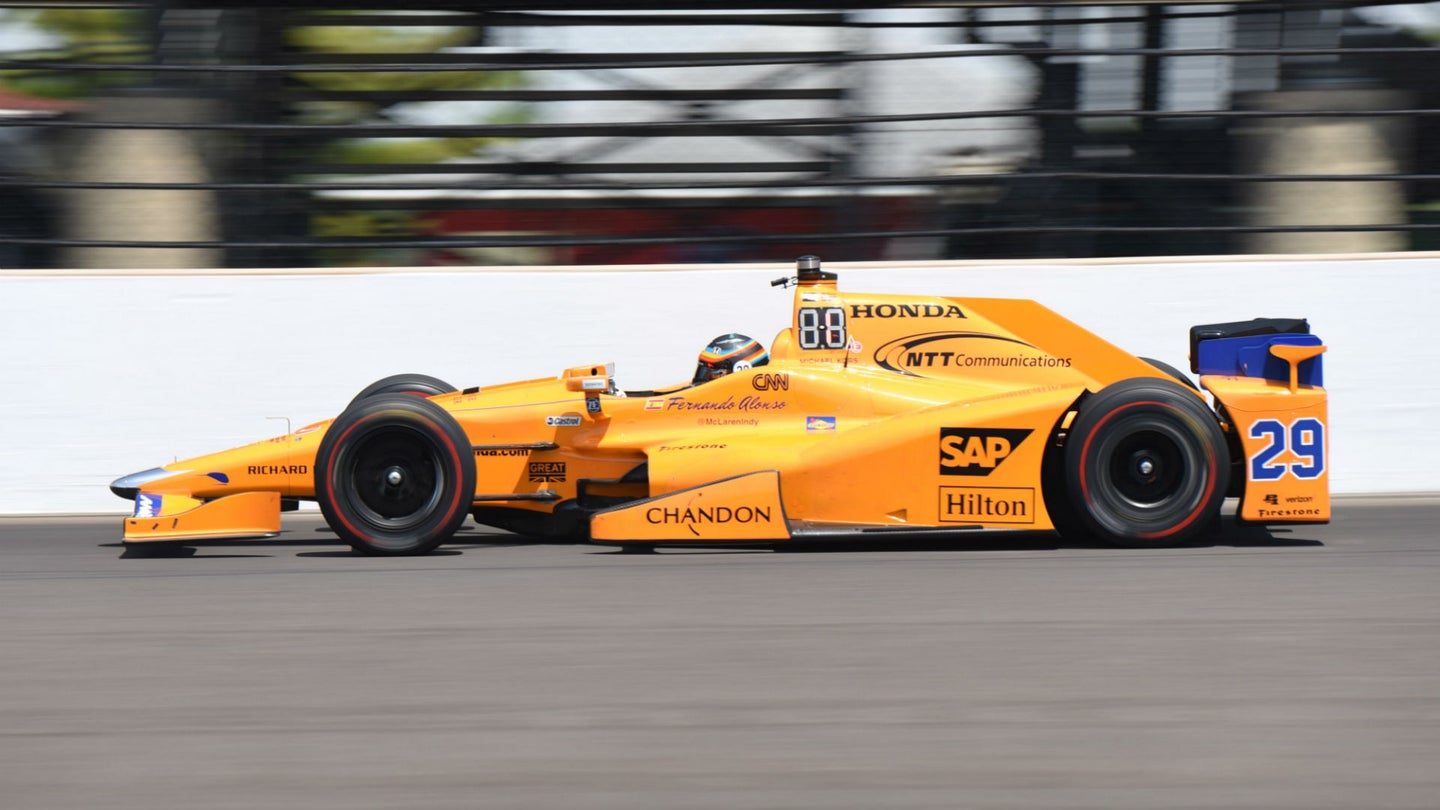 McLaren's 2017 Indianapolis 500 efforts were nearly successful with star F1 driver Fernando Alonso behind the wheel. Unfortunately, a failure from the car's Honda engine knocked it out of contention with just a few laps to go, canceling out the team's hopes to capture a win at Indy. This left many questions to be answered as Alonso has admitted time and time again his desire to win the Triple Crown of auto racing, but as team executive Zak Brown announced, McLaren likely won't be back to the Brickyard 400 next year.

Brown told Autoweek in a phone interview that the legendary British outfit will invest most of its efforts into its revived Formula 1 program. 2018 is expected, or at least hoped, to be a turning point for the McLaren outfit in F1 as it will ditch its current engine partner, Honda, for Renault. This, Brown revealed, will be his team's main concern.

"Never say never but I think it’s less likely than more likely," Brown said. "When we return to Indy – and I think it is ‘when’ rather than ‘if’—we need to go with the same amount of competitiveness and fanfare that we created this year. We set a high bar so that won’t be easy.

"We aren’t interested in going to Indy just to go to Indy. We must go with a shot to win and a very high profile effort. Today, we are so focused on Formula 1 and what Fernando will do next year at Monaco with a very competitive race car."

McLaren is also directing its attention to retaining Fernando Alonso who still hasn't made a decision on where he'll be driving come next season. The double world champion remains unsigned for 2018, but Brown seemed optimistic that he would be returning to Woking soon.

"Things are moving along in a very positive direction and we hope to have a positive announcement regarding Fernando’s return very soon," he announced.

However, a full-time IndyCar team could be in the cards for McLaren in the future. Brown told that he could see the company moving in that direction given the series' recent developments, but it will take at least another calendar year to get to that point.

"Right now, we are laser-focused on getting our Formula 1 team back to its winning ways and we hope to start that process next year," Brown said. "A collaborative Indy 500 effort like we did this year (with Andretti Autosport) is something we continue to evaluate because we can turn pretty quickly.

"Starting our own IndyCar team is a completely different undertaking. We do have a desire for McLaren to race in IndyCar in the future. It’s a great racing series relevant to our brand. North America is an important marketplace for us. But I think that is a couple of years away."

We have a ton of pictures of the beautiful new car for you to drool over.