This Is the Sound of Australia’s New V6 Supercars

This new engine ought to be a worthy competitor to the V8s, both in sound and power. 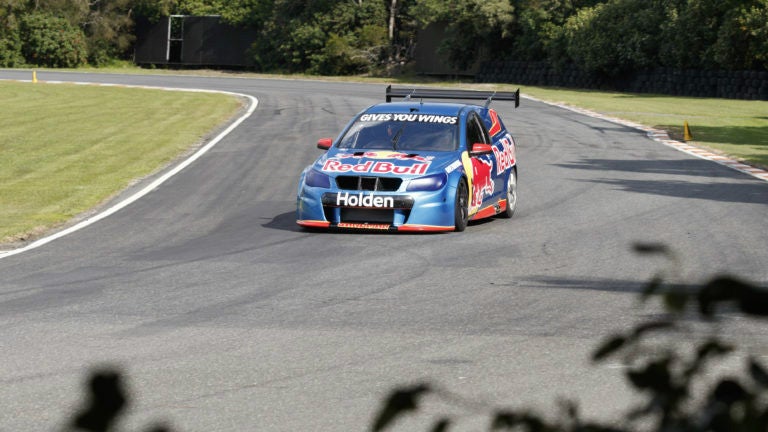 The illustrious Aussie sedan racing series called the Virgin Australia Supercars Championship (and known to most as just V8 Supercars) isn't just going to be about the classic V8 any more. At the beginning of this year, a new set of regulations, allowing for what has been named a "Gen2 Supercar," came into effect; these permitted the use of turbocharged four- or six-cylinder engines, and allowed two-door coupes to enter instead of mandating four-door sedans. The idea is to not only refresh the face of the sport to manufacturers, but to fans as well—though the format of front-mounted engine and rear-wheel-drive will not be changed.

For 2017, no teams opted to use this new format. But Red Bull Holden Racing Team has decided to give the new engine format a chance, with the intention of fielding a V6 powered car for the 2019 season. The engine heard in the video is reported to be a 3.5-liter unit, though rev range and power figures are still being kept private.

The engine is still in the development phase, according to the team itself, but we daresay it already sounds not only like a fitting competitor to the V8s...but almost like a V8 on its own.

Though Red Bull Holden Racing Team will not be using the engine until 2019, Triple Eight Race Engineering is confirmed to be using the new 3.5 liter twin turbo V6 in their cars next year.

Some fans are already mourning what they see as the end of the signature engine in the race series. This sentiment is somewhat silly, however, as the V8 won't be going anywhere; teams will be allowed to choose their own power plants, and the organizers want to keep all engine formats competitive.

Don't get all sappy in your Facebook comments about the difference in sound, either, or Red Bull Holden Racing Team will roast you with this profanity-laden Titanic parody.