The penultimate round victory in the Porsche GT3 Cup Challenge Middle East season was taken by Al Faisal Al Zubair, an 18-year-old with mega skills. 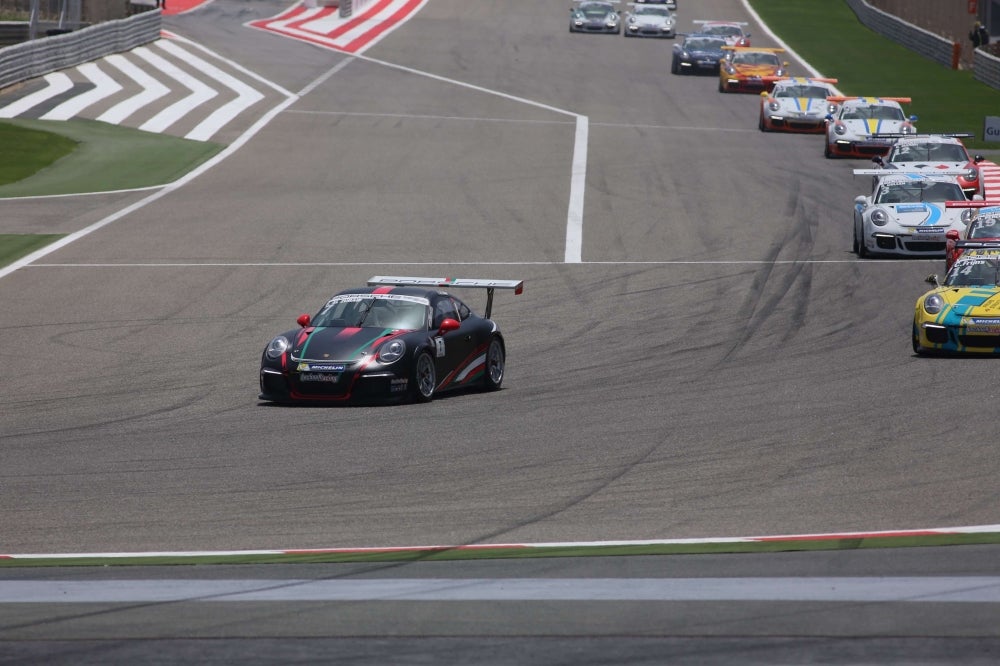 Round 11 of 12 on the Porsche GT3 Cup Challenge Middle East season was completed earlier today in the run-up to the Bahrain Grand Prix Formula 1 race at Sakhir on Sunday. The regional Porsche Cup event, like many such events of its kind, was exciting from beginning to end. The race's outcome saw Al Faisal Al Zubair, an 18-year-old Omani kid with supreme talents, take his maiden victory in the championship. The gap at the flag was just under seven tenths of a second. The race was short at just 10 laps total, but it could not have been a better example of racing in Porsche's one-make series.

Rivals Charlie Frijns of Qatar and championship leader Ryan Cullen of Ireland kept intense pressure on Al Zubair for the entire sprint race, and ultimately finished second and third respectively. Al Zubair, in turn, stole the show by putting his stamp on the race early in the running and worked to manage the gap to second for the rest of the event. He took maximum advantage of his impressive qualifying time in order to keep the race to a pace he could manage. He was composed and calm on each lap of the event, showing much more experienced drivers behind his tail lights.

Al Faisal Al Zubair following his first win, to the Times of Oman:

“I’m so happy! It feels great to get my first win, and now I’ve managed to finish in third, second and first overall this season, which really shows how much I have progressed. The win today almost makes this a perfect season for me. I said halfway through the season that I thought I had the pace to win a race, and to do it on the last weekend is a dream come true. I can’t wait until tomorrow and hopefully seal the silver championship and end my debut season with the best possible results.”

“This series was first established to help identify, nurture and fast-track young racing careers in the region and the progress of Al Faisal Al Zubair is a shining example of our vision becoming a reality. What a performance he produced today. He won when it mattered most at the climax of our most competitive season so far which is very positive sign for the future.”

The twelfth and final Porsche GT3 Cup Challenge Middle East will take place on the Sunday, as a support race to the 2017 Formula 1 Gulf Air Bahrain Grand Prix.