At $2,495, it's premium portable computing with Porsche good looks, but it comes with a Porsche price. 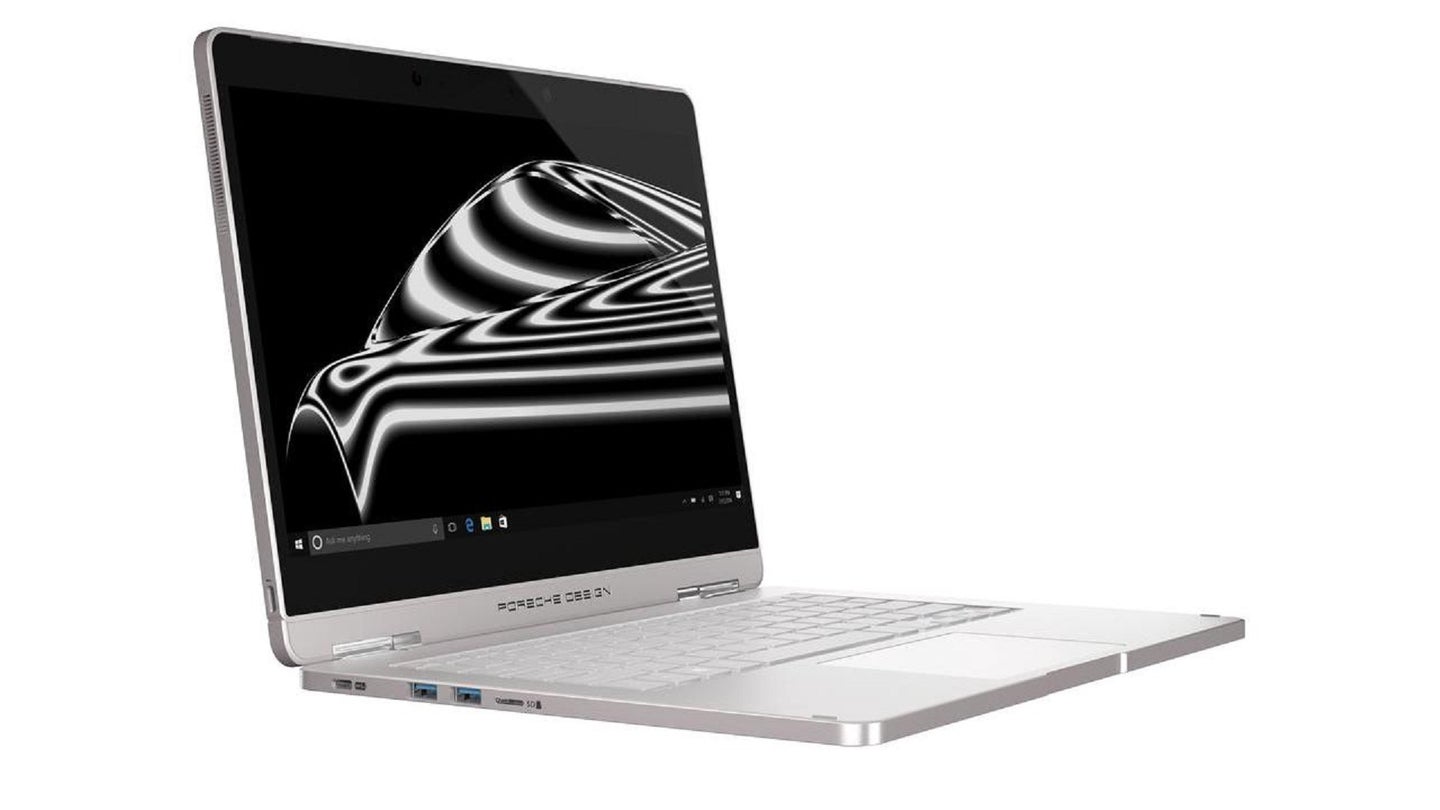 Porsche Design is known for clean and attractive, visually appealing products, and this new "Book One" two-in-one laptop is no different. Not only does this new piece compete directly with known quantities like Microsoft's Surface Book on functionality, but it attempts to beat them at their own game by adding beautiful simplistic aesthetics to the mix. Not only is this one of the thinnest two-in-ones on the market, but it has the Intel i7/16GB RAM/SSD Hard Drive that business demands. The Book One contains more computing power than the thirty-pound desktop tower that I'm using to write this.

With sharp edges and clearly defined lines, it's obvious that this computer was designed by a German with a straight-edge. The chassis is crafted of brushed and anodized pure silver aluminum, and the 'VarioGear' hinge allows the screen to completely convert 180 degrees back on itself. The competitive set's Surface Book does not have a hinge that rotates completely, and to use that as a tablet the screen must be detached and turned around. Additionally, the screen can be detached to operate as a standalone tablet with its own equally beautiful WACOM-type stylus pen. The integrated keyboard looks familiar to anyone who has used a Mac Book in recent years, which isn't to say that's a bad thing.

Operating on a Windows 10 Pro system, the Book One is fast and simple to use, booting up in just 10.8 seconds (Speed worthy of the Porsche name, maybe?). With an i7 processor and 16 GB of RAM, you're unlikely to ever be impeded by processing speeds. The 512 GB steady state hard drive is perhaps a bit small for a pro-videographer, but should manage most other duties quite well. There's a 5MP camera in the lid, and a large 13.3 inch, 3200x1800 resolution screen providing great colors.

Here's a decent video review from The Verge to give you a better idea of how this computer competes.

If you're a Porsche fanatic looking for a new convertible.. ahem, computer... this Book One just might be the one you want. It's expensive at twenty-five hundred bucks, but it would appear that quality and beautiful design go hand-in-hand with price, especially when the Porsche name is on it. You can get one of your very own when they start shipping in April.

Here's what Porsche Design has to say about their product:

Designed to perform - The Porsche Design BOOK ONE is an uncompromising reinterpretation of the 2-in-1 concept. In one of the world's thinnest convertibles / detachables, maximum performance meets a breathtaking design. An optimized 360° functionality combined with the latest generation of technology.

The VarioHinge is a unique, high-quality stainless steel hinge, giving the Porsche Design BOOK ONE its unparalleled flexibility, whereby the construction was inspired by the gearbox of a sports car. In seconds, the lightweight 2-in-1 notebook can be transformed from a high-end tablet into an ultramobile high-performance laptop.

The 7th Gen Core i7 processor and 512 GB SSD from Intel® master every private and professional application with ease. The two lithium-polymer batteries with a combined capacity of 70Wh give the Porsche Design BOOK ONE up to 14 hours of endurance. And then fully recharge in less than 2 hours. Equipped with one USB Type-C™ 3.1 and one Intel Thunderbolt®, as well as two full-size USB-A™ 3.0 ports, the Porsche Design BOOK ONE also leaves nothing to be desired in terms of connectivity.

A sandblasted surface in pure silver. Polished edges. Straightforward, clear and to the point. The Porsche Design BOOK ONE is the consequent implementation of Porsche Design DNA. Shape and function in perfect harmony.

•Housing material made of brushed and anodized aluminium in pure silver