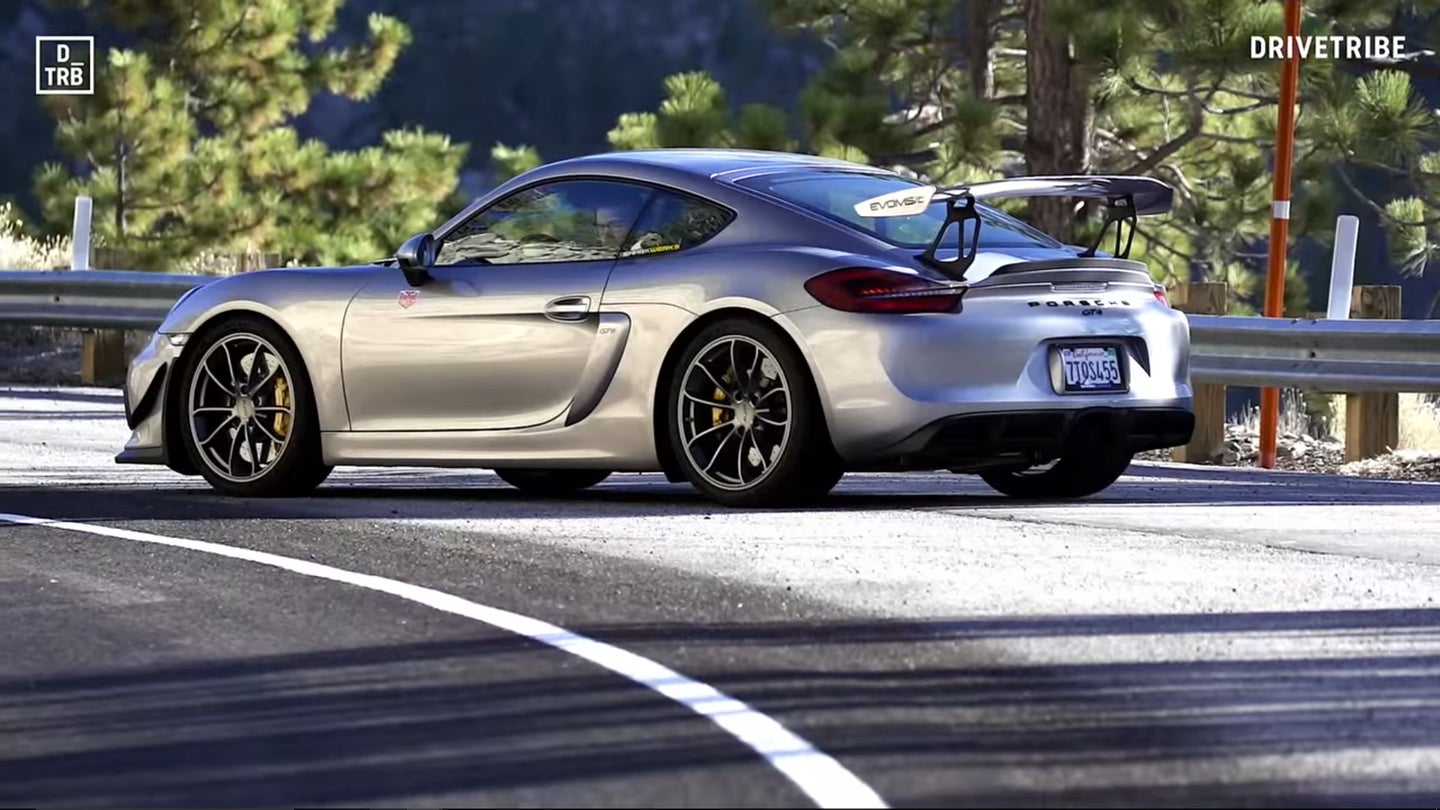 A few months ago when we drove the Sharkwerks Cayman GT4, we absolutely fell in love with it. The 'standard' off-the-showroom GT4 is pretty damn good as it stands, but the boys at Sharkwerks have worked their magic to turn up the volume a notch or two. With a little more power, a little louder exhaust, and a whole lot of transmission work, the GT4 is now as special as any previous Porsche GT. It's a corner carving dream that shows the reality of what Porsche's engineers probably really wanted to build. This is the car that should have showed up to dealerships. This is the GT4 that Porsche should have built.

As we've discussed before, the 'Sharkified' version of the GT4 has exhaust headers with high-flow catalysts but retains the stock muffler, breathes through an IPD plenum, and topped off with an EVOMS tune. Inside the gearbox lies a new stack of adjusted ratios, a lightweight flywheel, and a Guard Transmissions limited slip. The changes needed to really wake this car up are relatively minimal, as the suspension and interior are already about as close to perfect as any non-deity can achieve. They've made a great car fantastic, they've reworked the 'better' until it became 'best.

Don't just take our word for it, though, check out this video from Henry Catchpole, formerly of Evo Magazine now with DriveTribe. Henry has driven some of the most exciting cars in the world, and he agrees that Sharkwerks have turned out perfection. He starts the video wondering if the Cayman's "Perfect Ten" can be upped to an 11, but by the end he's proudly proclaiming this car a 12 out of 10. Whoever you want to listen to will shout that this car changes the game, it's getting praise from every single person to drive it. Sharkwerks has already built a dozen or so identical cars for customers, so if you have a 10/10 GT4 and you want it to be a 12/10 Sharky GT4, give them a call.

Make It A YT December, Project YTSHARK Is For Sale

A decade-old Sharkwerks project resurfaces for sale, and it could be the bargain of the year