Get Signed Up For Porsche Summer Camp 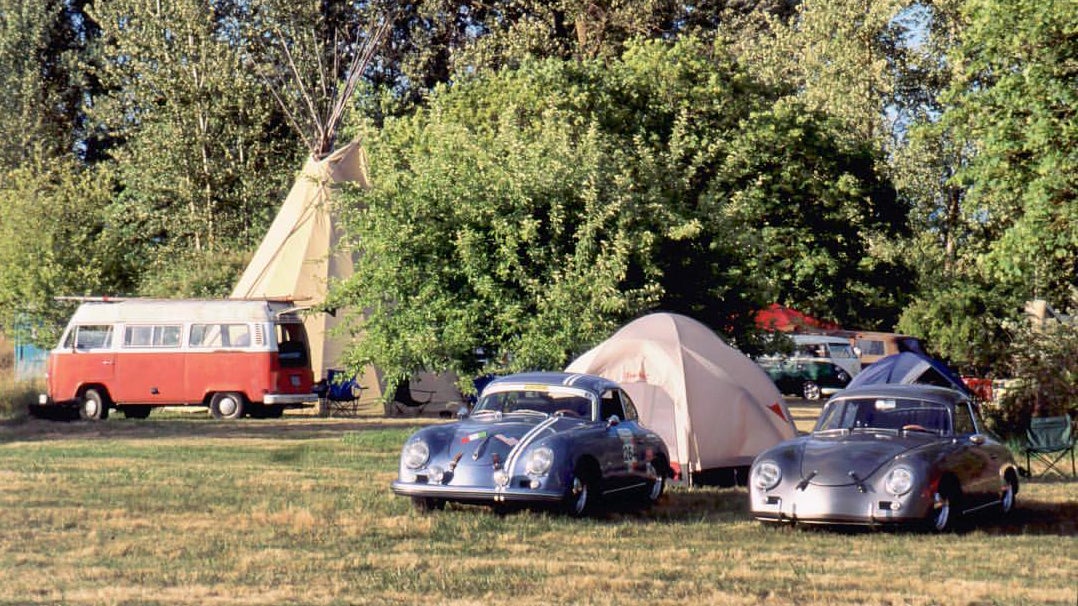 For those who do not know, Gary Emory's "Parts Obsolete" in McMinnville, Oregon played host to an event called "Emory Porsche Campout" for 18 years starting in the mid-1990s and ending in 2012. Hundreds of Porsche and VW enthusiasts traveled from all over the country, heck all over the world, to converge on a 50 acre "Porsche farm" in a small town in the American North West. I don't think Gary knew quite how large this event would be when he started hosting, but it quickly became a favorite of aircooled nuts, and added to their calendars each year. Five years ago was the final Campout, or so everyone thought.

A few months ago, Gary's son Rod began beating the drums to let people know that another Campout was coming. A revival of the event, or perhaps a Hollywood-style reboot, is upon us. The venue is the same, surely the enthusiasts are the same (though perhaps with 5 additional years of grey hairs), but the cars have had an additional five years of Outlaw development. Perhaps this will be where we finally see Emory Motorsports' wild four-wheel drive 356 break cover? Rod is promising live music, BBQ, a huge car show, a parts swap meet, and lots more activities to keep your attention for three days in mid-July.

Registration is now open, and the dates are set for July 14-15-16 of this year, obviously still on that same farm in McMinnville. The cost is $100 per person, and includes event entry, a camping spot (hotels are nearby if you prefer), car show entry, Saturday BBQ, some event swag, a dash plaque, and a space in the swap meet. If you have a hole in your calendar for that weekend, you should probably fill it up with this event. We'll be there, but haven't yet decided if we're driving the Boxster or the 912E. See you there?

Ferry Porsche was once famously quoted as saying “Our cars are meant to be driven. Not polished.” Mark tends to keep that sentiment close to heart.