This is the most review-like review you're likely to see of the 718 twins. Very functionally conscious. 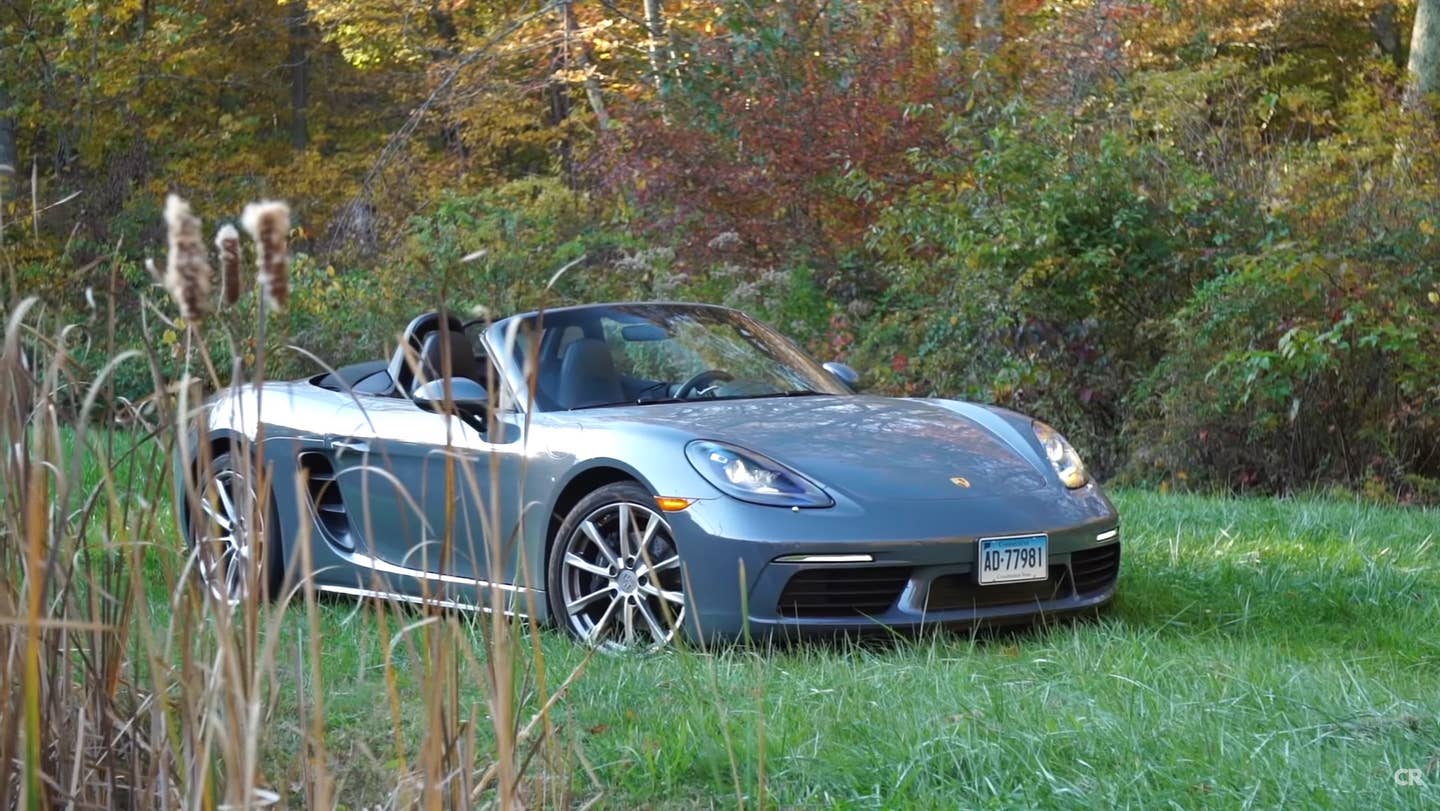 You've likely seen and read myriad different reviews of the 718 Boxster by now, and if you want one your order has already been placed and your mind made up. Most reviews focus on the new engine and sheet metal, as those account for the majority of the changes between the outgoing 981 Boxster and the new 982-generation 718 Boxster. The interiors remain mostly the same, and you've got most of the features you saw on the car this new one replaces. Consumer Reports, however, treat this car as a brand new entity and give you the rundown of everything inside and outside of the car. Their demographic is less enthusiastic and covers people who drive cars versus people who follow the car industry.

If you've never heard of the 718 Boxster, this video will give you a brief introduction, talk specs, and discuss a few of the car's options. It's relatively informative and really brings the functionality to the modern car reviews process. They make sure to highlight the trunk configuration, which is quite nice. They touch on exterior visibility, and 'bathtub-feeling' seating (whatever that means). The final segment of the video discusses the as-tested pricing of the Boxster they've got on camera, and how the price has ballooned thanks to a long options list. This is something to take care with if you're a Boxster buyer on a budget, but many will be purchased 'well equipped'. Of course, you can watch the video here and if you want to read more about how the car scores on Consumer Reports' various scales and how it fares against the competition, you can click here but you'll only see the results if you're a subscriber.