The Next Alfa Romeo Giulia Could Be an Electric Wagon

The head of Alfa Romeo has unconventional desires when it comes to the new Giulia. 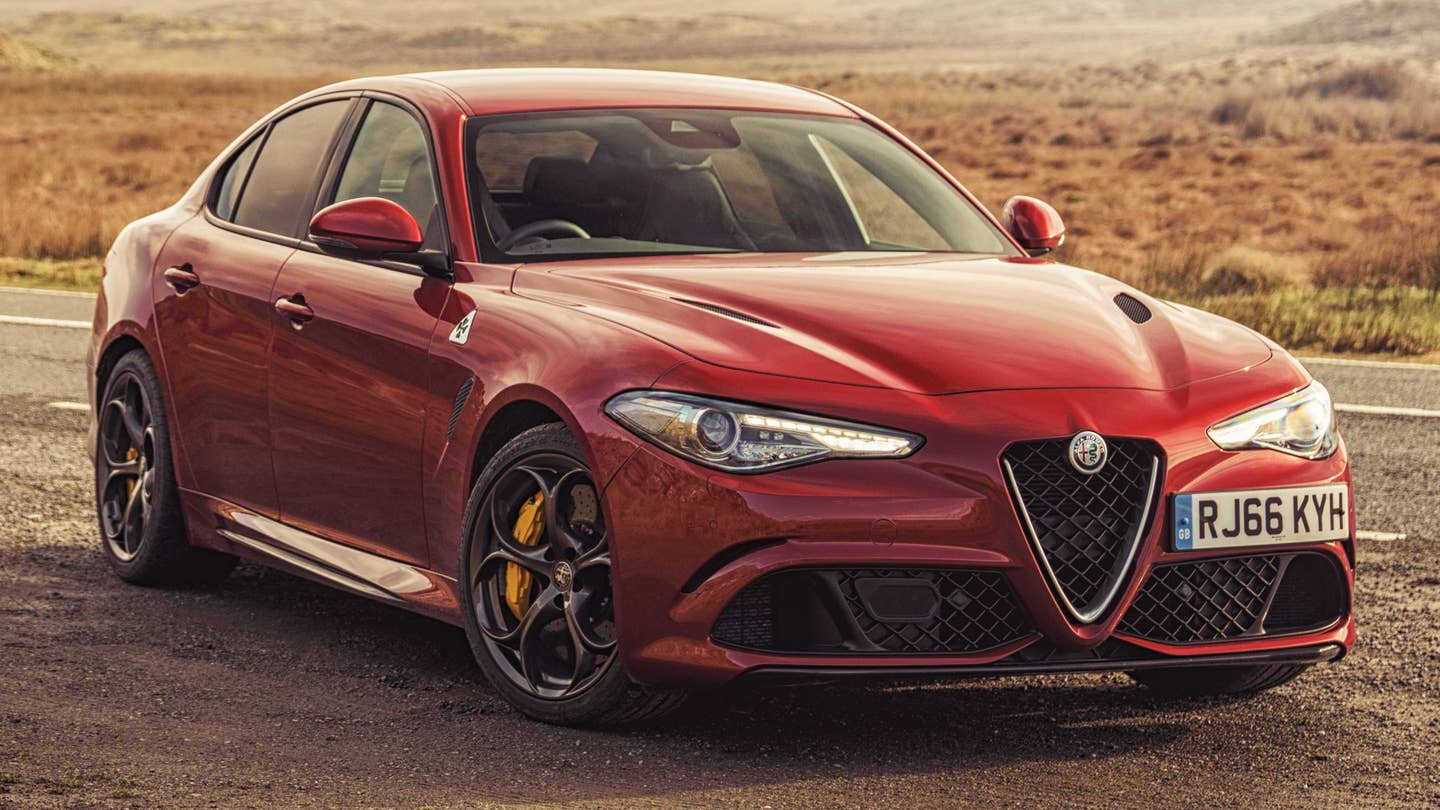 Alfa Romeo is going through yet another rebuilding phase. The company hopes to bounce back as a premium brand under the yoke of Stellantis ownership, aiming to give the people what they truly want. And apparently, that's an unorthodox electric replacement for the current Giulia sedan, as reported by Autocar.

The Giulia has been praised over the years as a potent and intoxicating Italian sports sedan, though it remains a step behind its rivals in the realms of build quality and reliability. While it has a few years left on the market, Alfa Romeo head Jean-Philippe Imparato highlighted that the company's design teams have been given the task of coming up with an unconventional replacement for the sedan.

Speaking to Autocar, Imparato backed traditional three-box designs. “I don’t want to give up on the sedan market,” he said. “It’s in Alfa’s DNA to have a sporty sedan." If that wasn't bold enough in a market obsessed with SUVs, he carried on further. "I also acknowledge that there were many suggestions that there should be a station wagon version of the Giulia. Maybe there’s a tipping point between the sedan and the station wagon. With a new Giulia, maybe we can have the best of both worlds.”

There aren't too many auto executives out there flying the flag for wagons, but Imparato is clearly not afraid to speak his mind. His directions to the company's designers included suggesting a car of similar proportions and features to the Genesis G70 Shooting Brake, one of a handful of luxury wagons currently on sale (though not in the U.S.).

Imperato doesn't believe in compromising with a hybrid design for the new Giulia, either. As per an interview given to AutoExpress last year, the new car is set to be all-electric. It will be built on the upcoming STLA Large platform, shared with Stellantis stablemates like Chrysler, Dodge, and Maserati.

"I have to make some big choices. If I want to have more than an average level of performance, I must be bold,” said Imperato, noting that he believes the future of Alfa Romeo is electric. “If I say I go electric, I go electric. I’m not half pregnant if you see what I mean? It doesn’t work."

Alfa Romeo is not a company known for doing things the normal way. When the head of the company comes out in public and says they're doing something unconventional, it's difficult to know whether they're continuing on the theme or are about to take things up four notches.

The idea of going big on an electric shooting brake is more the latter than the former, to put it lightly. As much as enthusiasts love wagons and their ilk, there's no hint of any such designs scoring major sales success over the past 20 years. Despite enthusiasts' clamoring on social media and car forums, the simple fact remains that (paying) customers want crossovers and SUVs, and then more crossovers and SUVs.

However, the broader product plan for Alfa Romeo does feature plenty of crossovers, including a rumored new range-topping large SUV. Taking a broader look, it may be that the Giulia becomes a bit of a unique offering for Alfa, as a point of difference. Meanwhile, the SUVs could serve customers with more mass-market tastes.

While the future is never certain, the head of Alfa Romeo seems confident in the company's plans going forward. Whether things pan out will be revealed in due time. Whatever happens, we're sure to see some weird and wonderful Italian-designed cars along the way. It seems like the Giulia is set to be one of them, and we can't wait.

A $279-a-Month Alfa Romeo Giulia Lease Deal Is Tempting, if You Roll the Dice on Reliability

And that’s with just $2,278 down. If you’re looking for something a little different, the Giulia beckons.