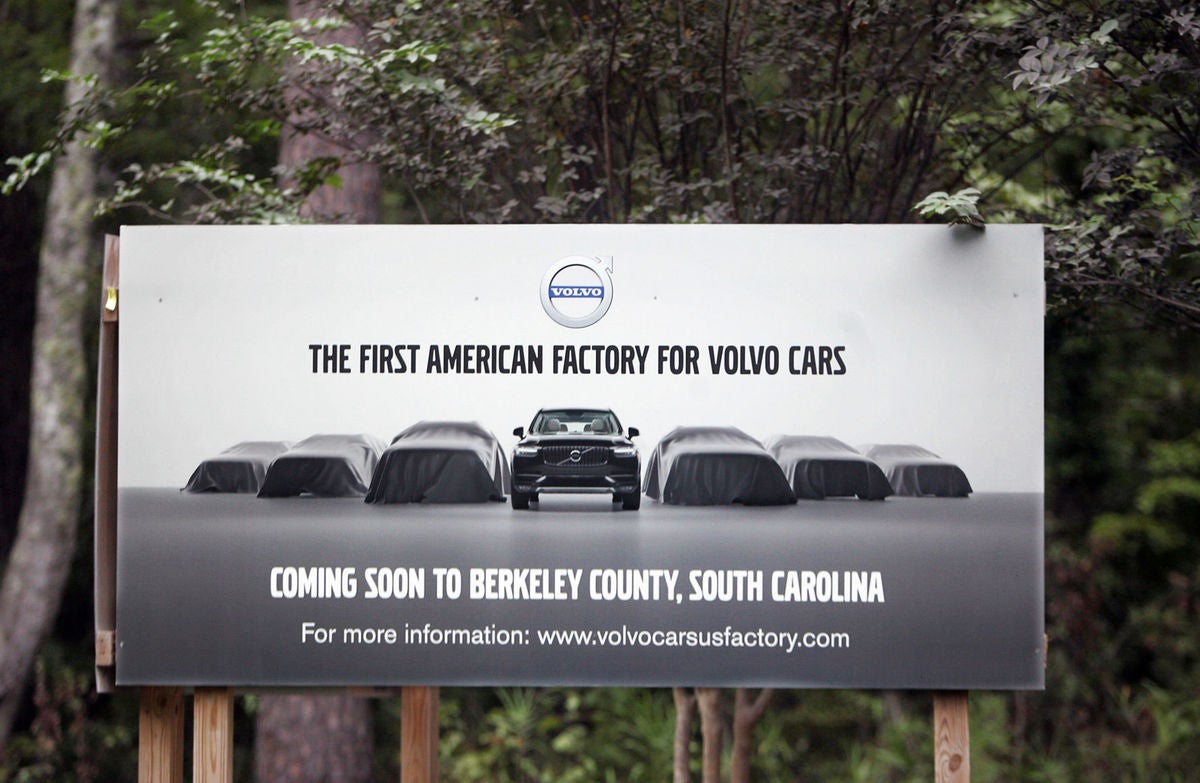 Volvo recently released that the construction of its multi-million dollar facility in South Carolina is nearly finished. Here, it will manufacture the high-volume S60 sedan for the masses, phasing out the vehicle's current production home in China. According to the automaker, the building process is nearly two-thirds completed, meaning that we could see U.S.-built S60s in the near future.

The South Carolina plant won't just manufacture cars for the United States—instead, it will serve as the global center for S60 production. Half of the cars built here are reportedly for export, sending them to other countries on a large scale. Production numbers are expected to reach 60,000 cars per year initially, then doubling capacity to 120,000 within the next five years. The factory will also create jobs for 2,000 employees with plans of increasing that number to 4,000 within a similar time frame.

Other models may be built there in the future with the possibility of the XC60 and XC90 joining in gradually. This would catapult production numbers as each of these are top-sellers globally, enabling the facility to grow exponentially. It would be relatively easy for the plant to build these as each of the 60-Series and 90-Series cars are built upon the Scalable Platform Architecture (SPA).

Many question why Volvo decided to build the manufacturing plant in the United States rather than Mexico, which would've been a much cheaper option. The move was made back in 2014 when construction began, and it now reaps more benefits than before including the avoidance of Trump's "big border tax" that the president claims will be placed on cars not built in the states.

As time moves on, we could see a significant jump in production from the Charleston plant. Regardless, many folks will be excited to see the manufacturer's dedication to American production and its opportunity to grow in the future.

The Swedish automaker celebrates a big anniversary with a neat little film.