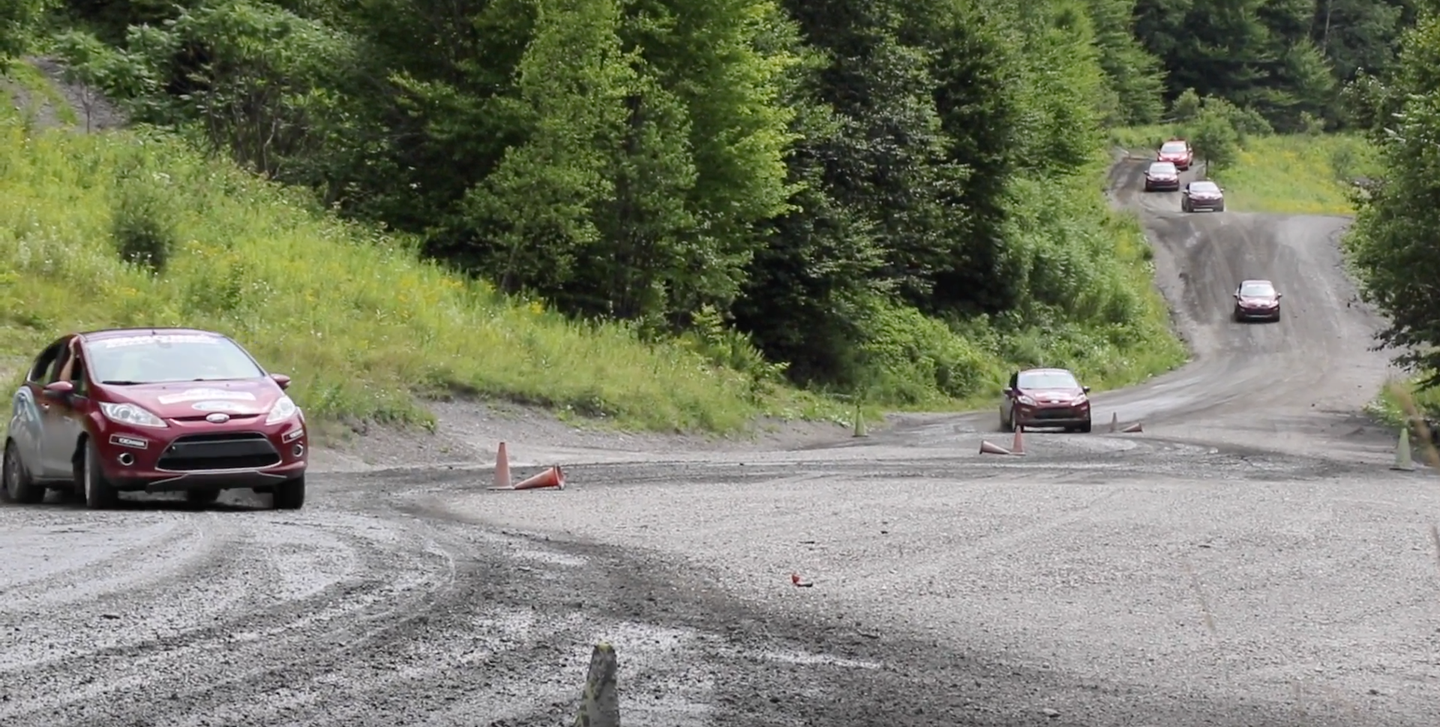 The smallest error in judgement while performance driving can sometimes spell disaster, but the likelihood of that outcome is compounded when driver error is paired to the wrong racing line—or just one that can't accommodate anything less than perfect driver inputs and entry speed. To help explain the differences between a traditional racing line, early apexing, and late apexing, Wyatt Knox of the Team O'Neil Rally School has a short video that covers the benefits and drawbacks of each tactic—but overall praises late apexing for its generosity with respect to driver error.

Late apexing, as Knox explains, gives the driver more options—especially on a track or backroad with which a driver is unfamiliar. Instead of taking the traditional racing lane, which uses as much track as possible to keep up speed, late apexing gets the majority of the turning done before the apex, all while placing the car at the inside of the track after the turn. As a result, the driver has more space—relative to a traditional line or early apex—to prepare for the next corner ahead. Furthermore, late apexing gives the driver more visibility, which is especially helpful on an unfamiliar track or backroad.

Knox concedes that although late apexing doesn't result in the fastest time, it is the safest line to take—especially on a rally stage, where a risky call could result in plowing into a tree. Let Team O'Neil Rally School explain it better than I can below.