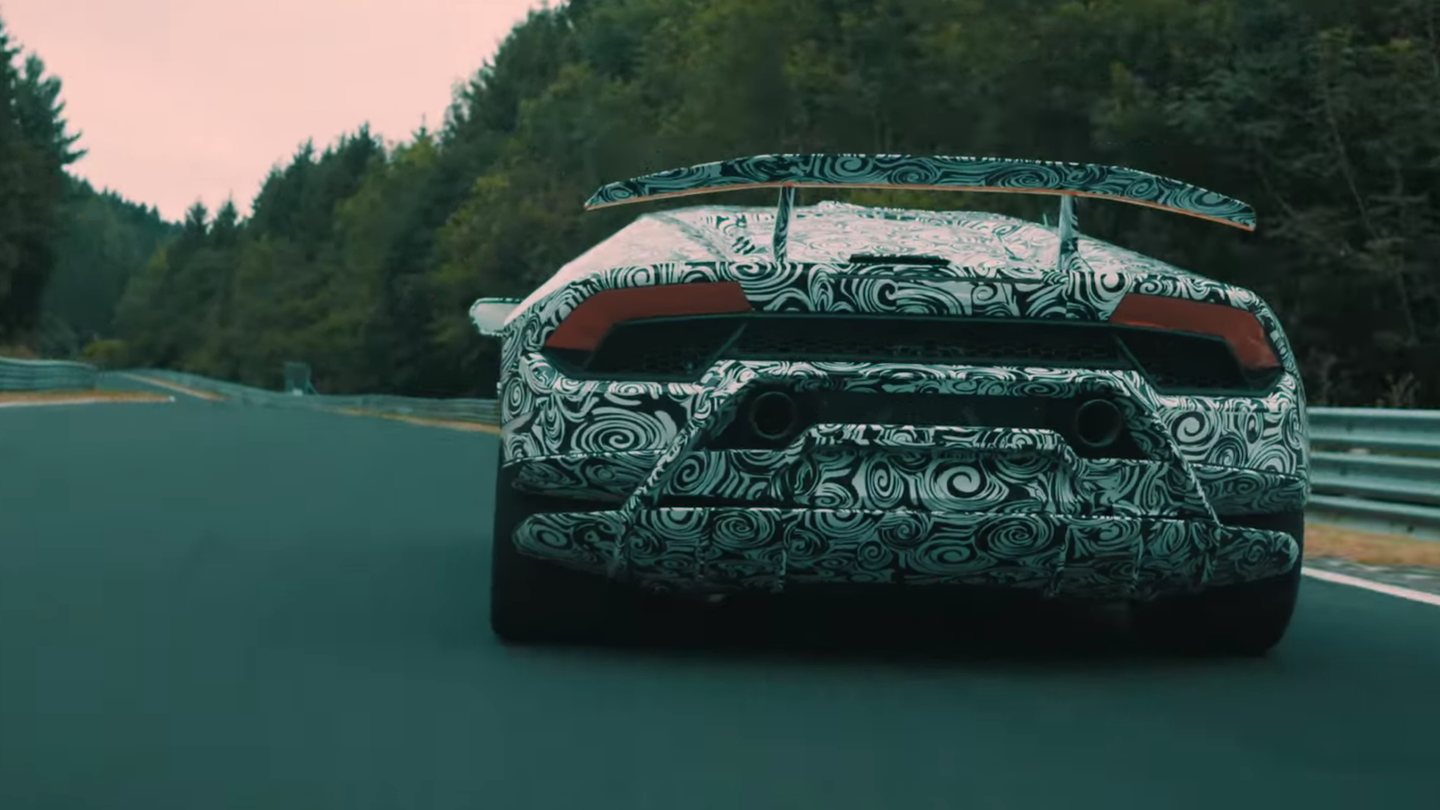 Lamborghini announced Wednesday that it had beaten the Nordschleife production car record by five seconds with its new Huracan Performante...but some Nurburgring experts say something fishy seems to be afoot with the new lap time.

Bridge to Gantry's Dale Lomas explained his theory in a blog post Friday. Lomas said that the lap time, which was recorded as 6:52 around the 12.9-mile German race track, does not make sense when eying the digital speedometer overlayed on the video the automaker posted to YouTube. Because of the inaccuracies that he has unearthed, Lomas thinks it's possible the video was sped up during editing...which could be why the speeds don't make sense.

Assuming that the speeds shown in the video are based on readings sent from a GPS speedometer and not a wheel sensor speedometer on the car, Lomas took note of some speed discrepancies that appear to have come up in Lamborghini's video.

The two gauges shown above are screen grabs from the Huracan Performante lap video. Though both show the car in the same gear at the same RPM, the speed is noticeably off. As Lomas notes in his post, it's possible that wheel spin could've been a factor here, but unlikely at these speeds. Lomas also pointed out that there were similar inaccuracies in the lap video for the Aventador SV.

He also noted that some lap time points don't line up as expected when comparing the Huracan's lap to the much more powerful Aventador SV's.

"The facts are clear enough to me," said Lomas. "Either the GPS speedo is bullshit, or the laptime is bullshit."