Watch This Woman Do Cartwheels for Cops During a DWI Stop

No, cartwheels are not part of the standard field sobriety test. 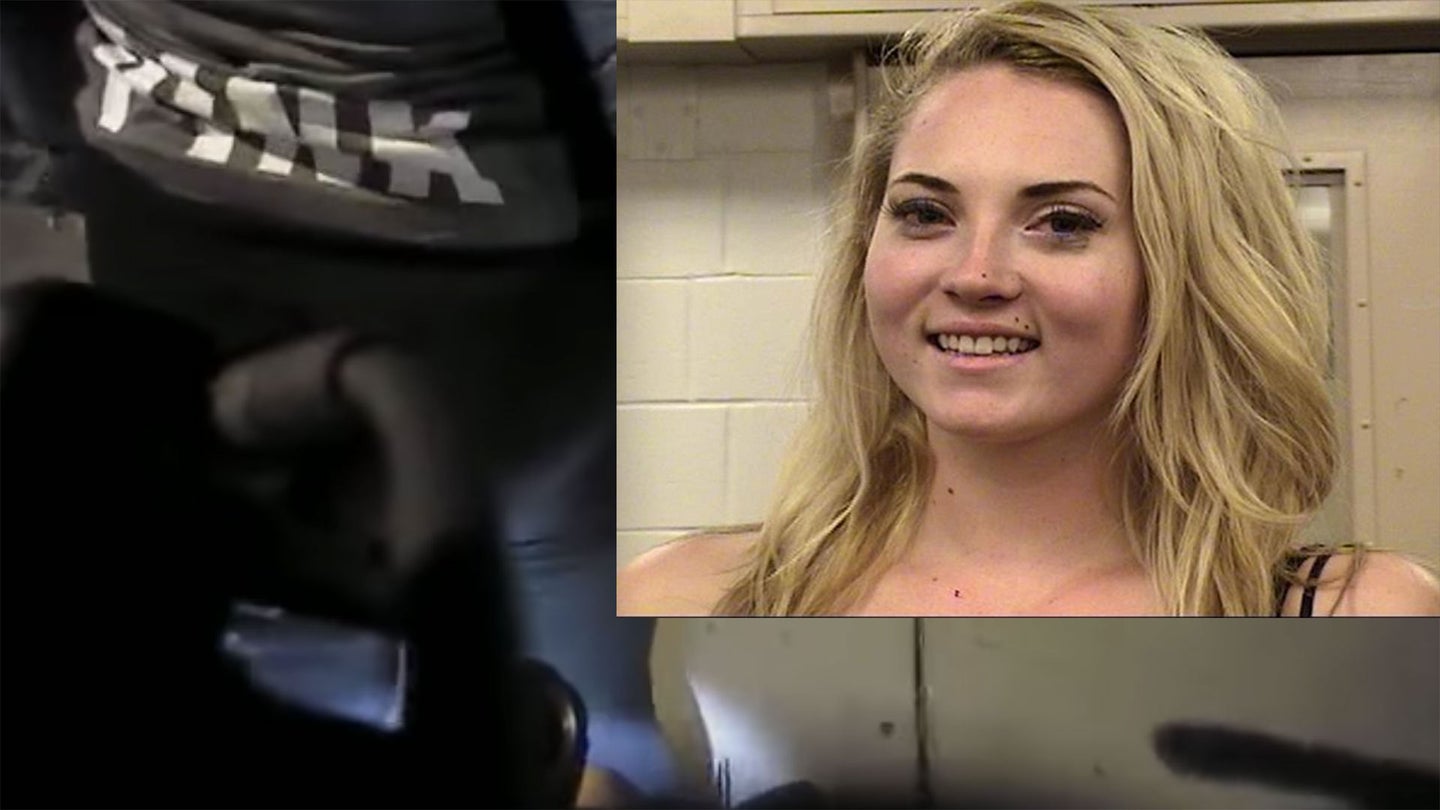 We've heard of jumping for joy...but never cartwheeling for cops. At least, not until now. A driver who was pulled over by police officers for a field sobriety test in Albuquerque, New Mexico was caught on camera frolicking around, including performing a few gymnastic maneuvers.

Bryelle Marshall was reportedly seen driving her black Volkswagen sedan recklessly, prompting police to respond to her location. When officers arrived, Marshall was asleep at the wheel parked in the roadway at the intersection of Pennsylvania Street and Zuni Road. Marshall had to be awoken by authorities due to her severe level of intoxication.

Once Marshall exited the vehicle, an officer instructed her to participate in a Standardized Field Sobriety Test (SFST)...which she was apparently less than cooperative for. Police stated she was not complying with orders, and that she began doing cartwheels and laughing during the SFST.

When officers attempted to show Marshall how to properly participate in the test, she struck an officer in the back and was subsequently arrested, terminating the SFST. Marshall was charged with battery, aggravated DWI and driving with an expired license plate.

In the video below you can see Bryelle swaying heavily, not complying, and exhibiting general behaviors associated with the possible presence of alcohol. Such as, y'know, cartwheels.