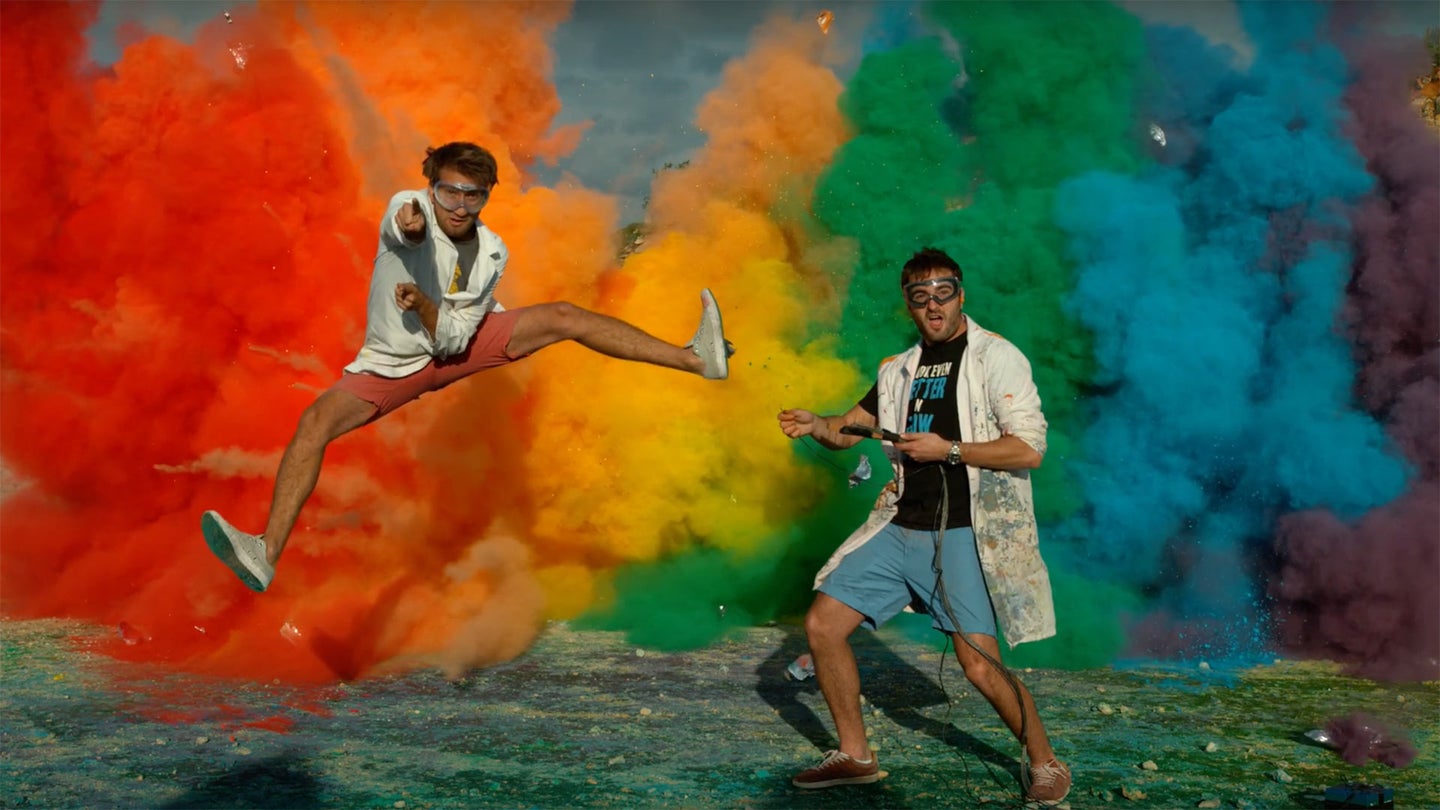 The Slow Mo Guys then proceeded to do the shot over again with slightly different timing as well as with them in the foreground. Now, don’t get me wrong, these shots rock but the production behind each shot must be a total pain. The Slow Mo Guys had to stack powder in tinfoil above each airbag before every shot and they constantly ran the risk of an airbag not detonating and subsequently ruining the slow-motion video.

This video is a refreshing take from the usual airbag videos we see of gearheads placing them under seat cushions or under tires in hopes of watching a fairly violent practical joke or mass destruction.