There are still three more Fast & Furious movies coming in the next few years, but apparently, that’s not enough of the “family” for Universal. 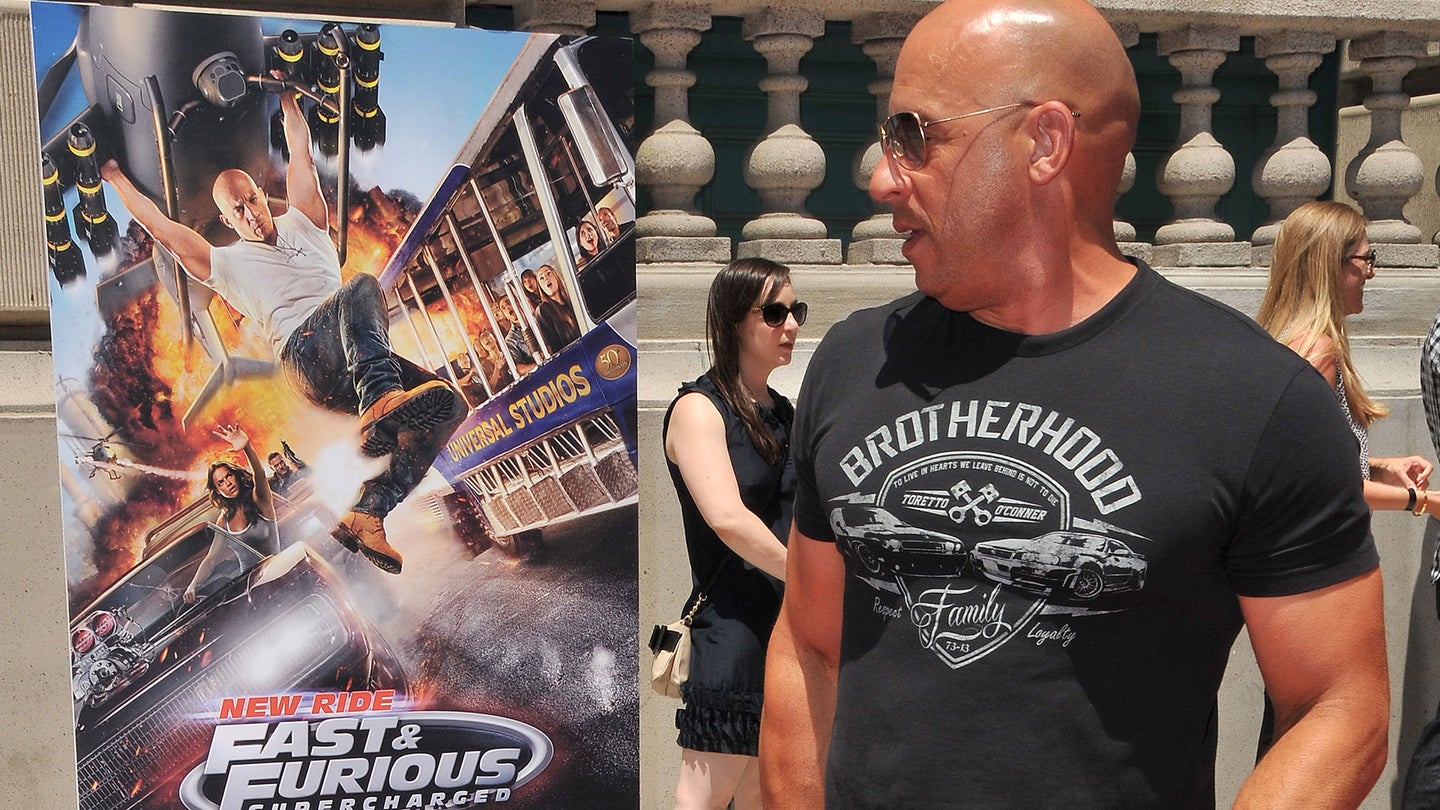 Between the last seven Fast & Furious movies, this year's The Fate of the Furious, and the two movies following in 2019 and 2021, it might seem like the world has had enough of Dom, Mia, Letty, and the rest of the family for a good century. But apparently even the Fast & Furious decemlogy (yes, we had to make up a word for 10 movies in a single series) isn't enough for parent company Universal. Earlier today, the studio announced it will be launching the Fast & Furious Live stadium show starting in January 2018.

"Fast & Furious Live brings to life the physics-defying stunts that have defined the eight-film franchise. Using the most advanced technology and featuring all the favorite cars from the blockbuster series, Fast & Furious Live will evoke the most audacious moments from the beloved series," Universal said in a press release. "Audiences will feel the heat from flaming exhausts and marvel at mind-blowing vehicular acrobatics as scene after scene unfolds with the most immersive, entertaining technology imaginable."

If this sounds a little bit like the Top Gear Live series, well, it'll likely look a bit like that too. The Fast & Furious Live series is reportedly being produced with Brand Events, which did the TG events for the BBC.

The company hasn't revealed yet where the arena show will be held, but given the global reach of Top Gear Live and the planet-wide success of the Fast franchise, we're guessing the shows will take places on several continents.

We wouldn't expect Vin Diesel or The Rock to show, though. They're way too busy accidentally revealing muscle cars.