The robotics company's newest machine is half horse, half Segway...and all potential Terminator. 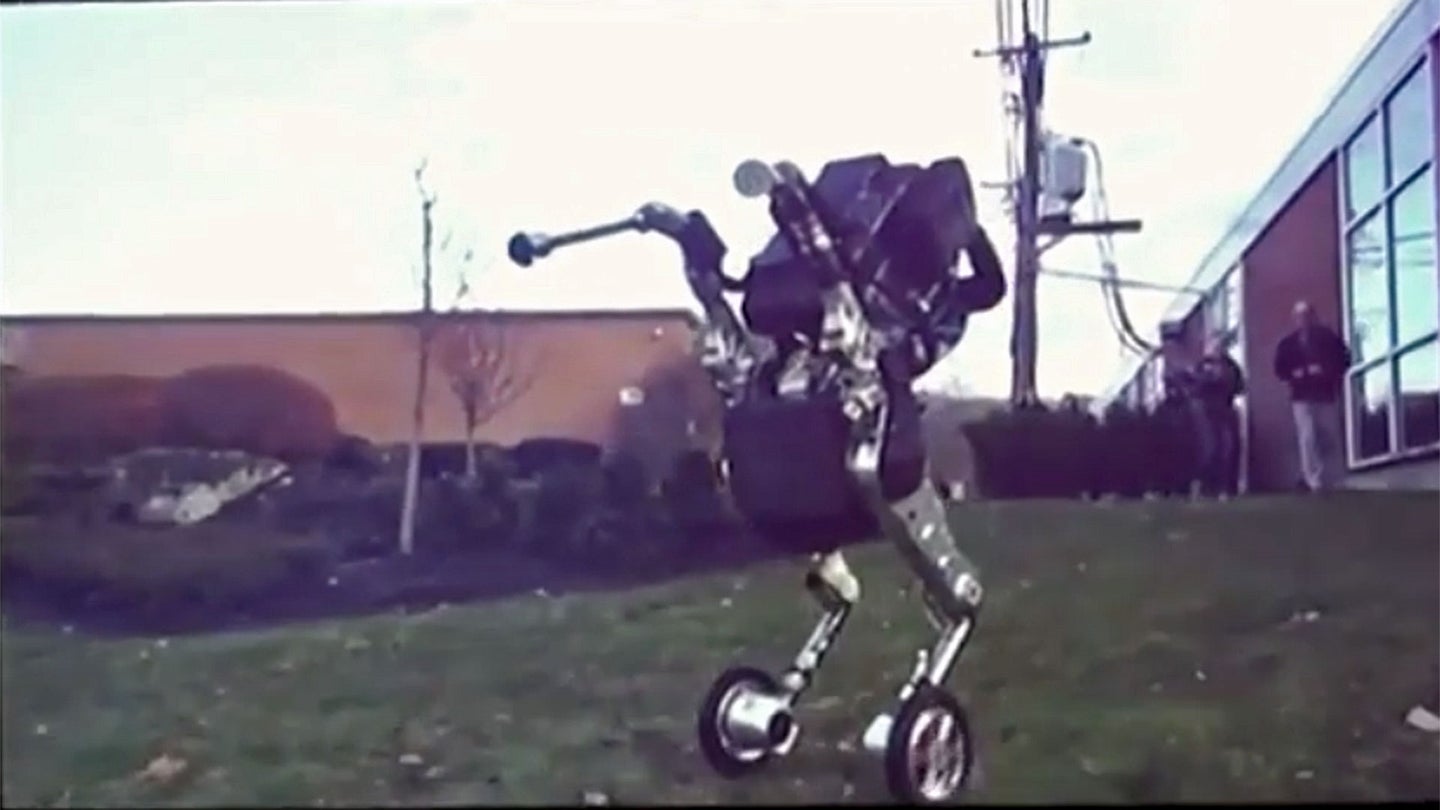 By this point, we should all be familiar with Boston Dynamics and their growing army of terrifying, ambulatory robots. Equipped with pogo stick-like legs, these residents of the Uncanny Valley have proven their ability to navigate the great outdoors, handle packages, and open doors with Velociraptor-like dexterity. Now, the Massachusetts-based robot company is giving the world its first look at Boston Dynamics's latest robotic creation...one that the company's own founder describes as "nightmare-inducing."

Marc Raibert revealed the new robot, known as "Handle," during a presentation to investors yesterday that was captured on video and posted to YouTube. Handle largely resembles the Atlas robot that was last seen fleeing its human tormentors, with one key exception: Instead of clomping humanoid feet, the new robot has a wheel at the end of each leg. Which, as it turns out, makes Handle far quicker and more agile than any of the company's previous proto-robopocalyptic machines.

The goal of the new robot, according to Raibert, was to combine wheels and legs—well, arms, really—in order to see how well such a machine could work. Such a robot, he said, could be less expensive than building machines that stroll about on limbs.

Oh, and the name Handle? Raibert says it comes from the machine's ultimate intended use of "handling" objects. Which totally makes more sense than the idea that it was made to "handle" humankind with extreme prejudice.