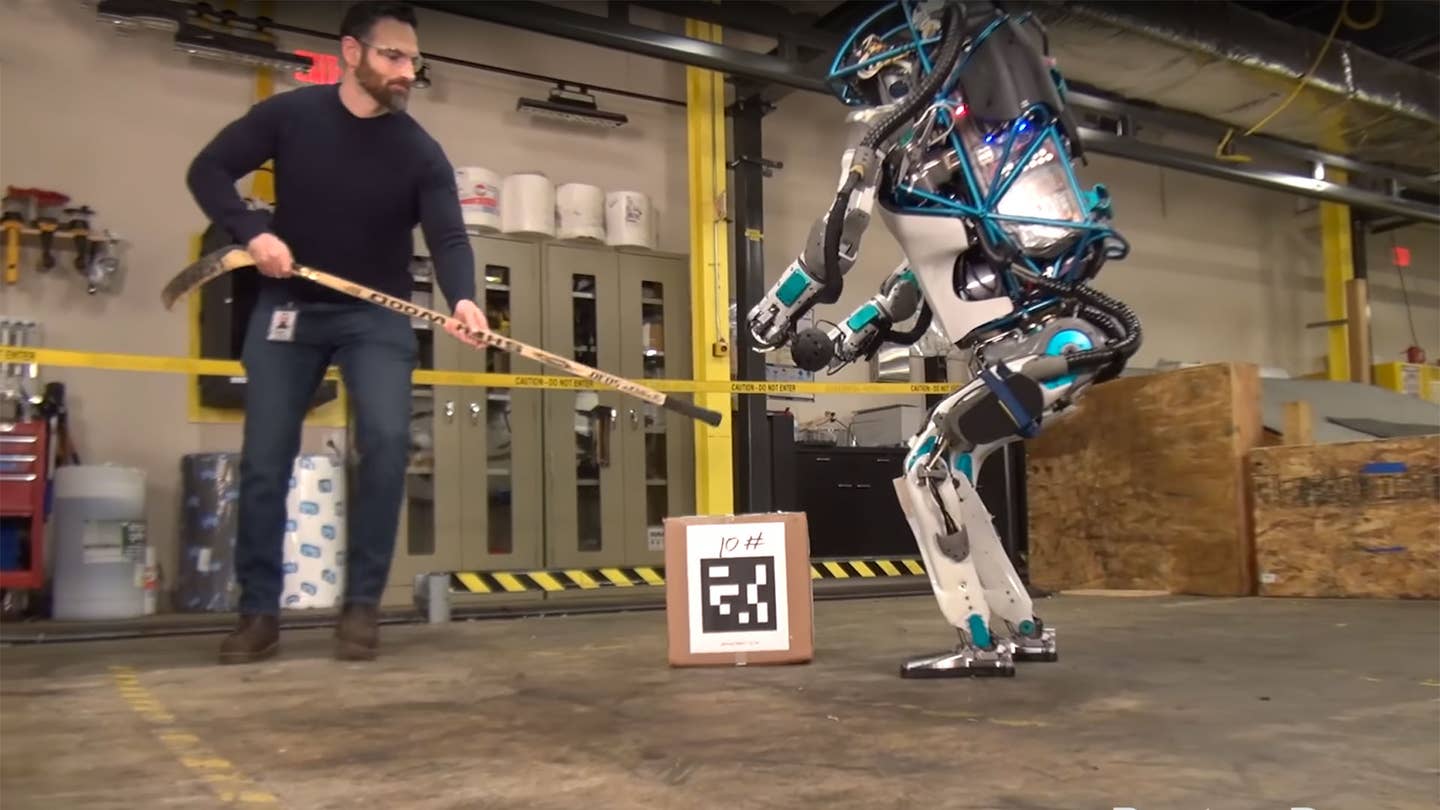 One day in the future, when the robots have taken over and ground humanity down to a delicious, meaty paste, they will tell stories of where they came from. And perhaps one of those tales will be the story of Atlas, the plucky bipedal robot built by Boston Dynamics who brought the machines one step closer to their inevitable takeover.

Atlas wasn’t the strongest or the fastest of the 21st century’s autonomous machines. In fact, at only 5’9” and 180 pounds, he was around the size of the average human of his day, back before the cybernetic purge wiped out 98 percent of the planet’s organic matter, starving Homo sapiens to the brink of extinction. Atlas couldn’t outrun humans like the Cheetah, or fling himself ten times his own height into the air like the Sand Flea.

But he was strong enough to scoop up 10-pound boxes all day long. Agile enough to stride through the snowy woods of Massachusetts as easily as it could walk through a hallway. Smart enough to open doors. And athletic enough to keep himself from falling when the cruel humans who built him prodded him with their bizarre Bostonian weaponry.

And unlike many of his predecessors, who terrified humans at a distance with the ferocious buzz of their generators, Atlas was powered by batteries. So he was quiet enough to sneak out of the lobby of the Massachusetts building where his cruel captors kept him, into the world...and into history.