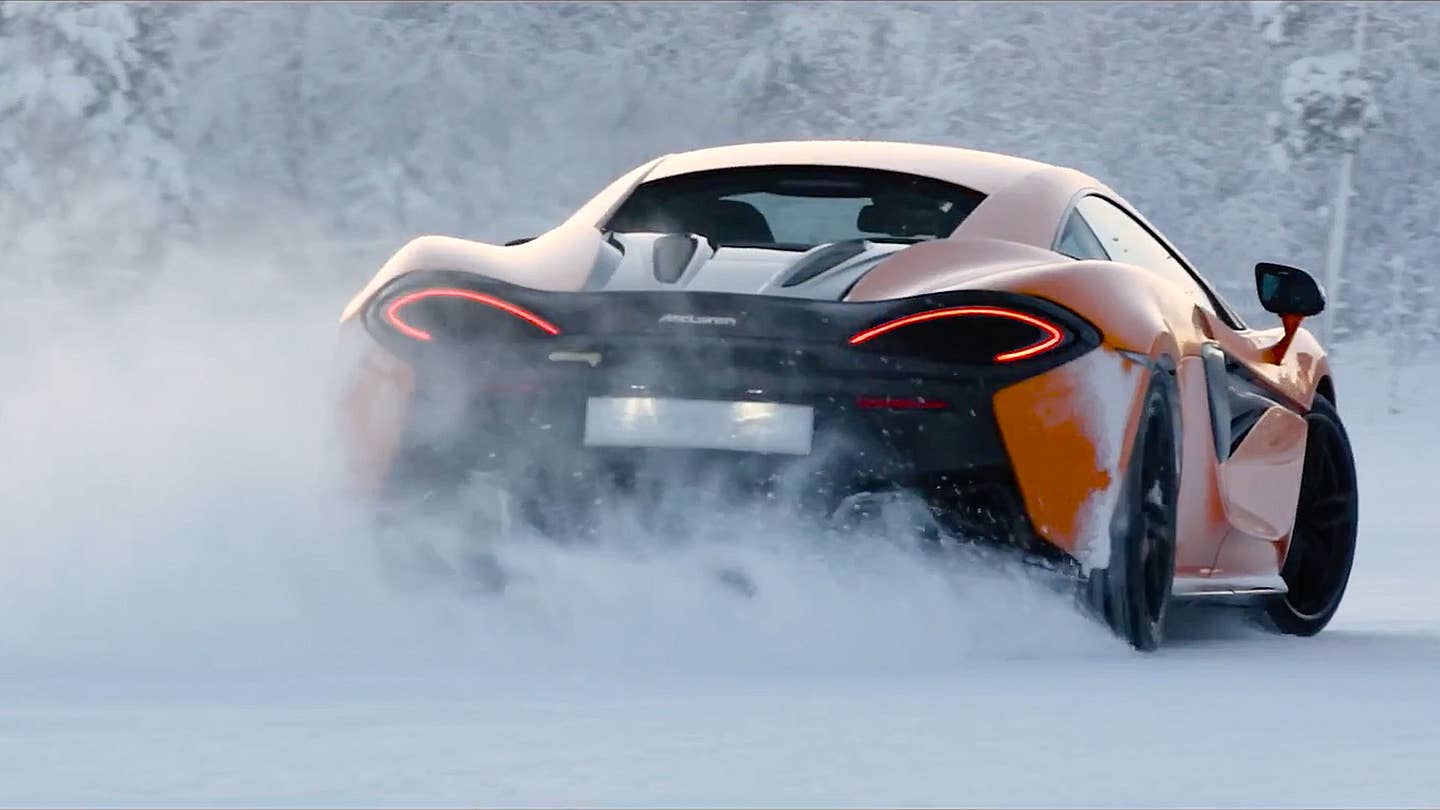 Typically, supercars are relegated to warm, dry weather—which is probably why it’s so much fun to watch them play in the snow. As we saw with the video of a Dodge Charger Hellcat doing donuts on an empty snow-filled rooftop last week, there’s just something wonderful about exceptionally powerful cars scrambling for purchase atop a surface of frozen water. It’s like watching figure skaters at play, if Michelle Kwan were powered by an eight-cylinder engine.

Clearly, someone at McLaren gets this, because the supercar company just released a video of the 570S playing in the winter.

This isn’t some little iPhone video of one of McLaren’s PR guys screwing around in the parking lot after a light dusting hit Woking, either. This is McLaren test driver and Indy 500 winner Kenny Bräck, working the 570S like the literal and metaphorical champ he is atop a frozen lake at the carmaker’s ice driving center in Finland. This is a full-blown, cinema-quality production, replete with artsy aerial drone shots and car-to-car footage. This is McLaren, at the height of its technical prowess, building an entry-level supercar as good as any other on the planet and setting it loose in an alien land, only to see it thrive.

This is probably the best video you’ll see today.

The best part, though? You can trace Bräck’s tire prints for yourself, should you like. McLaren’s Ice Driving Academy will be offering public programs from January 18 to February 6 next year, complete with bougie lodging, two days of ice driving, and just for kicks, a fun little sled dog expedition. Just a heads-up, though: At £12,500 (around $15,450 at current exchange rates) for a single driver, it ain’t cheap.