The future is closer than ever. Here’s proof. 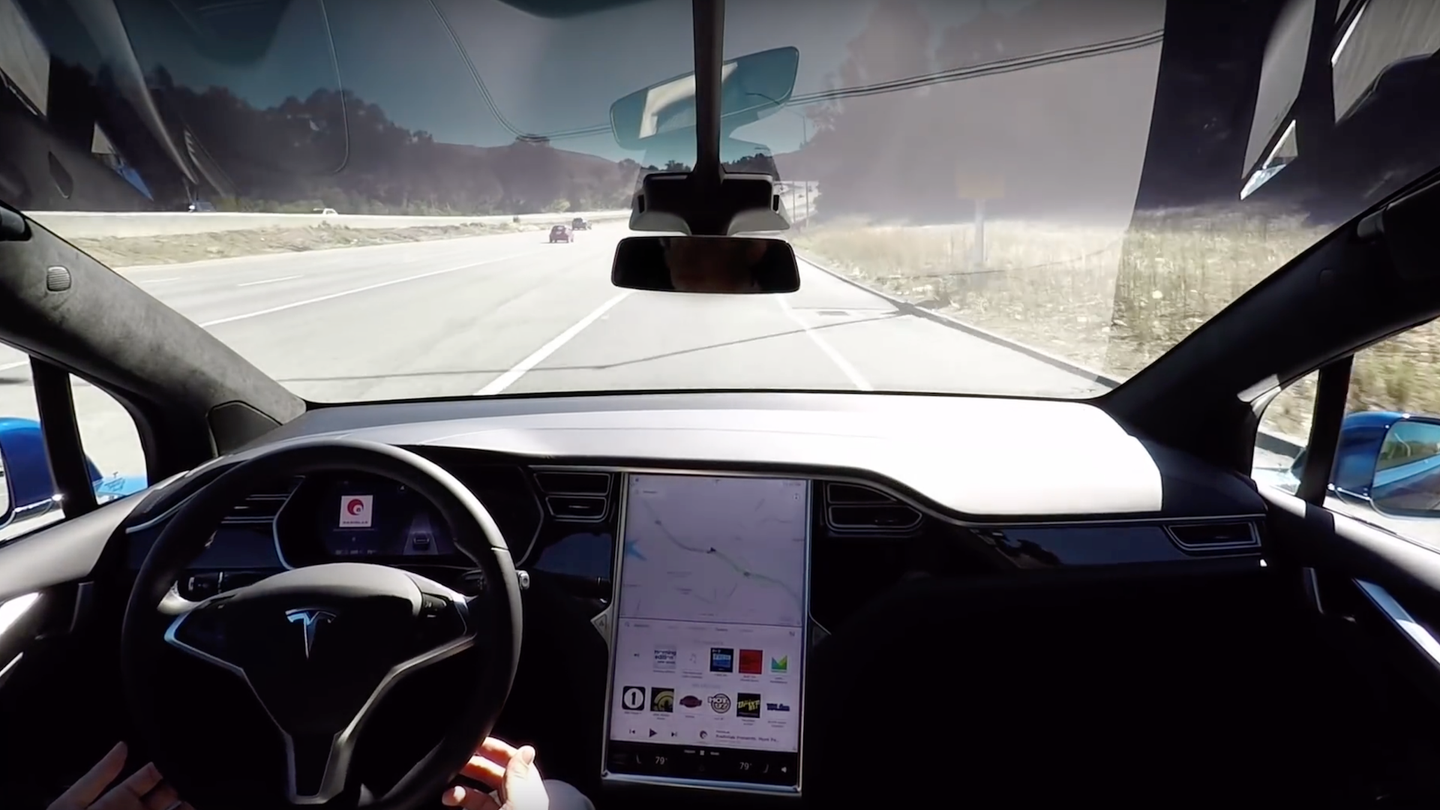 Just hours after the announcement that all Teslas are now being built with fully autonomous hardware, the automaker has released a video of its new self-driving technology in action.

Tesla CEO Elon Musk claimed on Twitter that the announcement, which was moved from Monday until Wednesday evening, was delayed because the company was rushing to produce a video that would prove the new Autopilot tech actually works.

As you can see in the tweets below, Musk said the Tesla in the video would be forced to deal with a "complex urban environment" scenario. Yet in the clip, which is stylishly set to the tune of The Rolling Stones' "Paint It Black," a Model X effortlessly navigates through what appears to be some well-maintained, easy-to navigate, suburban California roads on a beautiful, clear day. Not exactly the stressful metropolis we were expecting based on Musk's tweet.

As Musk revealed last night, Tesla's new cars come standard with Autopilot equipment that includes eight cameras that can see 360 degrees around the cars, 12 ultrasonic sensors, a new forward-facing radar system that's supposed to be more capable of seeing through inclement weather, and a new onboard computer to process all the information collected by the other hardware.

For the time being, cars equipped with all this new tech will have their full-autonomous capabilities disabled for legal reasons, and some of Tesla's previously touted Autopilot safety features, such as lane holding, active cruise control, automatic emergency braking, and collision warning will also be disabled. Once the full-autonomous tech is deemed safe and legal, owners will be able to enable the functions for $8,000.

By the way, that human behind the wheel in the video? Tesla says he's only there for "legal reasons."