The official cause of the accident has not yet been released. 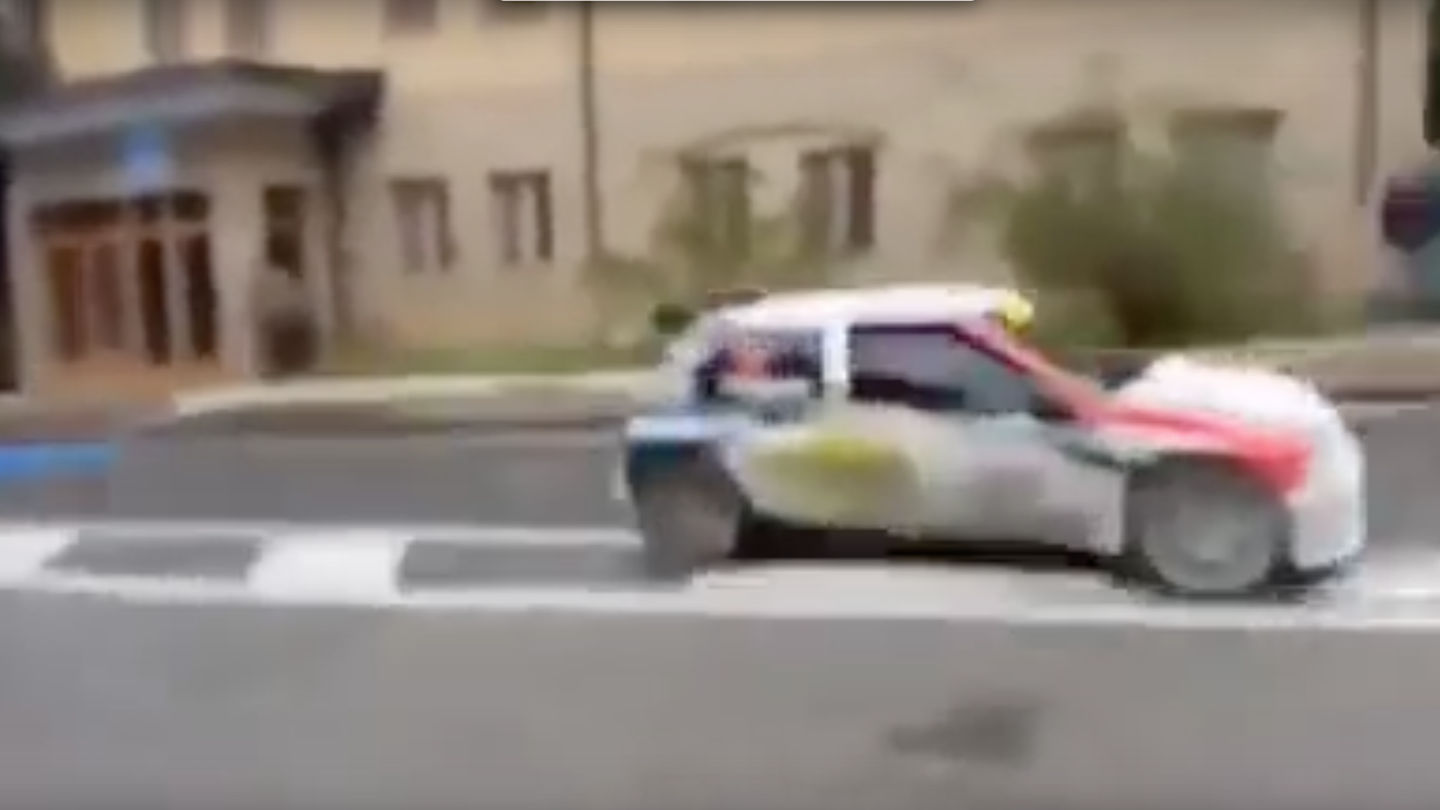 Eight people were injured and one person was killed Sunday when a rally car drove through a corner into a crowd at the San Marino RallyLegend race. The cause of the crash has not been confirmed, but locals believe the car lost braking ability when coming into the tight turn, Daily Mail reports. A criminal investigation is pending, per the newspaper.

The Renault Clio Maxi rally car, driven by Enrico Bonaso and his co-driver Alice Palazzi, plowed through protective hay bale barriers, placed at the center of a turn, and directly into a crowd of bystanders. Following the incident, the race stage was shut down immediately and all emergency responders stationed on the course were dispatched to the scene. Following the accident, race officials ended the race and cancelled the award ceremony.

The victim, killed instantly, was named as 57-year-old Henry Anselmino of Asti, Italy. His body, covered by a white sheet, could be seen in some of the photographs of the grisly scene. One woman and seven men were injured and transported to a local hospital, three reportedly in critical condition.

The official cause of the accident has not yet been released.

Warning: Some may find the videos below disturbing.