Rosberg pads his lead in the championship standings. 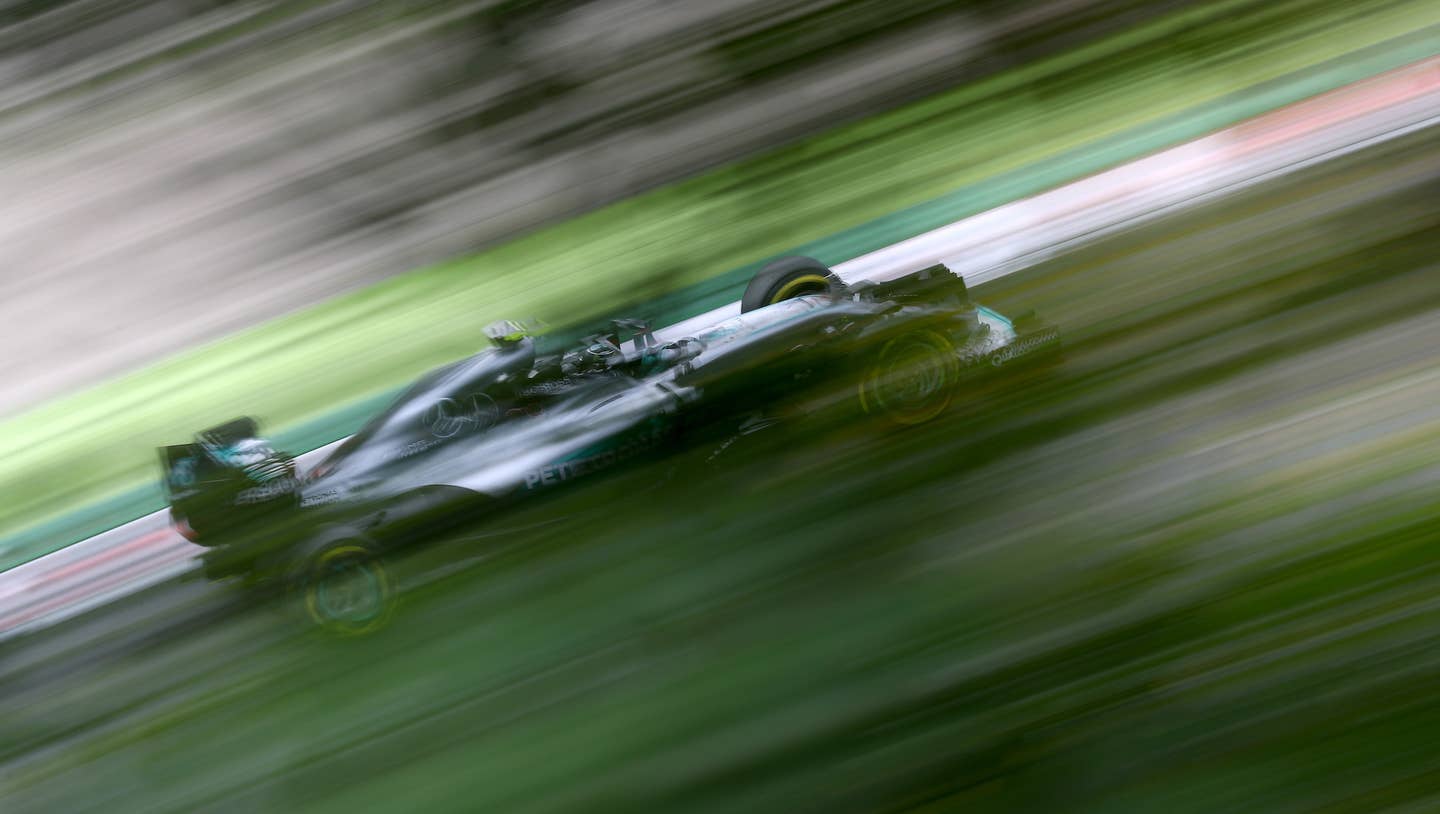 Whenever Formula 1 comes to Japan in the midst of a title fight, comparisons to the past are inevitable. There was that rain-soaked duel in 1976, forever cast in history (and CGI) by Ron Howard. Also 1989 and 1990, when a certain Brazilian and his French teammate had it out in matching McLarens. Sunday’s F1 Japanese Grand Prix wasn’t that.

Starting from pole, Nico Rosberg jumped out right away. Beside him, in the other Mercedes-AMG car, Lewis Hamilton flubbed the start (again) and dropped back to eighth place. He spent the following 52 laps clawing back, but to no avail. The Brit finished third, unable to overtake Red Bull’s Max Verstappen during the race’s final act.

After taking the checkered in Japan, Rosberg now commands a 33-point lead in the driver standings. With four races remaining, Hamilton’s odds of repeating as World Championship are dwindling fast. (But, hey, at least his Snapchat feed is on fleek.)

Other notables: Sebastian Vettel drove like hell, but was hampered by silly Ferrari tire strategy and backmarker traffic (his favorite!), landing in fourth. He was followed by teammate Kimi Räikkönen, then last weekend's race winner Red Bull’s Daniel Ricciardo. The Force Indias of Sergio Perez and Nico Hulkenberg were seventh and eighth, respectively. Felipe Massa and Valtteri Bottas in the Williams cars rounded out the top-ten.

The Haas F1 Team, America’s team, lined up Sunday on a high note, having qualified eighth and tenth. It almost translated to points, as Romain Grosjean crossed the line just 0.9s behind Bottas. Esteban Gutiérrez got tangled up with a Torro Rosso car early, spun out, and failed to recover. He finished 20th.

It’s worth relaying that Mercedes is protesting the race results. The team claims Verstappen, who put some gnarly defensive moves on Hamilton in the final laps, was driving "erratically and in a dangerous manner.” That shouldn’t stick, but this is the FIA, so who knows, really. If Mercedes has its way, Hamilton will get an ex post facto bump to second place, and credited with points accordingly.

Expect the ruling to come down this afternoon.