Volvo’s New Self-Driving Truck Can Navigate a Mine

Just another thing it can do better than Derek Zoolander. 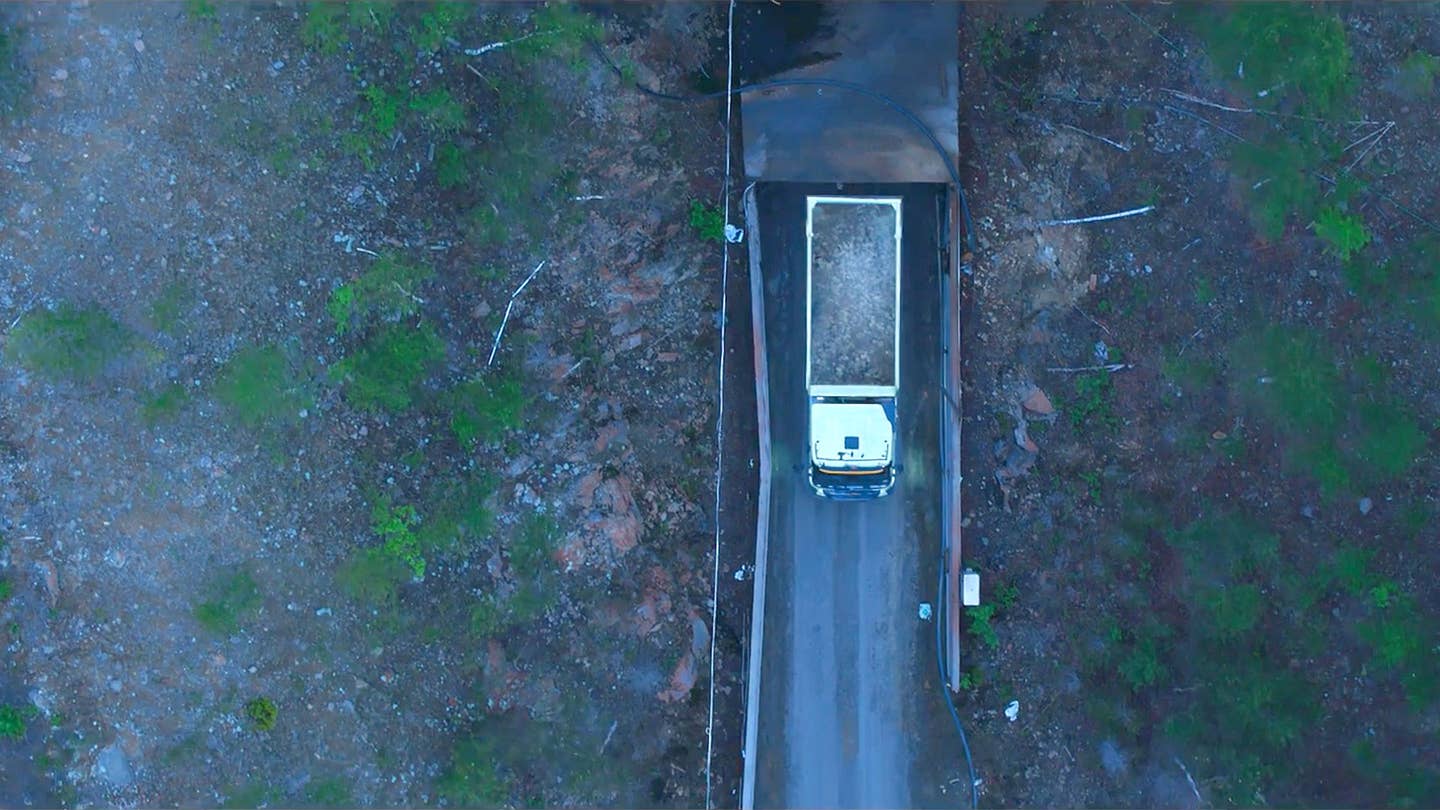 When it comes to dealing with the real world, Volvo’s self-driving trucks only needed to be able to turn left to be superior to Derek Zoolander. As it turns out, though, the Swedish company’s autonomous big rigs can also beat the male model at another game: they can handle life in the mines.

To show how advanced its futuristic trucks are, Volvo dispatched one of the autonomous machines to Sweden’s Kristineberg Mine, which reaches nearly a mile beneath the surface of the Earth. The modified Volvo FMX was sent down as part of a project to see how self-driving vehicles might make mine operations safer and more efficient; the first truck will be heading down for the trial this fall, with another three following suit over the course of the next year.

Unburdened by drivers who need to breathe, autonomous vehicles don’t need to wait for deadly gases to clear a shaft before moving along, thus helping to improve productivity without endangering workers. In order to navigate the subterranean realms where GPS signals fear to tread, the self-driving Volvo trucks use radar and laser to continuously scan the tunnel around and ahead of themselves, constantly generating and revising maps of the routes for future use.

And to further show off the truck’s advanced suite of intelligent sensors and safety system, Volvo executive and chief technical officer Torbjörn Holmström even volunteered to stand in front of the truck as it wove through the mine’s tunnels, to prove it would indeed stop by itself when confronted with a squishy human obstacle. The video the company put together to show off the truck’s skills may pack a little too much lens flare for our taste, but that doesn’t change how cool the project is.