The British brands have come a long way from those finicky Lucas electronics. 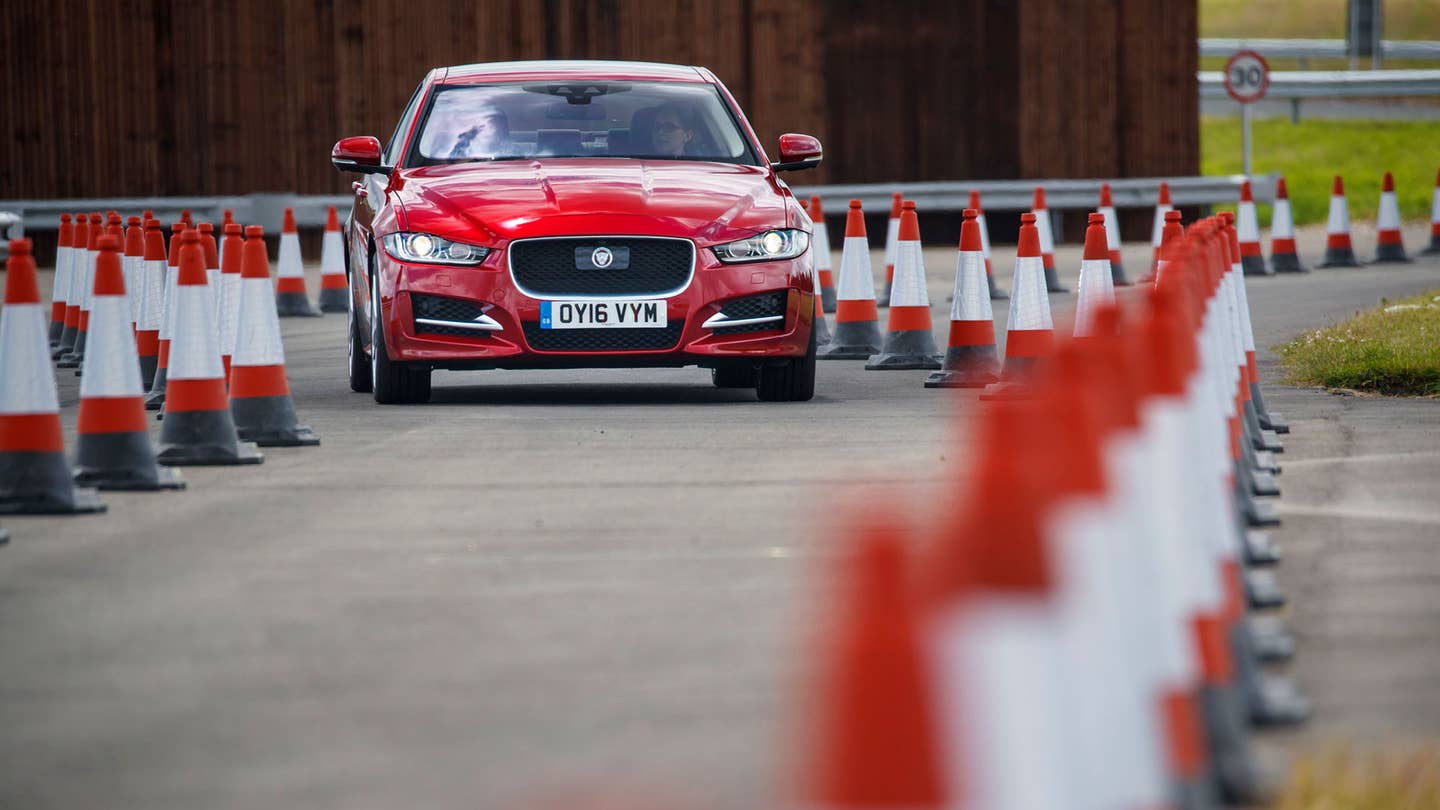 Autonomous cars are set to be a $1.3 trillion business, and the Brits aren’t keen on missing out. So, Jaguar Land Rover has committed to producing 100 self-driving research vehicles as testbeds for the technology, the first of which will hit English roads late this year. Examples will include many of the top models from the Tata Industries-owned brand, like the Land Rover Range Rover, Land Rover Range Rover Evoque, Jaguar XJ and Jaguar XE. If all goes according to plan, successful execution of this autonomous technology could mean lesser motorists of the mid-2020s might never against be cut off by a Range Rover driver late for his tee time.

These test beds won’t be fully autonomous, like the Google cars patrolling California’s freeways. Rather, their systems will be modelled on those from Tesla, Mercedes, and Volvo. JLR's self-driving cars will construct a 3-D view of the roadway via myriad cameras and sensors, then brake and accelerate the cars as traffic demands. The tests will occur on a 41-mile-long test loop near Jaguar Land Rover headquarters. Initial drives will address car-to-car and car-to-infrastructure communication, plus recognition of road signs, traffic lights, and other markings. Even though all the research vehicles will be right-hand-drive, all technologies will be ambidextrous.

From there, Jaguar Land Rover will select items from its smorgasbord of technologies and bundle them into proprietary systems. Roadwork Assist, for example, would use a stereo camera to identify cones and barriers, notify the driver, and then chart an appropriate course through the obstacles. Safe Pullaway is meant to keep drivers from selecting the wrong gear—an especially notable problem, perhaps, given JLR’s rotary shifter?—and uses the camera to assure there are no obstacles in the car's chosen direction. On the connected-car front, JLR hopes to offer Over the Horizon Warning and Emergency Vehicle Warning; in those systems, oncoming cars and emergency vehicles would emit signals picked up by JLR cars, which would chime and alert their drivers to their distance and direction.

This news comes hot on the heels of the announcement that Jaguar Land Rover is doing pioneering work in the field of off-road autonomous driving. At some approaching point in our future, no terrain will be safe from the (probably very safe) driving of a powerful computer, myriad cameras, and a suite of environment-analyzing software. Even at brands like Jaguar, which champions on-road driving pleasure, and Land Rover, whose fans itch to take their trucks through the deepest gullies, autonomous technology is becoming a requisite option. As for us analog-loving drivers? There’s always Craigslist.

Carmaker wants to make sure automotive autonomy doesn’t stop when the road does.

Plus, the ultimate cooking appliance and 35% off Patagonia shorts.