Maybe invite some friends over to help when it’s time to change out the spark plugs. 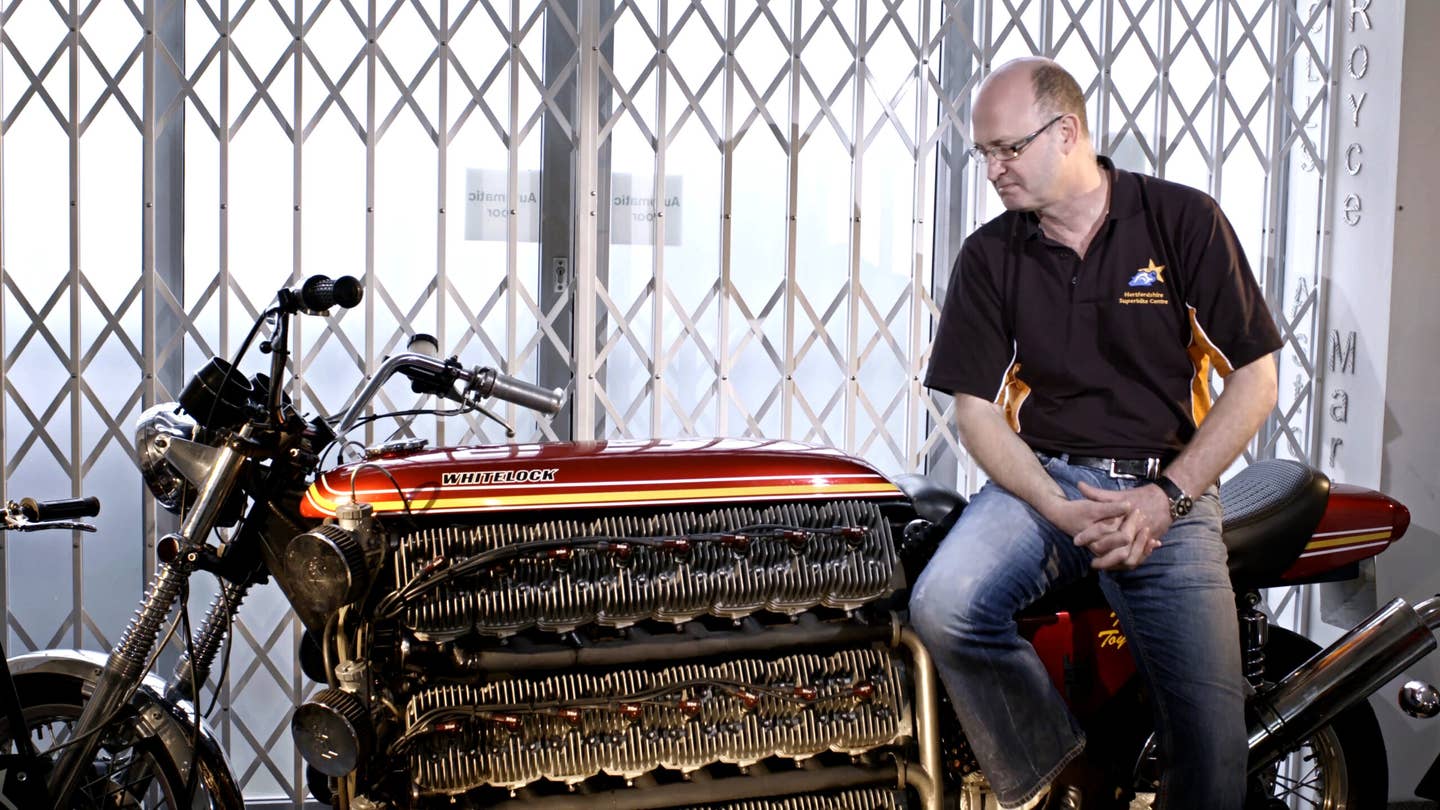 Motorcycles typically sport smaller engines of four cylinders or less. Larger engines are heavier and compromise handling, and there are limits to how much power is useful on two wheels anyway. Every so often, though, someone goes out and builds a V8 or V12 motorbike as a bit of a laugh. If you want the world record though, you'll have to best Simon Whitelock's effort, as seen on YouTube in the form of a 48-cylinder Kawasaki.

Named Tinker Toy, the bike spawned from Whitelock's love of Kawasaki Triples, the potent two-stroke bikes popular in the late 60s and early 70s. The engine consists of six banks of eight cylinders, assembled from Kawasaki KH250 engines. All up, it sports a total capacity of 4200 cc, or 256 cubic inches.

Assembling such an engine is no mean feat. Custom fabrication was required all over the bike, for everything from engine internals to simpler things like the 6-way throttle splitter which runs a line to each carburetor.

Tinker Toy wasn't Whitelock's first build, though. He worked his way up to it after starting with a four-cylinder build, before also experimenting with a 9-cylinder "triple-triple" and an inline-7 design.

"It's not made for speed, it's not really made for power, it was made to get in the Guinness Book of Records," said Whitelock. The build did indeed live up to Whitelock's hopes, with the Guiness world record for "Vehicle engine with the most cylinders" standing proudly in his name.

The giant engine has a handmade exhaust system. The headers were built in sections; they're so long that they would otherwise warp during the welding process. There's a 24-into-1 system on each side, finishing in a standard 4-stroke muffler can. The original KH250 tank with an extra section welded in is actually just a dummy cover for ignition hardware and electronics. The fuel tank is buried deep in the bowels of the engine at the bottom of the bike.

To kick over the monster motor, a small 125cc "donkey engine" from a scooter is used as a starter, after a 50 cc engine proved incapable of the job. A small car alternator is used to supply power, while a BMW K100 gearbox handles drive to the rear wheel. Honda Goldwing brakes, calipers, and forks take care of things up front. with an extra spring to take the weight. The reinforcement is absolutely justified given the bike's total weight of around 600 kg, or around 1300 lbs.

The mighty motorbike has a compromised riding position that forces Whitelock to stretch and lean forward, but it's not really a cruiser anyway. Still, we'd love to see Tinker Toy cruising around British country roads, perhaps with the aid of a new seat and some longer handlebars to boot.