Leopard Wanders Into Mercedes Factory, Shuts Down Production for Hours

Now there’s an explanation for a delay you’ve never heard before. 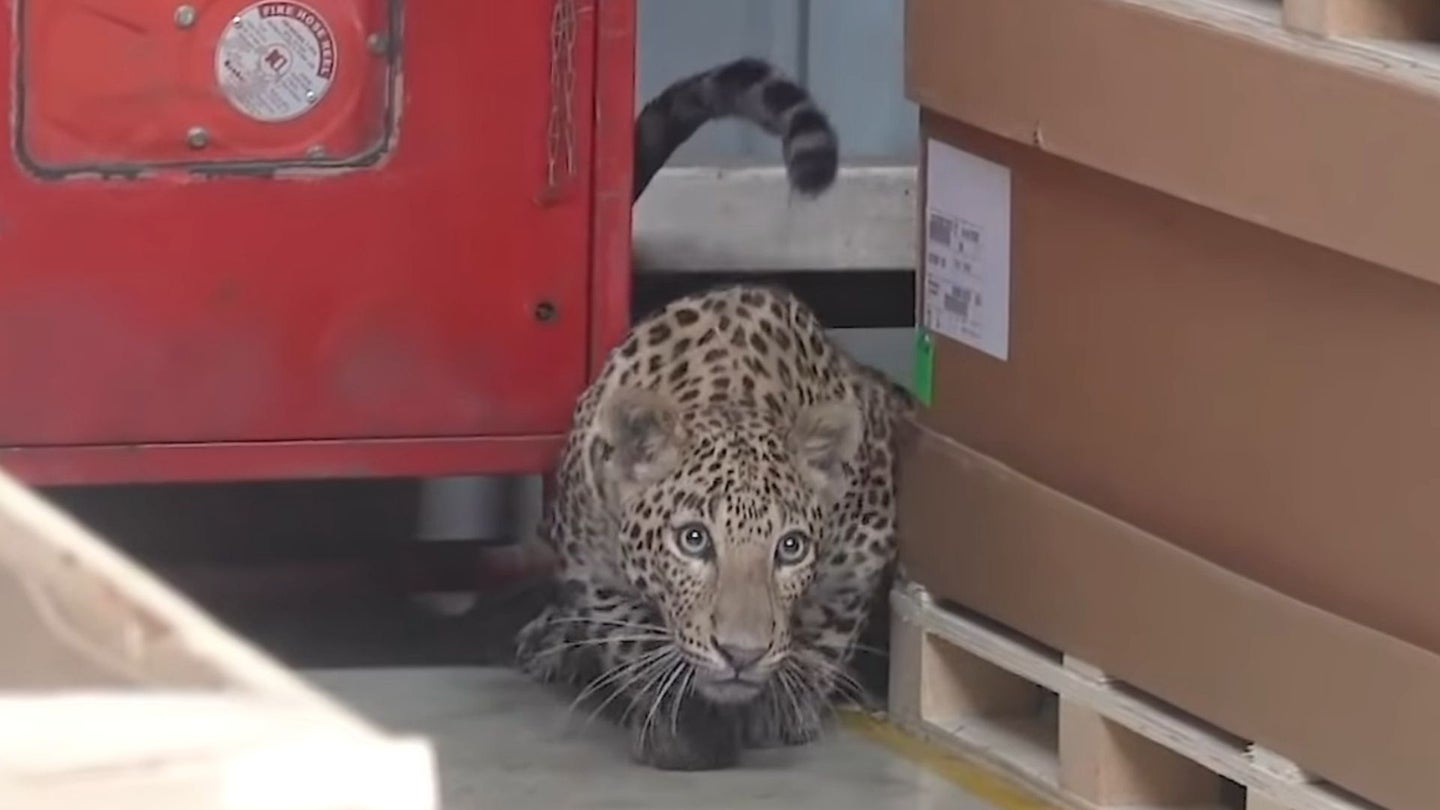 By now, you’ve heard about production delays a thousand times due to supply chain issues and chip shortages. Imagine you’re waiting on a Mercedes-Benz to arrive and you receive a notice that your car has been delayed for a day due to a leopard interruption. That’s an email that you should save forever, because it will likely never happen again.

In Chakan, India in the district of Maharashtra, a young leopard padded into the Mercedes-Benz factory and scared the employees half to death, shutting down production for several hours. This particular area of the globe has a higher density of leopards than anywhere else in the world, but it's still a rare occurrence for these animals to get so close to humans.

According to Wildlife SOS, an animal rescue organization with 12 locations in India, the three-year-old male feline wandered into the plant and (understandably) sent the employees into a panic. The staff alerted the State Forest Department, which looped in Wildlife SOS for help. The Wildlife SOS team operating out of the Manikdoh Leopard Rescue Center rushed to assist from about 43 miles away with four staffers and two veterinarians.

After securing the area and evacuating employees, the team tracked the animal and Dr. Nikhil Bangar tranquilized the cat from a safe distance. Then the young leopard was carefully carried out of the factory, assessed for any injuries (there were none) and Wildlife SOS released the feline back into the wild. A similar incident took place 800 miles away near New Delhi; a leopard spent a day and a half hiding from authorities in 2017 and shut down India's largest car factory.

“Due to rapid habitat loss, leopards of Maharashtra are being forced to venture into human-dominated areas,” Wildlife SOS said in a release about the incident. “Our team is trained to ensure that such situations are handled with the utmost caution, keeping in mind the safety of the leopard as well as humans.”

I can only imagine how startling it would be to be working away at the Mercedes-Benz plant when suddenly you see a very fast, very toothsome cat slink into your area. Happily, this story has a positive ending for the people and the leopard.