Ford’s self-driving research now falls under Ford Next in a bid to “incubate new business ideas.” 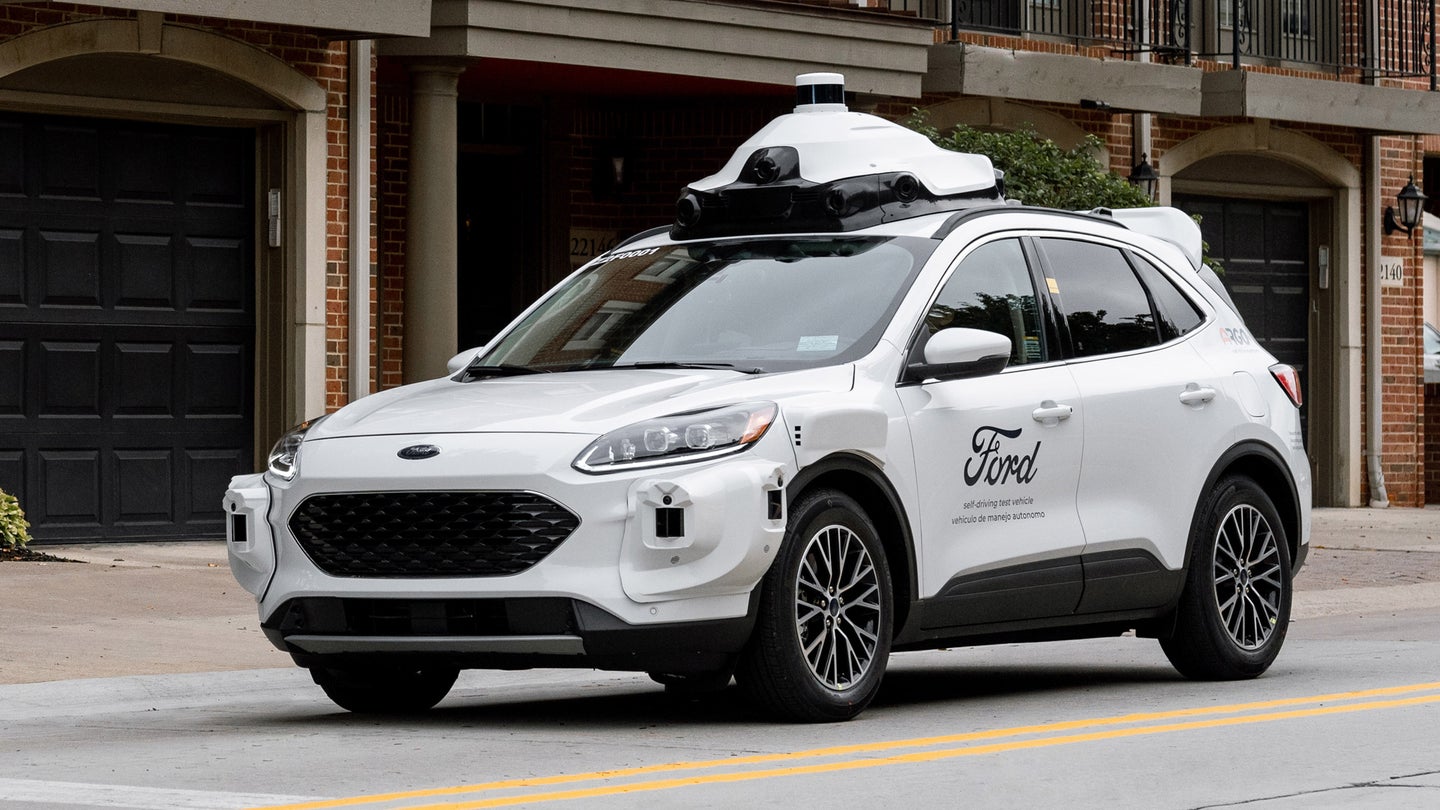 Ford has been shaking up its business model with vigor recently, and autonomous cars are next on the list. CEO Jim Farley made the decision to spin the automaker's new-technology divisions—including the segments responsible for automated driving—into Ford Next. Effectively, it's a business area meant to help foster a more agile development environment.

News of the move comes almost immediately after Farley's announcement that Ford's electric and ICE vehicles would be split into separate divisions. Among other changes, the two will report their own earnings separately despite being part of the same parent. Ford Next, which now includes both Ford Autonomous Vehicles LLC and the automaker's $1 billion stake in self-driving technology firm Argo AI, will be reporting its own earnings as well. In a statement to Bloomberg, a Ford spokesperson stated that this “...reflects a more nuanced rebranding and repositioning of an existing group," rather than a "significant structural shift." Ford established its formal LLC for autonomous vehicle research in July 2018 and has tested autonomous vehicles in the past, but the company only created Ford Next internally late last year.

While it may not be a significant structural shift, it further shows that Farley remains focused on reorganizing Ford into a fast, tech-startup-speed company for its newest technologies. During the conference where he explained the EV and ICE division split, he stated, "The reality is our legacy organization has been holding us back. We had to change." Given that 118-year-old Ford represents one of the largest long-established automakers now fighting off electric vehicle competition from new companies such as Rivian and Tesla, the push for rapid development makes sense.

Farley himself has previously said “You can’t ask ICE people to do certain things, it takes too long," and his recent poaching of several high-level managers from Apple—including one who manages advanced technologies—further demonstrates the company's desire to speed its progress on the newest fronts of automotive tech. This approach has paid off in a big way for Ford and Farley both, with the latter nearly doubling his compensation year-over-year from 2020 to 2021. Indeed, Farley's pressing hard in areas where his predecessor Jim Hackett was more or less lukewarm, like EVs and automated driving.

While consumers likely won't notice a change from any of the recent business reorganizations, Ford's investors will certainly take close note.

Ford Dealers Will Finally Be Forced to Learn About Electric Vehicles

The split between the company’s combustion and electric cars is going to shake up its dealer network, whether they’re ready or not.

Ford to Split Its EV Operations Into a Separate Business Unit