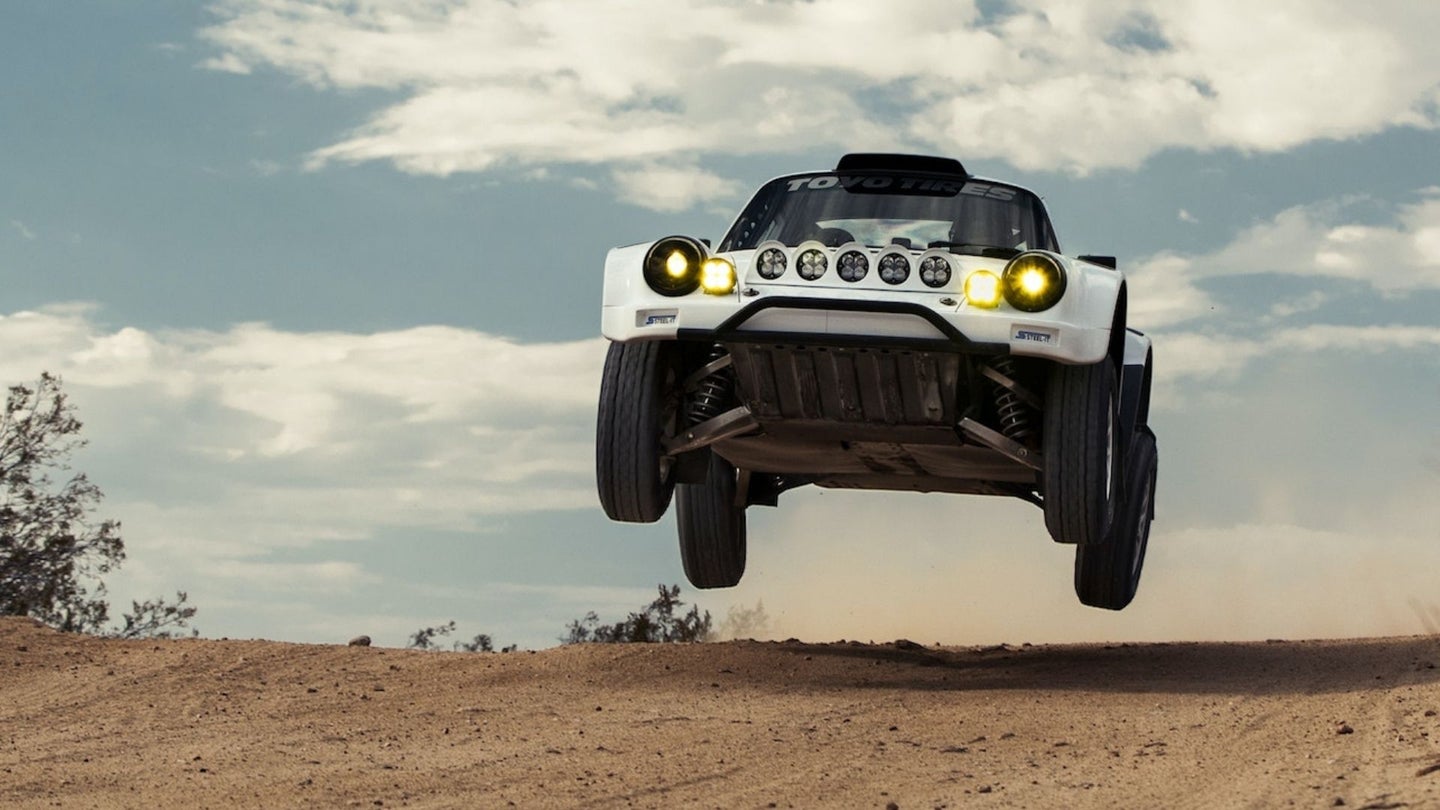 When you think of a Porsche 911, you might imagine sitting in one of these poster cars carving canyons or smoothly shifting gears on the highway. And yet, some intrepid souls are fitting off-road bits to their 911s and whipping them into the dust. At this year’s Dakar Rally, for example, American driver Amy Lerner tackled all 5,000 miles in her 1982 Porsche 911 SC. And Renee Brinkerhoff has been rallying on dirt roads all over the world in her 911 predecessor, a well-equipped 1956 Porsche 356A.

Russell Built Fabrication is on trend, built a 911 Baja Prototype on a 764 Carrera 4 Cabriolet chassis modified with a roll cage, and it’s wild. If this sounds like a dream to you, it’s up for auction on Collecting Cars; bidding has jumped from $160,000 to $225,000 since Friday, and it appears to be on a northward trajectory all the way until the auction closes this Friday, February 4.

The 911 has been stretched like life-sized Silly Putty, adding three inches of length and 15 inches of width to the measurements of the Carrera 4 using custom composite panels. Finished in white, this off-roader is bolstered by aerospace-grade chromium molybdenum steel for strength and weight savings. That explains how this 2800-pound rocketship can catch air and not fall apart when it comes back down.

Under the hood, a 360-hp 3.8-liter flat-six engine built by Rothsport Road & Race is mated with a six-speed G50 stick shift. Also blessed with 310 pound-feet of torque, it’s got moves. The Porsche already has a pedigree, too, showing as a finalist in the 2019 SEMA Battle of the Builders.

There’s no question it’s built for tough terrain; the Porsche 911 rides on a custom suspension crafted from 7075 grade alloy and 4130 chromoly steel. The features of the build afford the car a foot of suspension travel at the front and an inch more than that at the rear, which means it’s going to tackle bumpy roads like a dune buggy.

This is the first car in a limited series of numbered custom ‘safari’ 911 builds, and it looks like a blast. Get it while it’s still grounded.