Unfortunately it’s not the next Popemobile, but I think it should be. 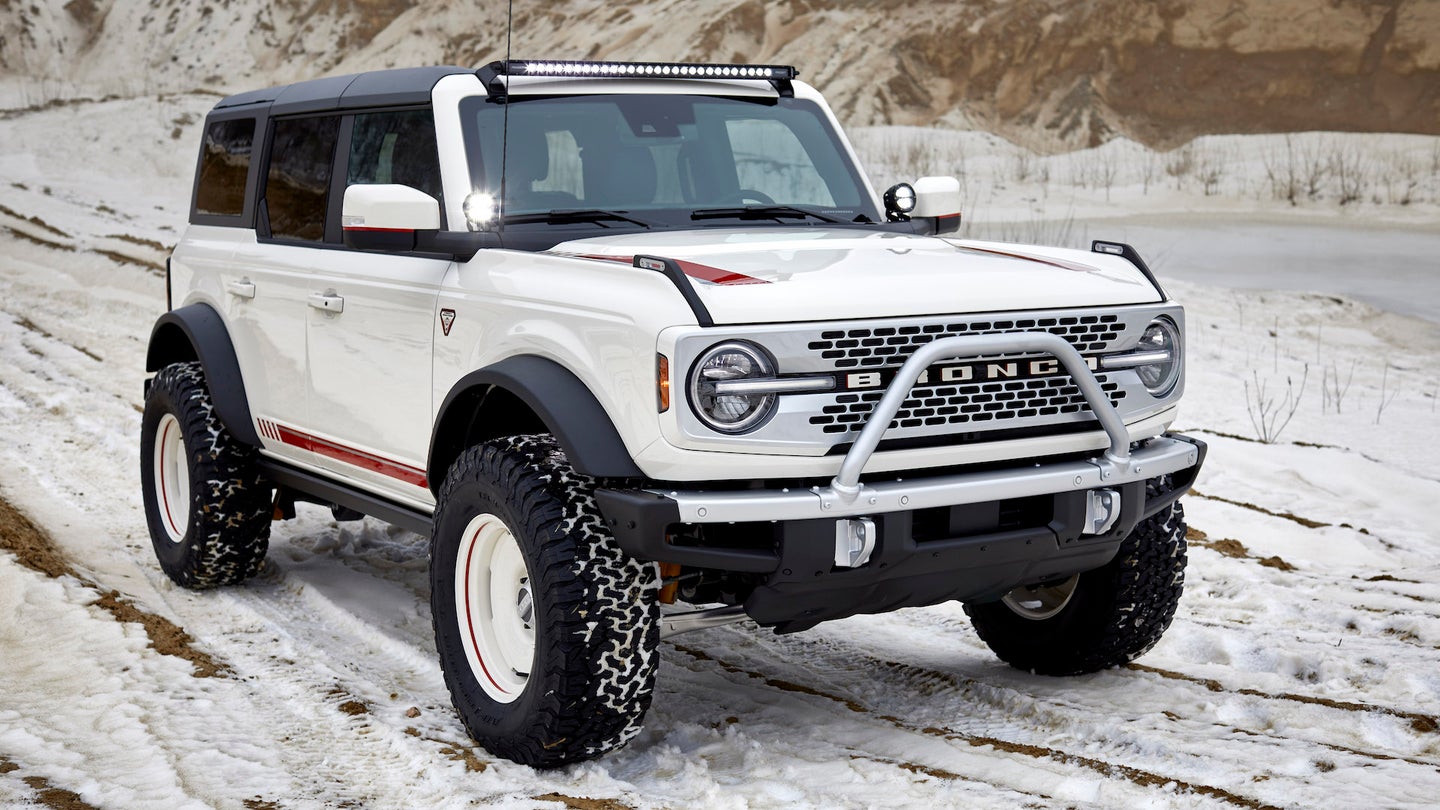 Seemingly to balance out the devilishly-rowdy red off-roader that is the new Ford Bronco Raptor, the Blue Oval is unveiling a decidedly holier version of its Wrangler-battling SUV. Despite what you might be tempted to assume based on its name, the 2021 Ford Bronco Pope Francis Center First Edition isn't actually a Bronco built for Papal use. In true priestly fashion, it's a one-off that's set to be auctioned off at Barrett-Jackson this Thursday with all proceeds going to the Pope Francis Center in Detroit. The Pope Francis Center is a homeless center offering food and shelter as well as hygiene services, medical, and legal clinics for the less fortunate. It just so happens to bear the name of the current head of the Catholic Church. Between this and the spiritually-opposed Raptor, nobody can accuse the Bronco of not having range.

The dash and seat inserts are the same shade of white while badges that say "First Edition Pope Francis Center" adorn the fenders, giving the Bronco a decidedly heavenly vibe.

While I realize that the actual connection between this Bronco and the Pope is purely titular, the Ford Bronco wouldn't be a bad car to make an honest-to-God Popemobile out of. The roof is already removable for the Pope to stand up and do his waving thing, and it's reasonably dignified-looking and boxy. What else does a Pope need out of a car?