Rather than fighting Rivian, Ford, and Chevy, Bollinger's refocusing on a niche that's not quite so crowded. 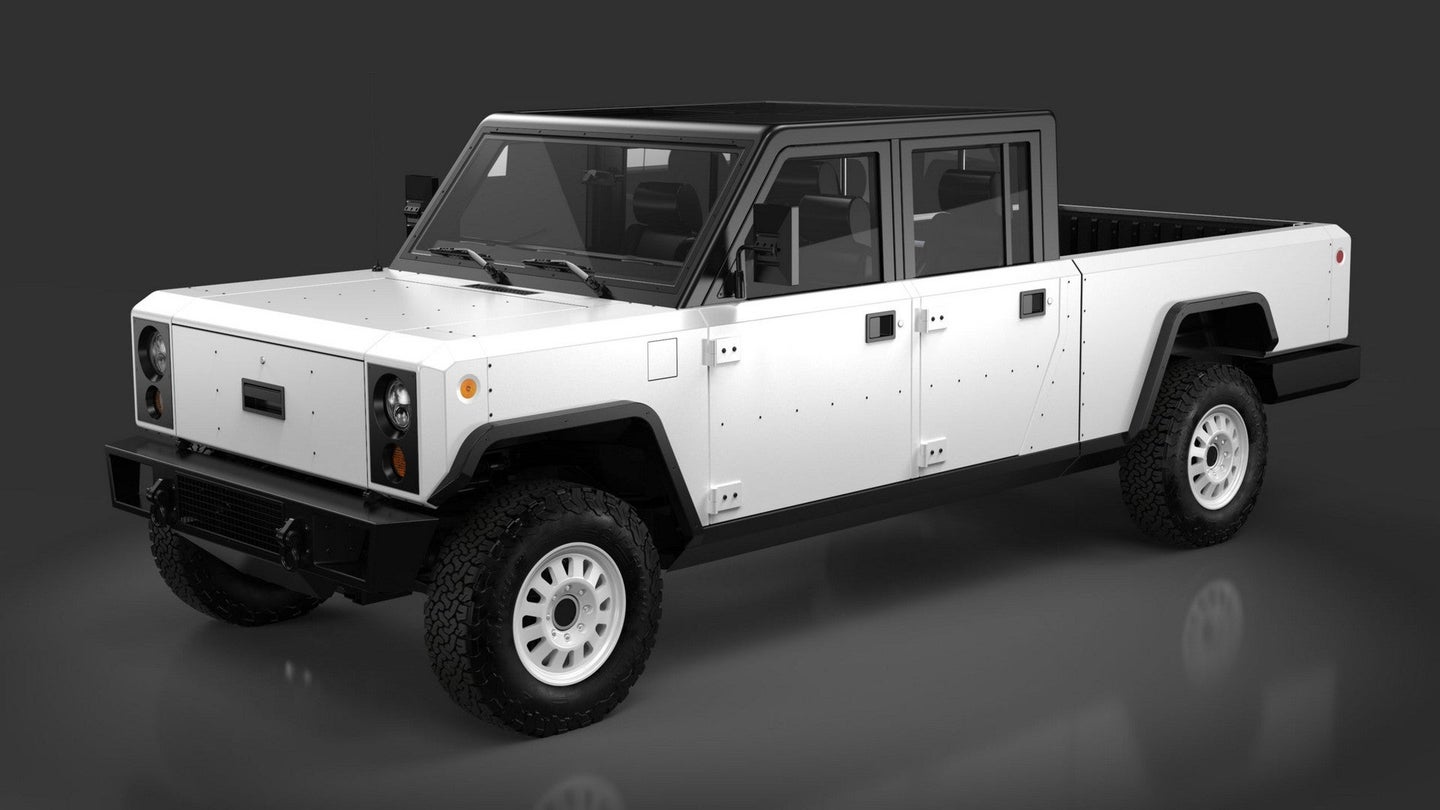 The electric pickup truck segment is set to be one of the industry's most competitive in the next year or two. Rivian has already launched its adventure-ready R1T and Ford's kickstarting F-150 Lightning production this spring, then there's Chevy and the 2024 Silverado EV. It makes sense, then, that startups with other options would take another route; that's what Bollinger's doing.

Whereas the boxy electric truck brand had planned on competing with those other companies in the consumer pickup segment, it announced Friday that it'll shift all its attention to commercial vehicles for the time being. That's probably not a bad idea, especially considering the lofty performance goals it's already set for its Chass-E trucks. If you'll remember, Bollinger claimed last August that its most capable Chass-E-5 will boast 11,500 pounds of payload capacity.

Work applications are more fitting for electrification than they're often given credit for. When you can focus on attributes like towing and payload rather than trying to meet Americans' unrealistic range expectations, it frees up resources to deliver to potential fleet customers. That's not to say it'll be smooth sailing for Bollinger after today, but now that its B1 SUV and B2 pickup have been "postponed," it can reallocate its time and money to a space that's still short on battery power, in a way.

Bollinger confirmed in a press release that anyone who placed a deposit on the B1 and B2 will receive a refund.

We've seen plenty of other EV startups throw out their plans of producing consumer models, like hydrogen-hopeful Nikola and its overhyped Badger. Others like Lordstown, though, refuse to cave following constant challenges as the Ohio-based company continues to pursue its Endurance pickup. At least Bollinger never had to deal with biting accusations of fraud from Hindenburg.