There's a coin shortage in the U.S., but not in this Georgia driveway. 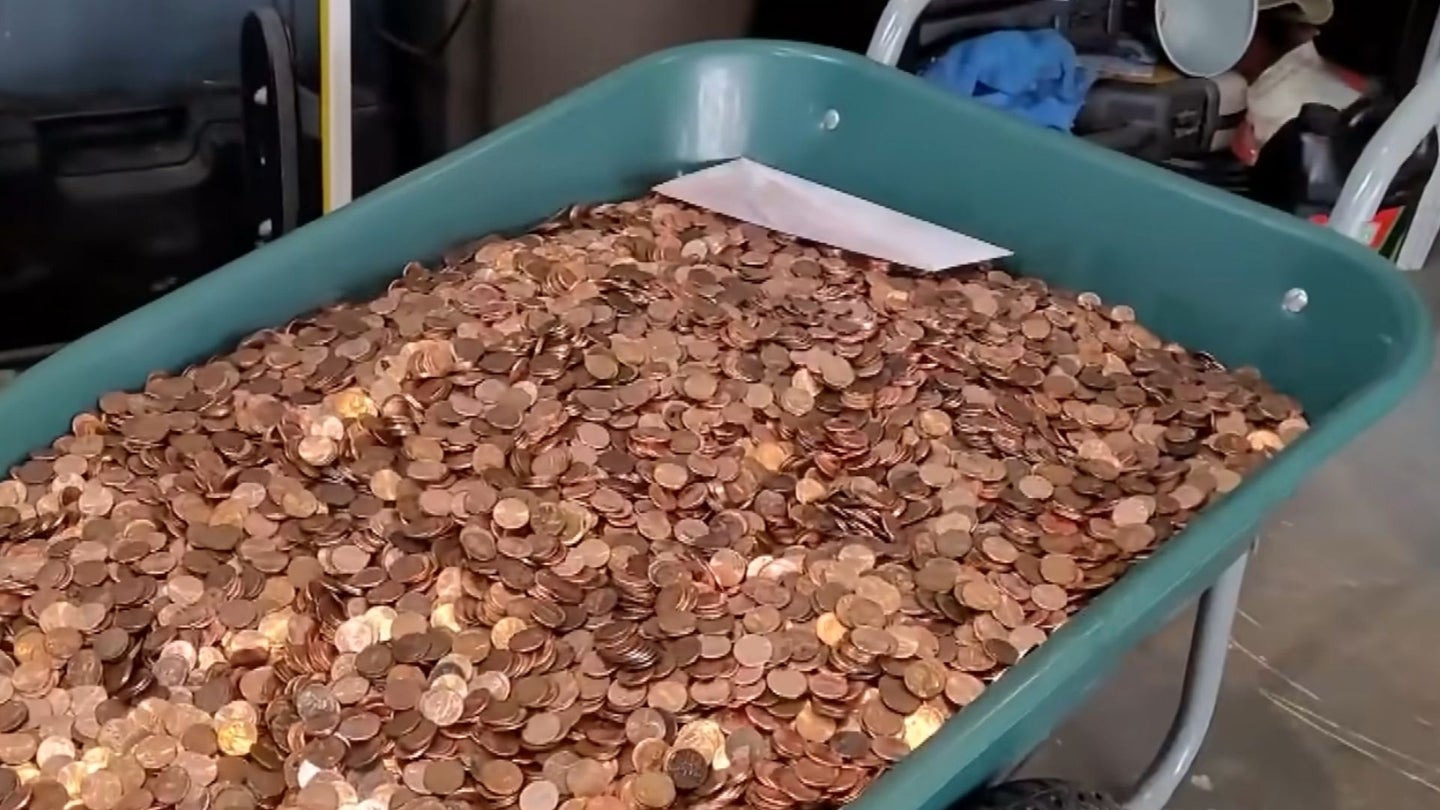 Revenge is a dish served best in a wheelbarrow. In 91,000 greasy, oily pennies. No, wait – that’s not how it goes. For a man in Fayetteville, Georgia, that’s exactly how it went down when his former employer left $910 dollars in one-cent increments in one messy pile in his driveway. Andreas Flaten finally received the final paycheck he was allegedly due, but in a form that was not only cumbersome but covered in some kind of oily substance.

Flaten filed a complaint with the Department of Labor last January, accusing A OK Walker Autoworks and its owner Miles Walker of stiffing him for his last paycheck before he quit. In an act of what appears to be juvenile pettiness, Flaten got his money, alright, but not in the form of a paper check as is customary in professional circles.

According to the New York Times and Associated Press, Walker said he “couldn't recall if he dumped the pennies at Flaten's house.”

"He got paid, that's all that matters," Walker reportedly said.

TV channel KIRO 7 in Seattle confirmed that it is not illegal to pay an employee in oil-covered pennies. The outlet secured a quote from spokesman for the U.S. Department of Labor Eric R. Lucero stating, “There is nothing in the regulations that dictates in what currency the employee must be paid.”

However, it is illegal for a business to shirk its responsibility to pay overtime wages. In a lawsuit filed on December 30, the U.S. Department of Labor "repeatedly and willfully" failed to pay time and a half for overtime. Contrary to its employee contracts, the shop was allegedly paying salary rates instead of hourly, doling out the same check even if more than 40 hours were logged.

NBC News reported that A OK claimed to have paid Flaten with 100,003 pennies, 750 dimes, two quarters, a nickel, and Flaten's pay stub, which was emblazoned with a specific expletive. Whether Flaten has counted all of those yet remains unclear. The repair shop cheekily updated its home page to include the statement "And yes we accept pennies as payment! They are cash! 10%processing fees do apply."

Last we heard, Flaten was cleaning the pennies and preparing them to be cashed in. I’m not sure which side set fire to the bridge first, but it’s one that’s likely to never be repaired. The old adage "all publicity is good publicity" does not apply here for this shop.

Got a tip? Comment below or send a tip to kristin.shaw@thedrive.com.