The notorious Colorado trail is not at risk of shutting down to 4x4s. 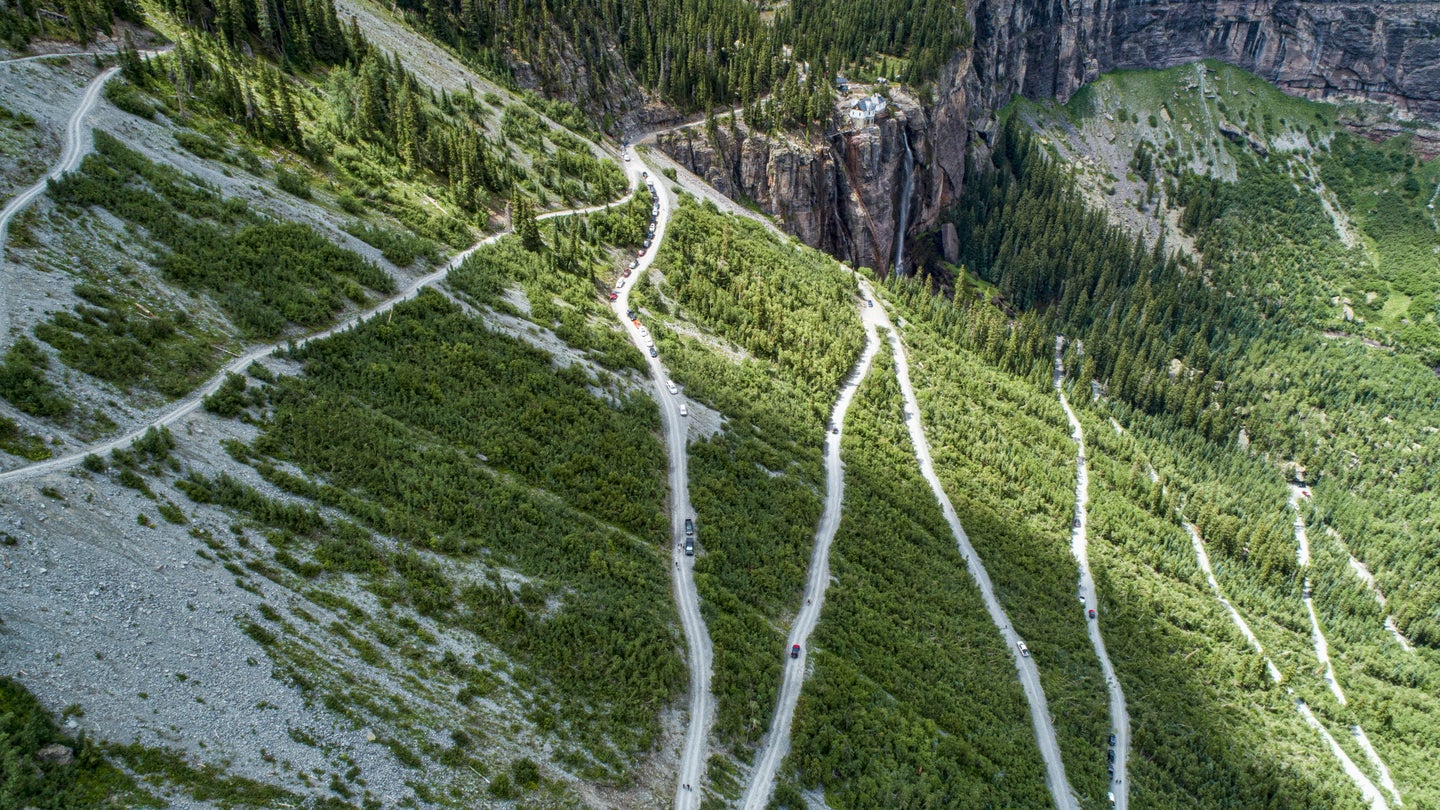 Colorado’s Black Bear Pass is one of the most notorious off-road trails in the country. A treacherous route over the mountains and down into the city of Telluride, the steep gravel road has claimed many 4x4s over the years. It’s an achievement for any vehicle and driver to traverse it, and it was previously reported that proposed land management changes for the Grand Mesa, Uncompahgre, and Gunnison (GMUG) National Forests might mean its closure for 4x4s. That’s not the case, as the Forest Service has clarified. Although the areas around these routes might technically be redesignated, the routes themselves aren’t going anywhere.

The initial cause of concern stemmed from potential changes to how 3 million acres of the GMUG are zoned for the next 15 years. The Forest Service constructed four possible plans on how to do this, and there was a public comment period allowing people to voice their opinions. Of the four plans, one keeps things the way they are now—it’s been named Alternative A. Another, Alternative B, adds more “semi-primitive motorized” land and keeps the these areas around Black Bear pass active.

As for the remaining alternatives, it was believed that because the areas around the trails were rezoned as “semi-primitive, non-motorized,” off-roaders wouldn’t be allowed on the trails themselves. However, the Forest Service has since clarified that these plans rezoned these areas to prevent new trails from forming, not to close any existing ones.

In their current forms, Alternatives C and D would rezone the areas around trails like Black Bear Pass and Imogene Pass into places where 4x4s aren’t welcome. However, we’re told Alternative C will likely be tweaked to become more off-roader friendly. “The plan will not close existing designated routes, now or in the future, regardless of the setting in which it’s mapped. We will be working on making that crystal clear in the final plan,” a Forest Service spokesperson told The Drive. “Rest assured there is no intention whatsoever of closing those beloved routes.”

Below, you can see the maps which rezone the land surrounding the trails. In plans with no orange highlighting around the listed routes, it will not be permissible to drive off these trails and form new ones nearby. If you want to see the maps of the alternatives for yourself, they're located here.

These re-worked zones are also not final, as a Forest Service representative explained. It could very well be that these semi-primitive motorized areas around the trails get included in the final rezoning of the area, which will be signed off on come Autumn of 2022. Even if they aren’t, however, favorites like Black Bear and Imogene Pass aren’t going anywhere on account of a Forest Service decision. Off-roaders can rest easy.

Corrected at 1:39 p.m. ET on 12/09/2021: This article previously stated that Black Bear Pass was at risk of closing due to proposed zoning changes in the GMUG National Forests. The Forest Service reached out to clarify that these potential plans will not close existing designated routes, adding that it’s allowable to have a motorized trail in a non-motorized setting. The article’s text and headline have been corrected, and The Drive regrets the error.