Satisfying its biggest customer is apparently even more important to Rivian than producing the R1T or R1S. 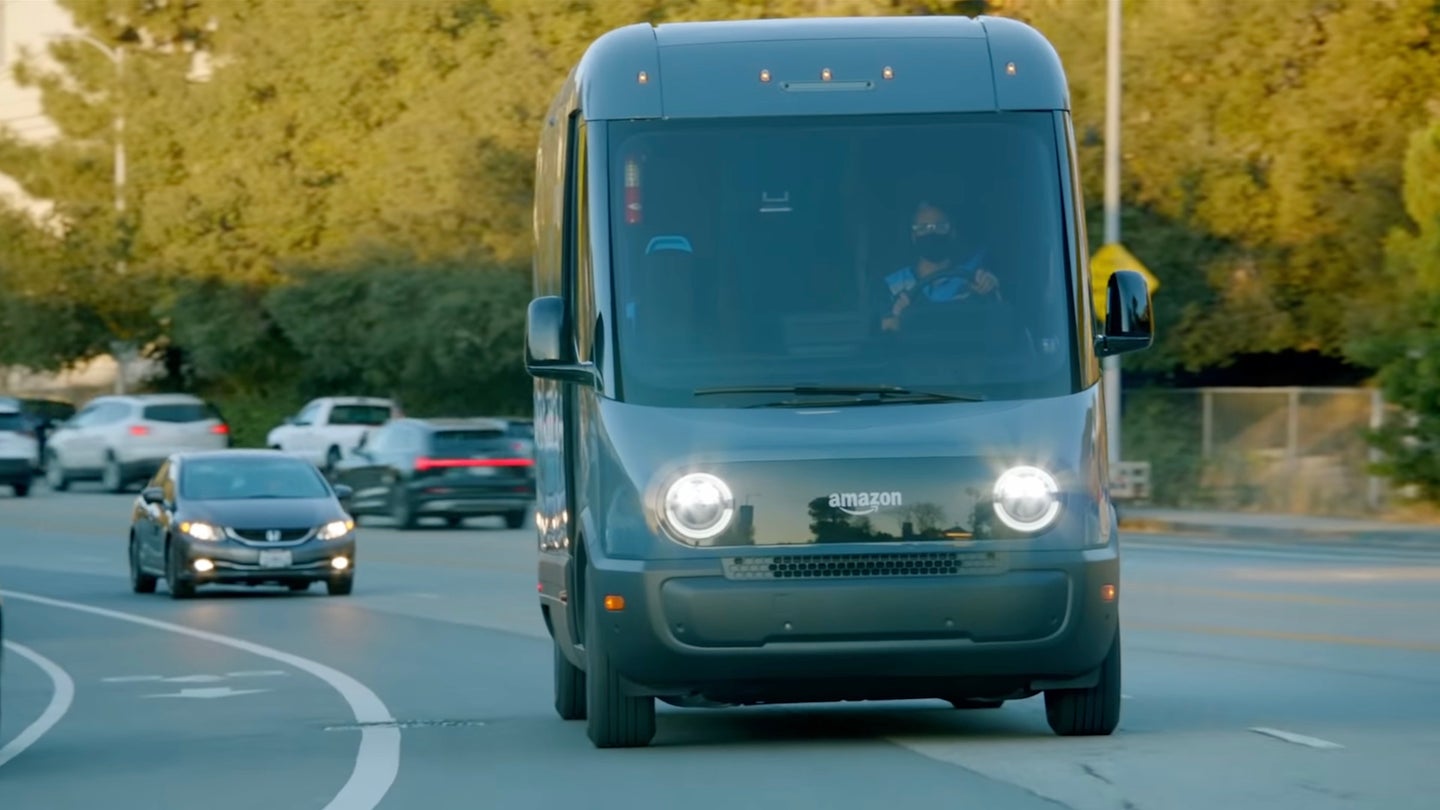 Rivian's first production vehicle, the electric R1T pickup truck, has finally been driven by the public, and reception couldn't be much better. But as big an impact as the R1T made on me (and should make on Detroit), Rivian's pickup reportedly isn't at the top of its list. Instead, reports Bloomberg, that'd be its contract with Amazon, which has Rivian scrambling to scale up production of its electric delivery van.

Citing "people familiar with the plan," the publication reports that R1T production has been steady but slow, with Rivian now focusing on achieving its first Amazon contract milestone of 300 vans by the end of 2021. The very first pre-production examples have reportedly already been delivered and are undergoing testing in cities around the United States.

Amazon's deal with Rivian gives it exclusive rights to all Rivian "Prime Vans,” as they're reportedly called internally, for four years after the first vehicles are delivered, and the right to first refusal for two years thereafter. Along the way, Rivian must reach the 10,000-van milestone by the end of next year and is contractually obligated to hit 100,000 by the end of the decade. That number, though, is reportedly being treated not as a goal, but only a starting point for Rivian's potential supply relationship with Amazon.

"You can safely assume 100,000 vans is not really the objective," said one source reportedly familiar with the contract. "If Amazon really wants to change over their fleet—because how else are they going to become carbon neutral—then you can imagine the size of the order and how big it will be."

Despite being one of Rivian's biggest investors, though, Amazon is reportedly not restricted to sourcing electric vans from Rivian; it could still buy the Ford E-Transit if it so chose. It's as crucial, then, for Rivian to step up with the Prime Van as it has the R1T, lest legacy rivals intrude on its relationship with Amazon. Selling vans by the thousands, after all, is a more consistent stream of revenue than its pricey R1T, whose demand isn't guaranteed to remain high as other electric pickups arrive, and the global economy continues to trip over COVID-19. At least Rivian has a nearly 49,000-strong order bank to start (slowly) working its way through.