Czech Republic Is Not on Board With EU Combustion Engine Ban

The country’s prime minister says it can’t enforce “what green fanatics devised in the European Parliament.” 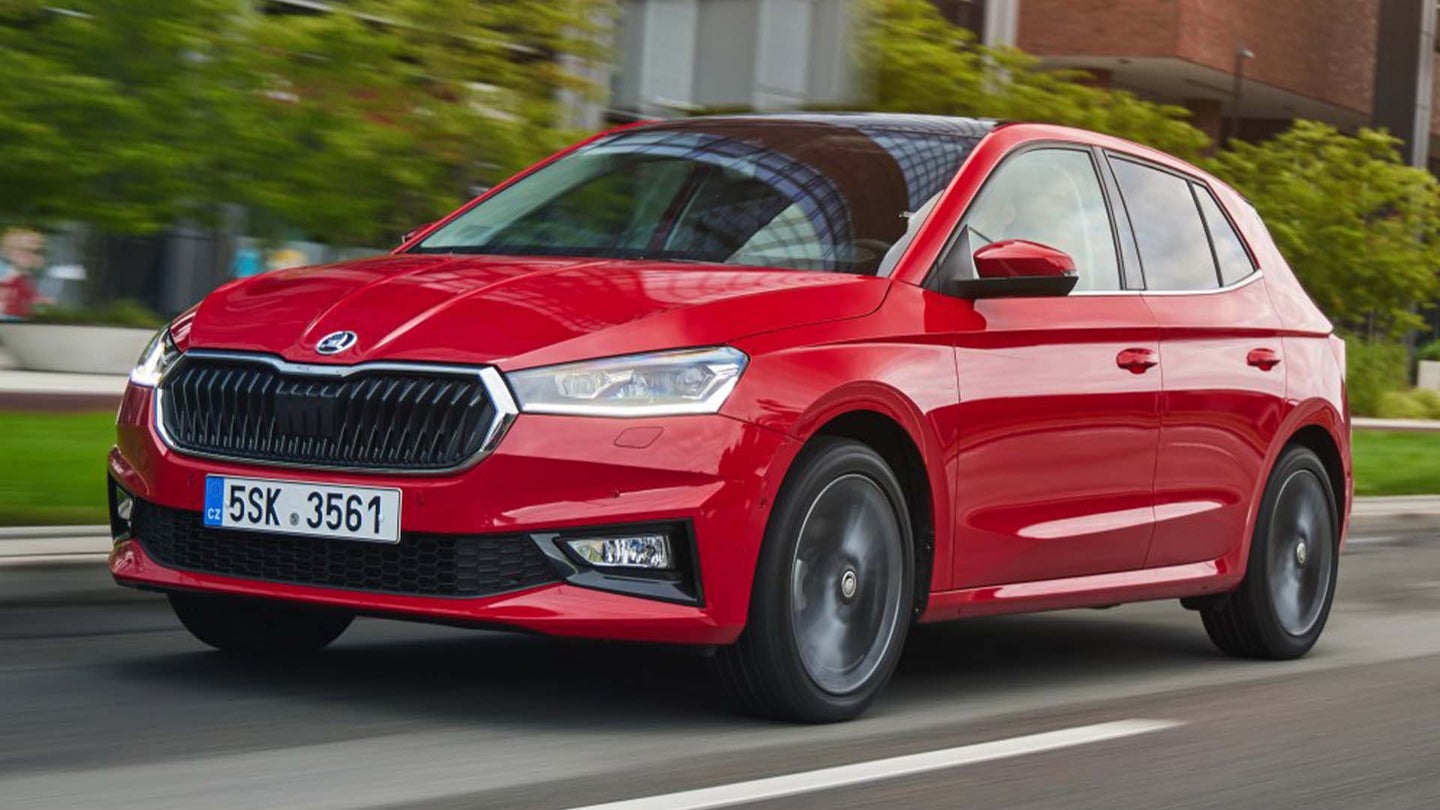 Y'know when someone orders pizza for your group and you don't like any of the toppings they picked? Well, the Czech Republic now finds itself in a similar pickle. See, it's not quite on board with the European Union's pledge to ban the sale of gas- and diesel-powered internal combustion cars by 2035. Czech prime minister Andrej Babis even told iDnes, "We will not agree with the ban on selling fossil fuel-powered cars. It's not possible. We can't dictate here what green fanatics devised in the European Parliament."

Babis reportedly goes on to say that the Czech Republic will support an EV infrastructure but refuses to subsidize actual EV production.

According to Bloomberg, one-third of the country's economy is tied to the automotive industry, with the Volkswagen Group-owned, homegrown Škoda brand operating two domestic factories in addition to other plants churning out Toyota and Hyundai products. So, any radical change in the European automotive landscape would likely also mean major disruption for the livelihoods of the Czech people. The report also points out that Babis is up for re-election next month. Are the Czech prime minister's words simply pandering to a population that he hopes will let him keep his job? Maybe, maybe not.

Either way, similar drama recently broke out when we all learned that Italy was in talks to exempt its exotic marques like Ferrari and Lamborghini from the same ICE ban. It didn't take long for Porsche, which already has a high-performance EV on the market in the form of the Taycan, to then call foul.

Over the past few years, jurisdiction after jurisdiction has laid out intentions to stop the sale of fossil fuel-burning automobiles by the middle of the next decade. These include but aren't limited to California, Canada, and the United Kingdom which, in case you forgot, is no longer part of the E.U.

The Italian government is working on a deal with the EU, arguing small-batch supercar combustion engines should be saved.