Acura’s NSX Is Not Going Gently Into That Good Night

Go inside the development of the 600-hp NSX Type S as Acura prepares to phase out its mid-engine coupe. 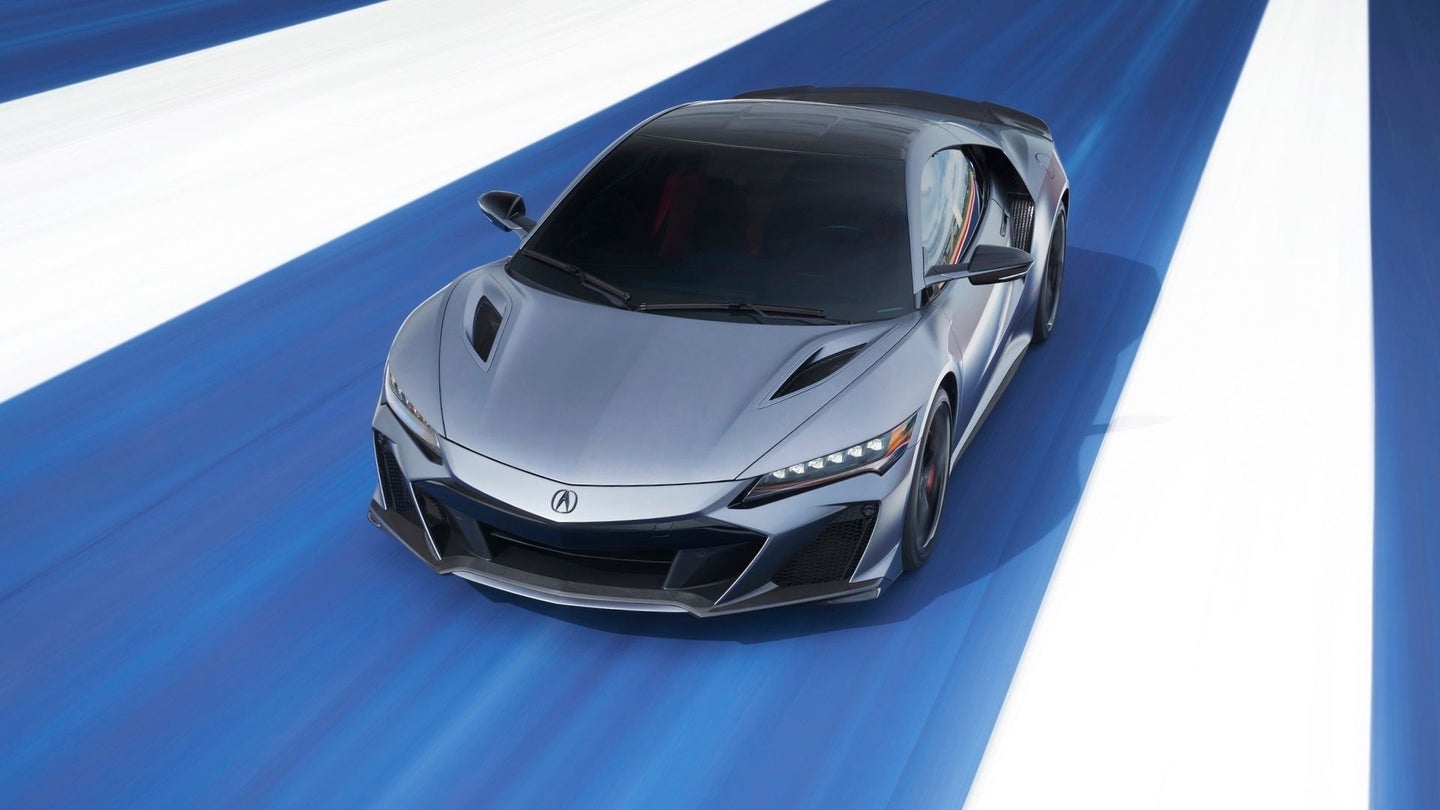 I’ve lost count of how many musical acts have launched a “farewell tour” and then went back on the road again a year later. Either the artist changed their mind or it was a smart marketing ploy. I'm not ready to say goodbye, but Acura debuted its NSX Type S as a sendoff version of the supercar a few weeks ago during Monterey Car Week and I'm hoping it's just a pause, not a stop. If we're reading between the lines, it sounds like the brand has another NSX up its sleeve anyway, and maybe even an EV.

"The first-gen was gas. Second-gen was a hybrid. There's gonna be another one," Acura Vice President and Brand Officer Jon Ikeda told us. In the meantime, Acura has created a video including the chief engineer and exterior designer of the Type S to explain the changes from the previous model and get us hyped up about the brawny NSX all over again.

The previous generation NSX was penned by Michelle Christensen, the first female design lead for a supercar (now she's designing for Nissan). The new model has been altered significantly for aerodynamic efficiency, putting into play a new nose and a larger diffuser on the back end.

NSX Type S development leader and chief engineer Satoshi Mizukami explains in the video some of the design and engineering decisions.

“To increase cooling performance, we must enlarge the front intakes. But if we make them too big and too much air comes in, it cools well but driving stability goes down. By smartly using carbon parts, the lost downforce can be recovered by the spoiler to achieve peak cooling performance and stability.”

Development team members with racing experience performed the aerodynamic calculations, and while he says it’s unusual, Mizukami asked designers to participate in the wind tunnel testing to see how it performed. The engine produces a bracing 600 horsepower, up 27 hp from the previous model, and new forged alloy split-five spoke wheels widen the front and rear track of the NSX Type S by 0.4- inch in the front and 0.8-inch in the rear.

Mizumaki said the team wanted strong engine sounds inside the cabin. They want drivers and passengers to experience the “raw sound of the engine rotating beautifully.” The NSX has always been a brute, and the Type S is a fitting tribute.

The farewell tour of the NSX is going to roar. Get your tickets now.

“The first-gen was gas. Second-gen was a hybrid. There’s gonna be another one,” an Acura exec told The Drive.

The updates include new race car-derived turbos, a more aggressive launch, a quicker gearbox, and a new face as parting gifts.

The final edition of Acura’s flagship will be revealed at Monterey Car Week on August 12.