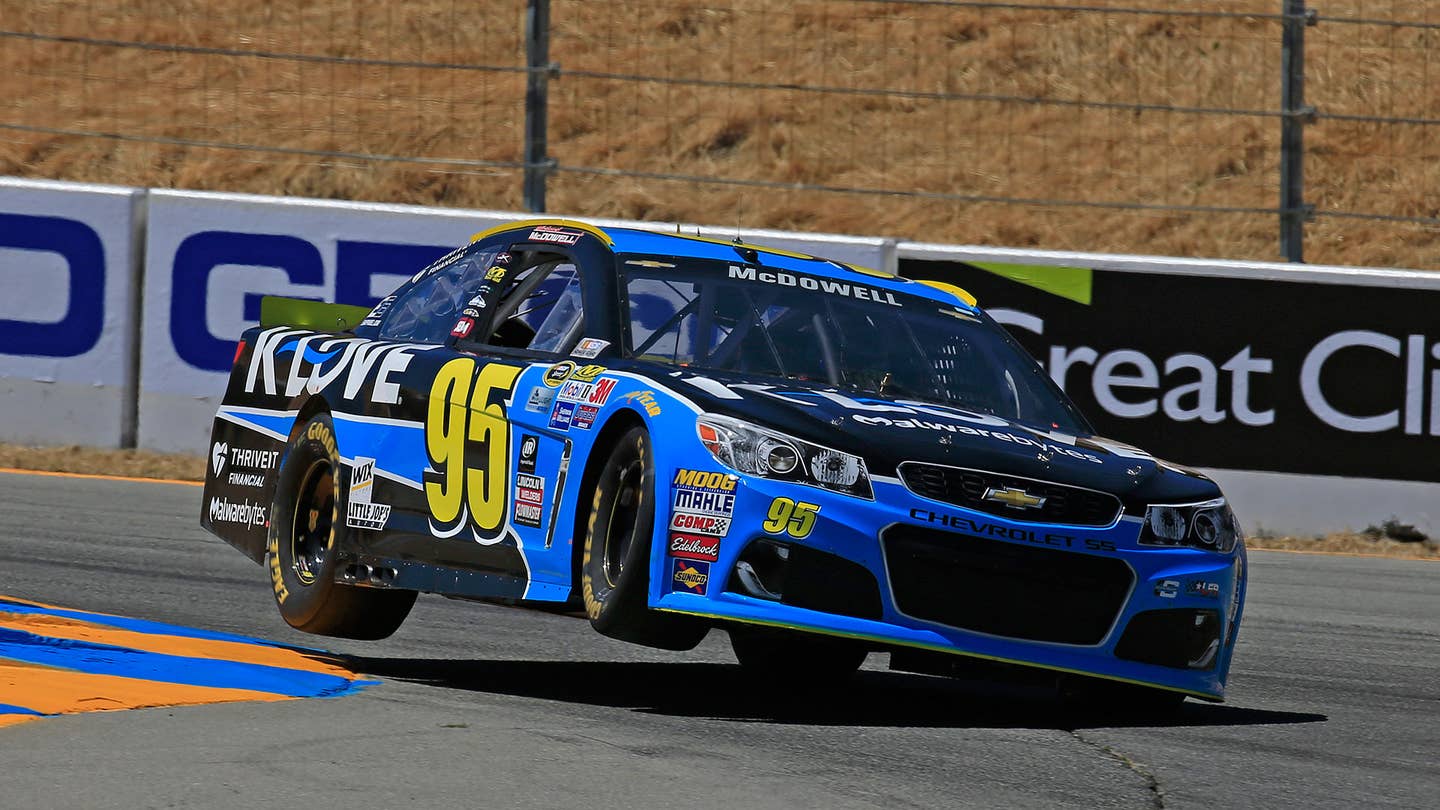 A NASCAR team received a costly lesson in cybersecurity earlier this year, when hackers used an increasingly popular form of cyberattack to capture the team's critical racing data, then held it for ransom.

Circle Sport-Leavine Family Racing was hit in April, just prior to a race in Texas. Three of their team computers became infected with the TeslaCrypt virus; in moments, crew chief Dale Winston saw the team's entire batch of track data suddenly gone, as well as personnel information and other testing data—an estimated 1,500 man-hours worth of work. Then the ransomers put a metaphorical gun to the team's head: Pay us within 48 hours, or the data is gone forever.

“First you don’t want to believe it, but every file I tried to open had the same thing,” Winston told Fox Sports. “You know in this sport, the computers have so much information on them, whether it’s track data or wind-tunnel data, engine data, personnel issues, parts issues — all sorts of information."

For a racing team, data is life. Every second of extra speed comes as the result of thousands of hours of testing—if you've ever seen the pits at a professional racing series, you've likely seen as many engineers hunched in front of computer screens as there are working on the car itself. So what does a team do when someone takes that data hostage?

“This was a completely foreign experience for all of us, and we had no idea what to do," Winston said. "What we did know was that if we didn't get the files back, we would lose years’ worth of work valued at millions of dollars.”

In the end, CSLFR paid up, and the hackers released the files back to the team. The post-hacking cleanup process revealed tens of thousands of infected files; since then, CSLFR has taken the step of protecting their files with security software.

Ransomware is fast becoming one of the most prevalent and disturbing types of hacking. Attacks like this rose sharply in 2015, and are again increasing thus far in 2016. Unlike ordinary virus software, which hides on your computer to steal data like credit card numbers, ransomware simply locks down your files and demands payment to release them. The FBI has suggested that cyber-extortion is trending to hit $1 billion in losses this year, with huge professional hacker networks sprinkled throughout the former Soviet Union and elsewhere.