Best idea, or the worst idea? 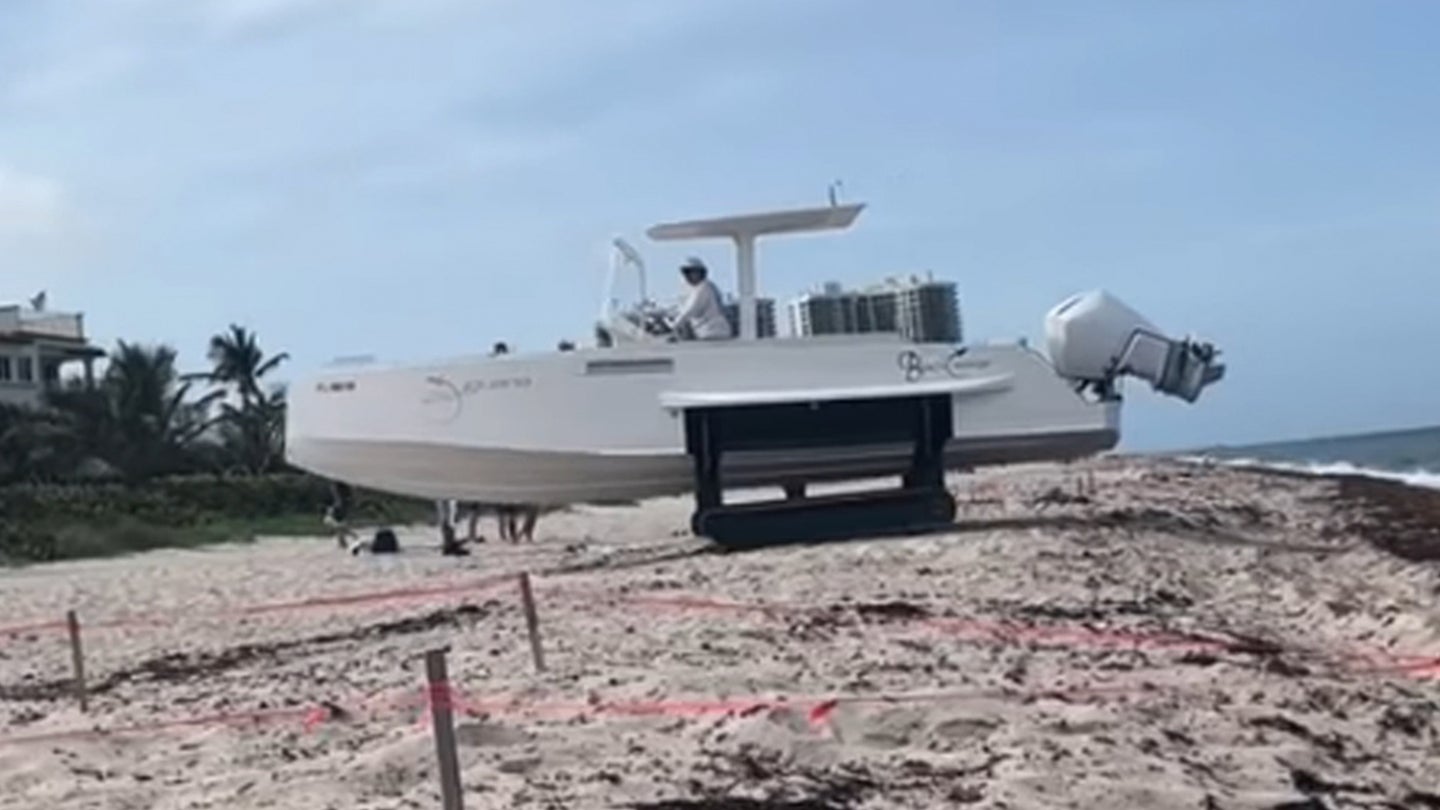 Like any hobby, boats are a huge pain in the ass. Seriously, take the normal maintenance of a car then add the complexity of something that can sink and has to be trailered anytime you want to move it out of the water. That's boating.

But still, people enjoy it. While I've always liked being out on the boat, my least favorite part has always been loading and unloading it (something I, admittedly, have never been good at). Apparently, some genius felt the same and figured they'd install a set of tank tracks so it can just crawl out of the water. No, really.

A viral Tik-Tok video shows a boat seemingly beaching on the sand, thought it quickly transitions to land with the aid of tank tracks. Kinda like a tadpole growing legs, if you think about it.

Now, amphibious cars aren't a new concept. In fact, the fictitious Lotus-turned-submarine from James Bond, called "Wet Nellie," even inspired the Tesla Cybertruck's design. This contraption isn't new either, though they aren't often spotted in the wild, it seems.

The boat is manufactured by a company called Iguana and has been around for a few years with its tank-like spin on Sea Legs. The tracks themselves are powered by batteries and provide a rather showy solution to moving from a secret island hideout to the water and back. Or on a public beach—I'm not judging.

Iguana offers several high-end vessels and they can all pull the same party trick. Some are for pleasure while others are aimed at more professional uses, like supervillains that are courting their newest evil assistant. No matter your preference, expect to shell out $290,000 at least.

So if you happen to see one of these while out and about, know that you aren't going crazy—a company actually makes these wild vessels. And despite being a luxury watercraft, they're surprisingly utilitarian. As for peasants like me? Well, it looks like I'm sticking with a trailer.