One of the world's most important international shipping arteries remains blocked this evening after the MV Ever Given, a 1,300-foot, 220,000-ton container ship, ran aground and got stuck almost completely sideways in the Suez Canal—cutting off a vital shipping lane between Europe and Asia and leading to a massive backup of over a hundred giant vessels as attempts to refloat the ship have so far failed, according to Bloomberg, local reports and satellite data.

Loaded with nearly 20,000 containers, the Panama-flagged MV Ever Given—notably one of the largest container ships in the world—was sailing from China for Rotterdam in the Netherlands and had just left port in Suez, Egypt at the southern edge of the canal when it ran aground Tuesday morning. It's not known yet how exactly it happened, but at only 80 feet deep and 673 feet wide, the canal offers little room for maneuvering, relatively speaking, should a huge ship veer off course or suffer some sort of control failure.

Satellite tracking data and photos from the scene show a flotilla of small tugs and even a land-bound excavator have spend all day trying to free the ship, but so far, it remains lodged lengthwise across the canal. There's literally no room for anything larger than a tugboat to pass by. The fleet director for the company that manages the Ever Given confirmed to Bloomberg that the ship suffered a "grounding incident" but added there were no injuries or reports of any pollution.

The Suez Canal runs through Egypt and connects the Mediterranean Sea and the Red Sea as the most direct way to ship goods between Europe and Asia. It also handles thousands of tankers a year bearing oil and natural gas from fields in the Middle East bound for Europe and beyond, so you could say it's a slight inconvenience to lose it as an option. Without the Suez, ships would have to sail all the way around Africa.

Beyond commerce, it's also a critically important passage for the U.S. military (and other counties' militaries) to move assets around the entire Gulf region.

As of publication time, the Ever Given can still be seen stuck across the canal on tracking sites like Vessel Finder. If it's still there in a few days, you know, there's always the giant chain. 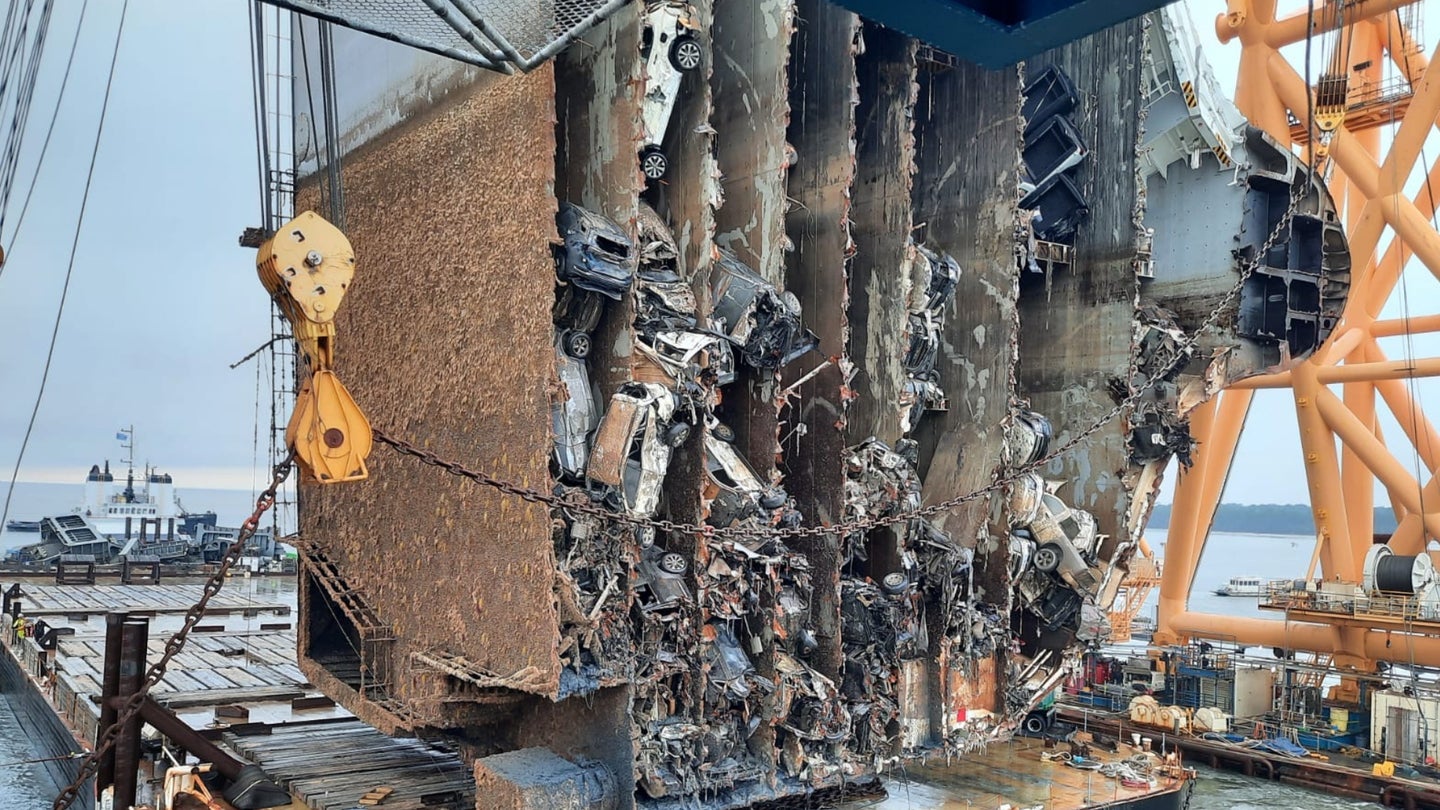 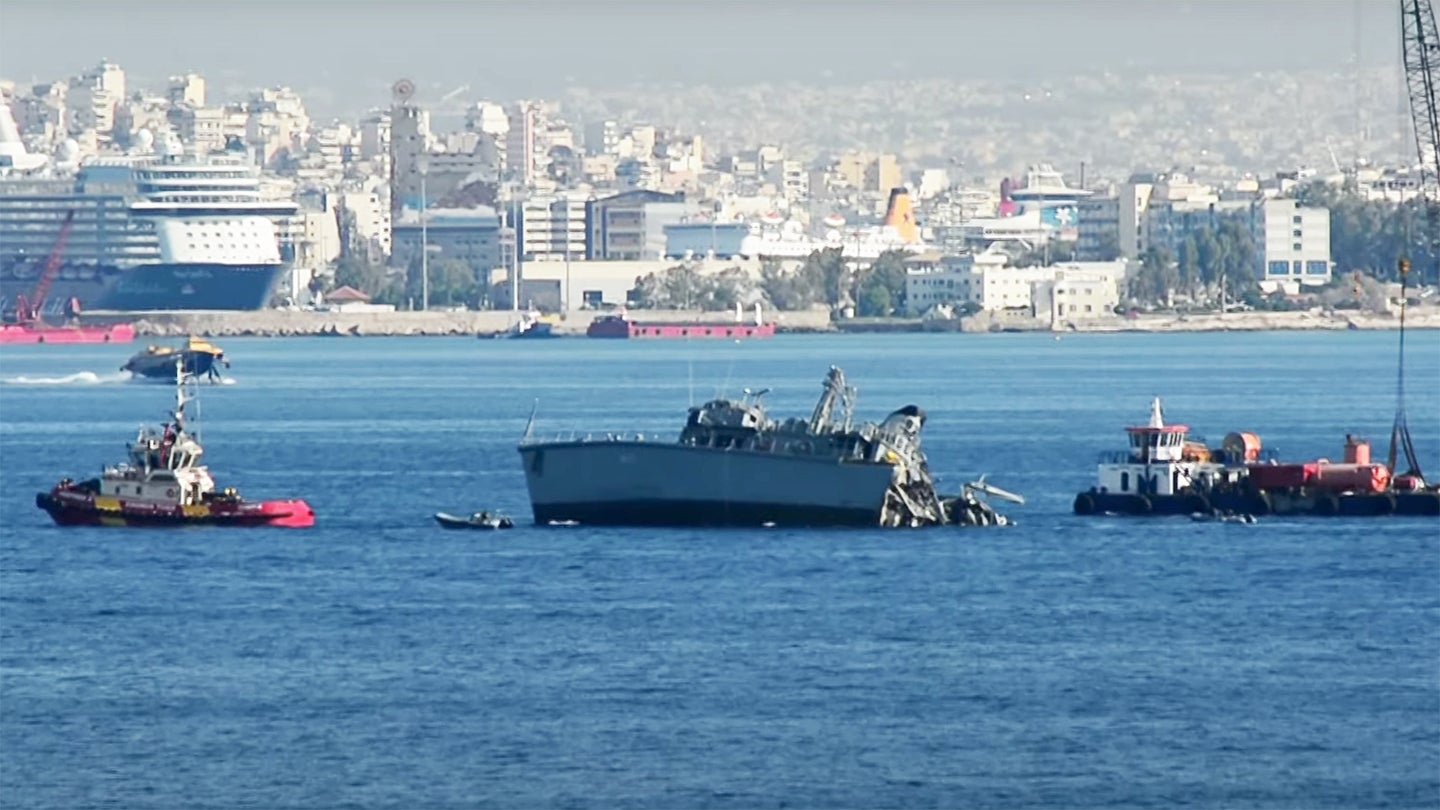 The odds were stacked against the Greek Navy vessel when it collided with a huge container ship in waters close to Athens. 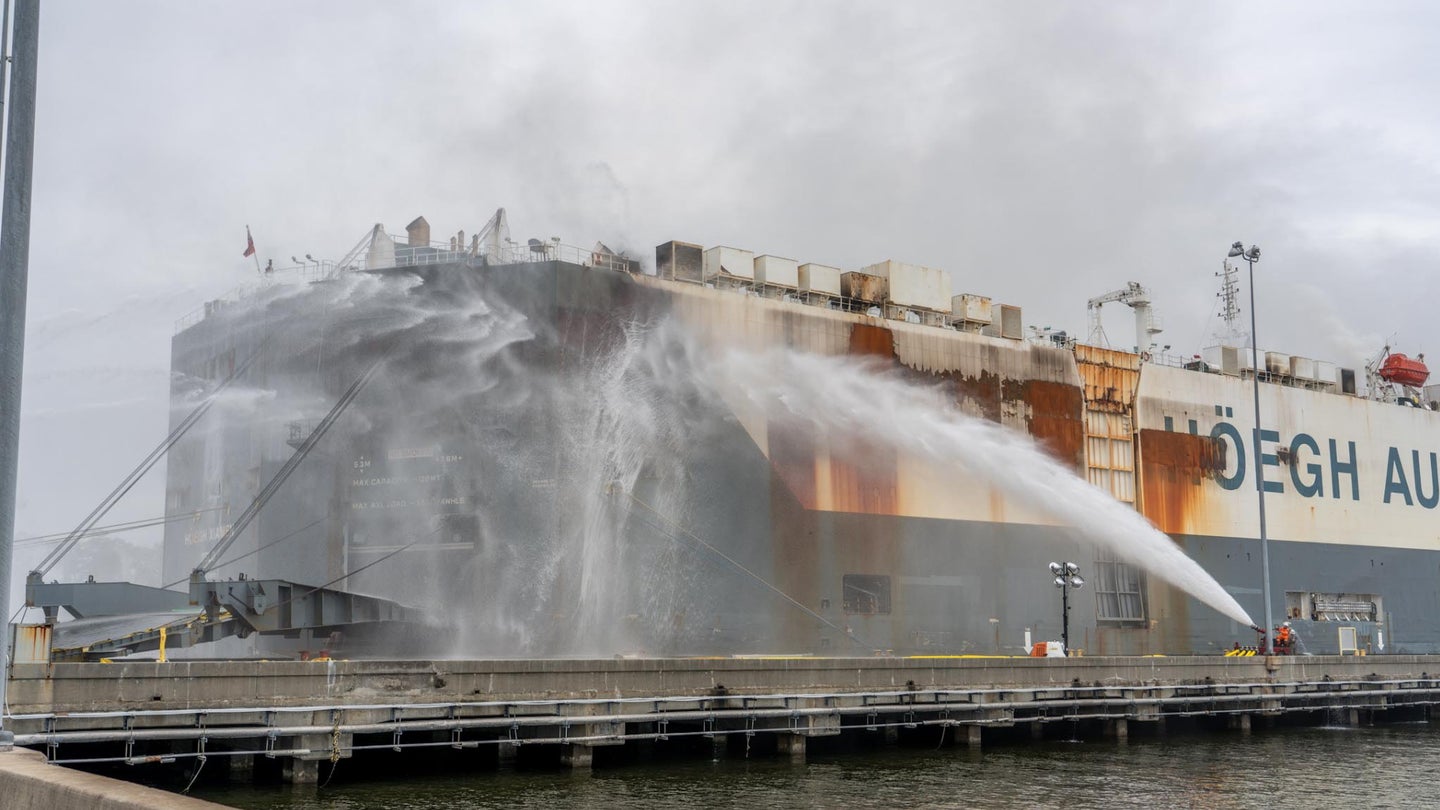